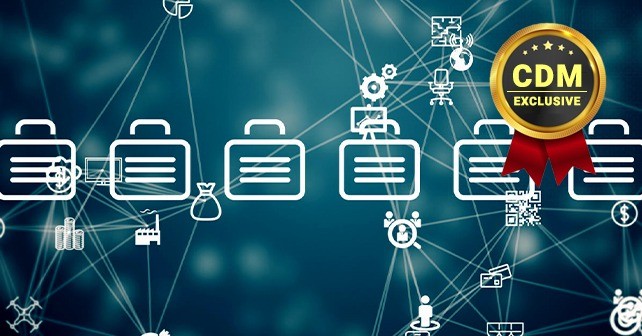 How the Internet of Things Could Compromise Online Security

The concept of an Internet of Things has been a dream held by many tech geeks. Up until a few years ago, though, the idea was one that just wasn’t practical to manage. Which company had the resources to maintain a network so that all the smart devices they manufactured could be brought online?

As our tech has advanced, though, we’re a lot closer to having all of our devices and appliances online. We have smartphones, smartwatches, smart cars, and even smart appliances now. It’s convenient – just hit a button on your app on the way home, and you can start the coffee maker or kettle.

Now, that’s just a small example of what’s possible. With IoT, we could end up controlling everything, from self-driven cars to the security systems of our homes remotely. It’s an exciting new world.

Unfortunately, it’s also opening the way for more cybercrime. 2017 saw a 600% increase in the incidences of IoT attacks. According to EveryCloud, Cybercrime netted $445 billion globally in 2018, so making things easier for cybercriminals by using IoT tech could well be a serious problem.

You might wonder what the big deal is. So what if someone takes control of your fridge?  What are they going to do, put the ice maker into overdrive? It doesn’t really seem like much of an issue until you consider that all of your devices would be tied into a central hub.

You’d have one hub to control them all. And, like with Sauron in the Lord of the Rings, one by one the last remaining free devices in your home or office would fall. Which, again, isn’t a huge issue when it comes to things like coffee makers and fridges.

It becomes an issue when the hacker is able to use the hub to access your smartphone or computer. They could hack into your smart speakers and eavesdrop on private conversations. They could hack your security cameras and have a good look around your home.

What about that driverless smart car you’ll have parked in the garage? It could be hacked and driven right to the thief’s location. Or, and here’s a scary thought, hacked while you or your kids are in it. Now, that might sound a little paranoid, but it’s something that we’ll have to consider in the future.

Part of the problem here would stem from the fact that there’d be differing levels of security on the devices that we’re using. We’ve already seen this when it comes to different Android devices. The devices themselves are only as secure as their basic operating software. There could well be loopholes for hackers to exploit.

And, while the security on a driverless car, for example, would be impeccable, the same is probably not true for your fridge or kettle. After all, who’d really want to hack those devices?

What Can We Do About It?

The safest bet would be to avoid using IoT devices. But who really wants to go to that length? Perhaps instead, it would be better to buff up on our security awareness training so that we better understand the concepts behind creating a completely secure system.

Fortunately, there’s a lot that we can do to secure our home and office systems against hacking. You already know the basics like using a secure password and up to date anti-virus system. Now it’s time to take things up a few notches.

You wouldn’t, for example, use the same password for both the hub and your car or other sensitive sites. You’d encrypt information stored on your system and create regular backups. You know the drill – by enhancing your online security, you can still enjoy the IoT.

Chris Usatenko is the Content Creator & SEO Specialist of the EveryCloud.  He is a Computer geek, writer, and gamer. Chris is interested in any aspects of the PC industry and videogames. Freelancer in his nature, he is willing to get experience and knowledge from around the world and implement them in his life.Chris can be reached online at Email: chris@securitymedia.org, Twitter: https://twitter.com/CUsatenko and at our company website https://www.everycloud.com/

Airplane manufacturer Bombardier has disclosed a security breach, data leaked online This man was planning to kill 70% of Internet in a bomb attack against AWS Making the Most of Virtual Cybersecurity Events for your Company and the Community SOCs to Turn to Security Automation to Cope with Growing Threats Bitcoin Soars but Will Security Risks Spark Greater Regulation? Thousands of VMware Center servers exposed online and potentially vulnerable to CVE-2021-21972 flaw The builder for Babuk Locker ransomware was leaked online SAP systems are targeted within 72 hours after updates are released
September 8, 2019