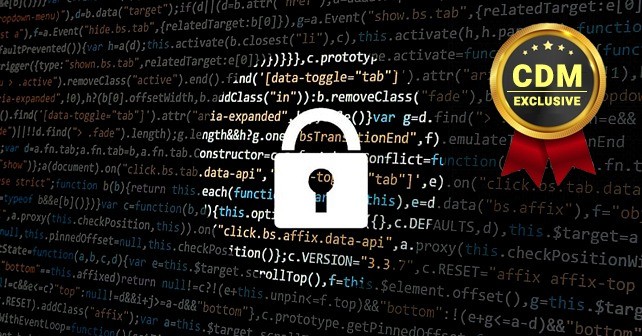 How Cybersecurity Became a Major Issue for Your Business’ SEO

Cybersecurity is no longer a niche issue that you can afford to ignore. Every year, half of all businesses report being hacked, and this can cause huge problems with the smooth running of organizations. But you might not realize that one of the big issues that cyber breaches effect is search engine optimization (SEO).

In the past, you might not have thought about the link between cybersecurity and SEO, but it has now become a very large problem. In this article, we take a look at how your business’ SEO efforts could be put at risk by cyber breaches, as well as looking at what you can do to mitigate risk.

The problem of downtime

One of the major issues that a cyber breach can cause for your site is downtime. Not only can a cyber-attack take your website offline, but you may also need to have further time without your website live in order to fix the issue. But lengthy periods of downtime can be a nightmare from an SEO perspective.

When Google sees that your site is down, it recognizes that you are having problems. If this is only for a short period of time, it is unlikely to have a negative effect. But Google’s sophisticated algorithm understands that if a site is down for an extended period, there are more serious problems.

When Google notices that a website has been compromised, it will often display warning text in its listings. This warning text reads: “This site may be hacked”. If you see this text against your site, then Google believes that you are having a cybersecurity problem.

Once again, in terms of SEO, this is bad news, as user behavior is taken into account by Google’s RankBrain algorithm. When users see a hacked site warning, they are less likely to click on your listing.

Did you know that reviews about becoming important as a ranking factor under Google’s algorithm? Google likes to see sites getting positive reviews, and is concerned when a site gets a lot of negative ratings. This is where a cyber attack can impact your SEO.

If your site is hacked then users are more likely to give a bad review due to the issue. As these negative ratings build up, they can see your site fall in the rankings.

Common cyber-attacks that could damage your SEO

There are many ways that cybercriminals might attempt to compromise your site, all of which can have the kind of impact on SEO that has been mentioned above. Here we will take a look at some of the most common cyber attacks that can damage SEO – as well as what you can do to defend your business against them.

Ultimately, cybersecurity has now become an issue that highly relevant to your SEO efforts, and this needs to reflect in the amount of time and budget you put into your security work. This is the only way to minimize the risk that you could be hacked and that this hack could burden your optimization.

Chester is an independent cybersecurity specialist. Chester Avey has over a decade of experience in business growth management. He enjoys sharing his knowledge with other like-minded professionals through his writing. Find out what else Chester has been up to on Twitter: Chester Avey can be reached online at chesteravey@outlook.com & @Chester15611376.