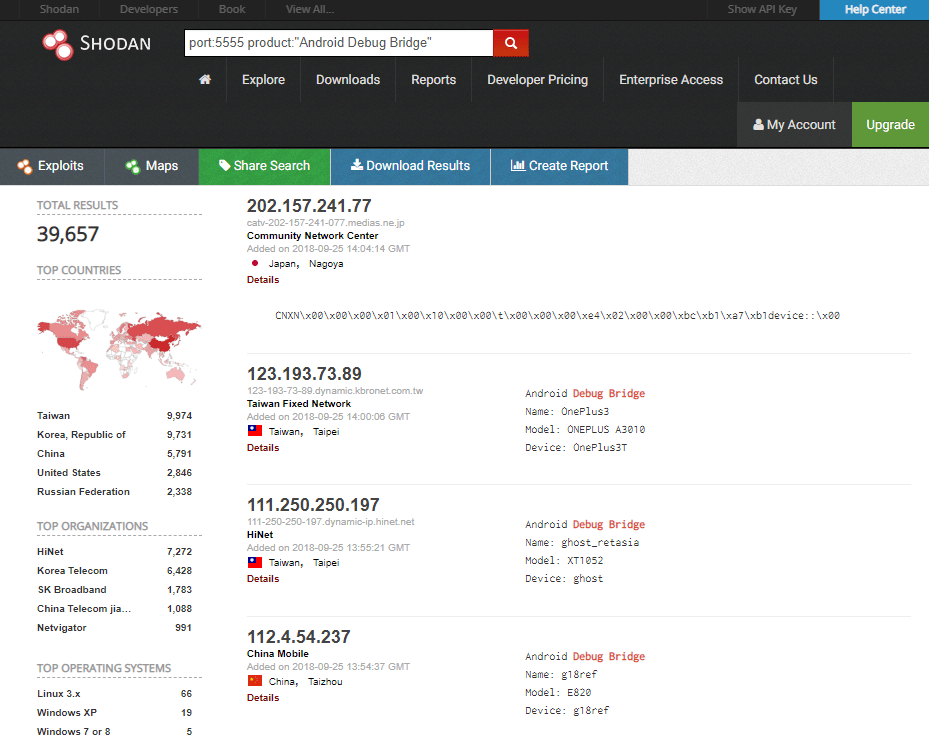 The latest samples of the HNS bot were designed to target Android devices having the wireless debugging feature ADB enabled.

The Hide and Seek (HNS) IoT botnet was first spotted early this year, since its discovery the authors continuously evolved its code.

The IoT botnet appeared in the threat landscape in January, when it was first discovered on January 10th by malware researchers from Bitdefender, then it disappeared for a few days, and appeared again a few weeks later infecting in a few days more than 20,000 devices.

In the same month, experts from Netlab observed the Hide ‘N Seek botnet targeting also cross-platform database solutions. It is currently the first IoT malware that implements a persistence mechanism to keep devices infected after reboots.

The latest samples of the HNS bot were designed to target Android devices having the wireless debugging feature enabled instead of exploiting known vulnerabilities.

By default, Android has Android Debug Bridge (ADB) option disabled, but often vendors enable it to customize the operating system, then ship the devices with the feature turned on.

The authors of the HNS botnet are attempting to compromise new devices by exploiting the features.

“The newly identified samples add functionality by exploiting the Android Debug Bridge (ADB) over Wi-Fi feature in Android devices, which developers normally use for troubleshooting.” reads the analysis published by BitDefender.

“While it’s traditionally disabled by default, some Android devices are shipped with it enabled, practically exposing users to remote connections via the ADB interface that’s accessible using the TCP port 5555. Any remote connection to the device is performed unauthenticated and allows for shell access, practically enabling attackers to perform any task in administrator mode.”

In February 2018, security researchers at Qihoo 360’s Netlab have spotted an Android mining botnet that was targeting devices with ADB interface open.

The recent improvement of the Hide and Seek botnet, allowed its operators to add 40,000 new devices, most of them in Taiwan, Korea, and China.

Expert pointed out that the HNS bot could infect any device, including smart TVs and DVRs, that has ADB over Wi-Fi enabled could be affected too.

“It’s safe to say that not just Android-running smartphones are affected — smart TVs, DVRs and practically any other device that has ADB over Wi-Fi enabled could be affected too.” concludes Bitdefender.

“Considering the evidence at hand, we speculate the botnet operators are constantly adding new features to “enslave” as many devices as possible, although the true purpose of the botnet remains unknown.”