Hackers use e-skimmer that exfiltrates payment data via Telegram

Attackers encrypt payment data to make identification more difficult before transferring it via Telegram’s API into a chat channel.

“For threat actors, this data exfiltration mechanism is efficient and doesn’t require them to keep up infrastructure that could be taken down or blocked by defenders,” explained Jérôme Segura of Malwarebytes. “They can even receive a notification in real time for each new victim, helping them quickly monetize the stolen cards in underground markets.”

The new technique was first publicly documented by the security researcher @AffableKraut who spotted a credit card skimmer using Telegram to exfiltrate the data. The experts used data shared by security firm Sansec.

The software skimmer looks for fields of interest, such as billing, payment, credit card number, expiration, and CVV. The skimmer also checks for the usual web debuggers to prevent being analyzed by security researchers. 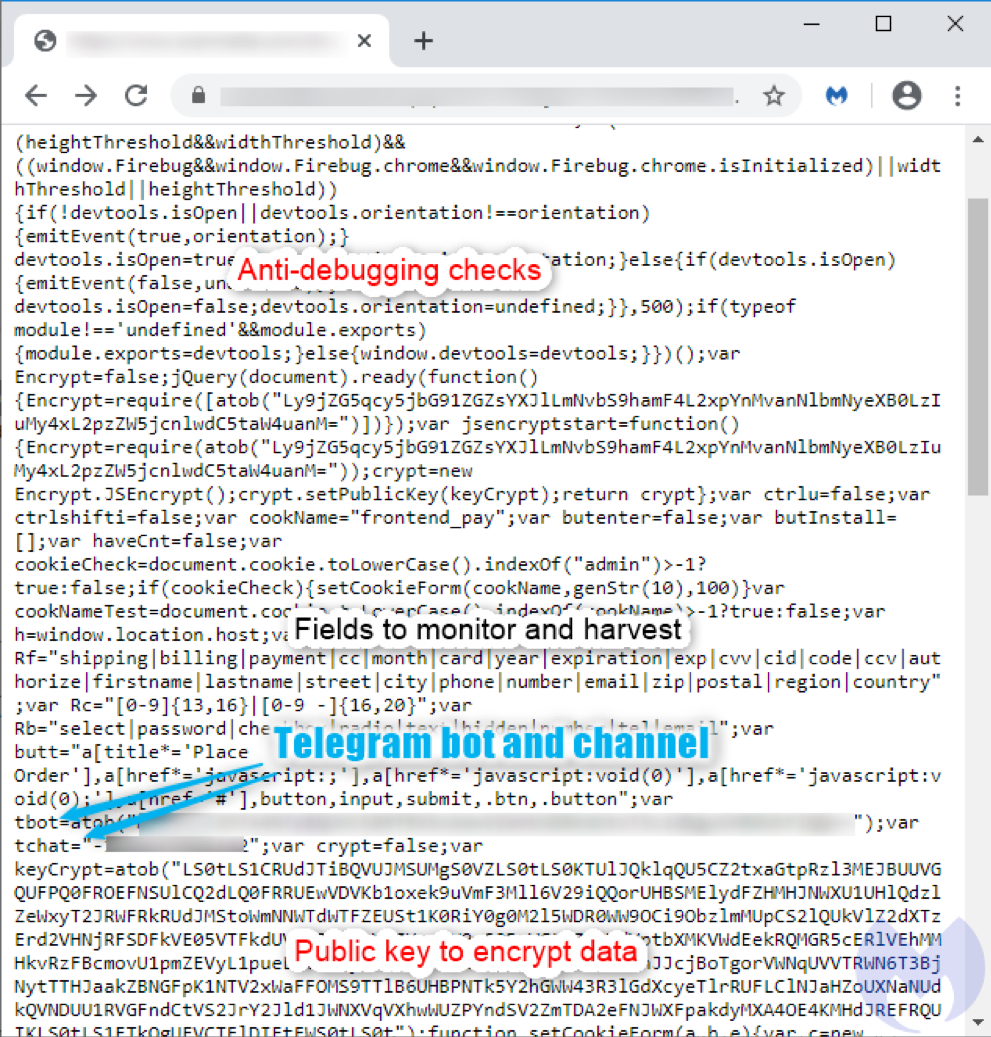 The use of Telegram represents the novelty of the Magecart attacks analyzed by Malwarebytes.

“The fraudulent data exchange is conducted via Telegram’s API, which posts payment details into a chat channel,” continues Segura. “That data was previously encrypted to make identification more difficult.”

The attackers use Telegram to avoid setting up a dedicated C2 infrastructure to collect the stole payment details from the infected sites, the choice makes more difficult the detection of malicious traffic within compromised organizations.

Another advantage consists in the possibility to receive a notification in real time for each new victim, in this way threat actors can quickly monetize the stolen cards in the cybercrime ecosystem.

“For threat actors, this data exfiltration mechanism is efficient and doesn’t require them to keep up infrastructure that could be taken down or blocked by defenders.” concluded the post.

“Defending against this variant of a skimming attack is a little more tricky since it relies on a legitimate communication service. One could obviously block all connections to Telegram at the network level, but attackers could easily switch to another provider or platform (as they have done before) and still get away with it.”