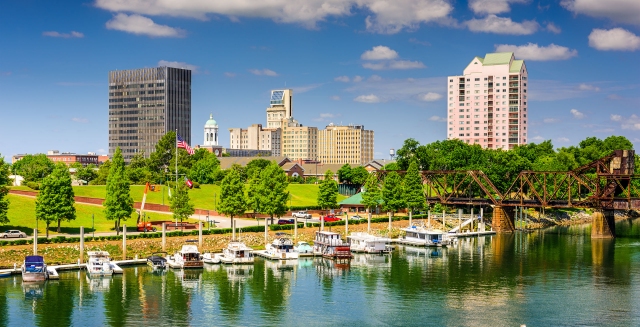 Augusta, Georgia – if you aren’t from there you’re thinking pine trees and backwoods, right?  We’ll, after my recent visit, it’s more than dogwoods, pines and horseback riding.

Photo of The Masters Golf Course, Courtesy of Columbia County

Yes, it’s also the home of The Masters golf tournament, which I was lucky to attend this year and enjoy my first sugar cookie peach ice-cream sandwich, made with Georgia peaches and local dairy milk but hold on – it’s also now recognized as a cybersecurity hub and a booming cyber job industry.

Is Augusta Georgia’s little (but not for long) secret cybersecurity hub?  And why Augusta, you ask?  In a now booming metro area of 600,000 people located about 150 miles from Atlanta? The reason starts with Fort Gordon, the nearby Army post. It’s the home of the Army’s Signal Corps who today specializes in helping America’s military communicate through the latest in high technology.  While the NSA’s main headquarters is Fort Meade, there’s a growing team at Fort Gordon.

Fort Gordon is fast becoming a center for joint forces activities, training and operations. Fort Gordon is a major employer in east Georgia. With a workforce of 15,717 military and 7,112 civilians, much of the installation’s annual economic impact of nearly $1.4 billion goes directly into area shops, real estate, banks and other businesses.

If you can get ‘cleared’, there are growing jobs here for you with the NSA.  You will enjoy the southern charm and hospitality with riverfront living, horse country, being two and a half hours from the beach or major cities like Savannah or Atlanta, a hip and diverse culture with some big city feel but small-town charm.

The Future Starts in Augusta

The Augusta Region has long been home to tech- and cyber-related companies such as Unisys’ worldwide security operations and the high-tech, mixed-use Augusta Cyberworks development at Sibley Mill, which is one of the reasons Fort Gordon was chosen by the Pentagon.  Augusta is becoming a major hub for cybersecurity in the U.S., thanks to the Pentagon’s 2013 announcement that the U.S. Army Cyber Command would relocate from Fort Meade in Maryland to Fort Gordon in Augusta.

A rendering of The Hull McKnight Georgia Cyber Innovation and Training Center. GTA.GEORGIA.GOV

Also, the Georgia Cyber Innovation and Training Center — designed to promote modernization in cybersecurity through public-private partnerships — is under construction on Reynolds Street downtown.  The center will anchor AU’s Riverfront Campus.

Currently, there are more than 200,000 unfilled cybersecurity jobs nationwide.

The Cyber Institute, along with the Georgia Cyber Innovation and Training Center, will be working to fill those jobs, building a world-class workforce by improving Georgia’s cybersecurity education, training and research infrastructure.

The Augusta area is known for its balmy climate, with an annual average temperature of 64 degrees. Some studies suggest its location between the Atlantic and Gulf coasts contributes to generally mild winters. Those warm winters mean that outdoor pursuits – such as golf – can take place nearly year-round – it’s like living in San Francisco without paying a million dollars for a tiny apartment.  In fact, there’s amazing new construction in the $200k’s and $300k’s that provide incredibly comfortable 3 and 4 bedroom living with all the modern amenities you would expect – great neighborhoods, shopping centers, local food, entertainment and so much more.

Here are some of the reasons you should consider Augusta:

Some important links and sources for this article and for your research into Augusta, Georgia, USA:

We’re going to continue to cover this booming American secret throughout the year because we want folks who have cybersecurity skills to take advantage of the jobs and those who wish to gain newfound cyber skills to consider Augusta.

With much appreciation to the amazing team at http://www.choosecolumbiacounty.com,