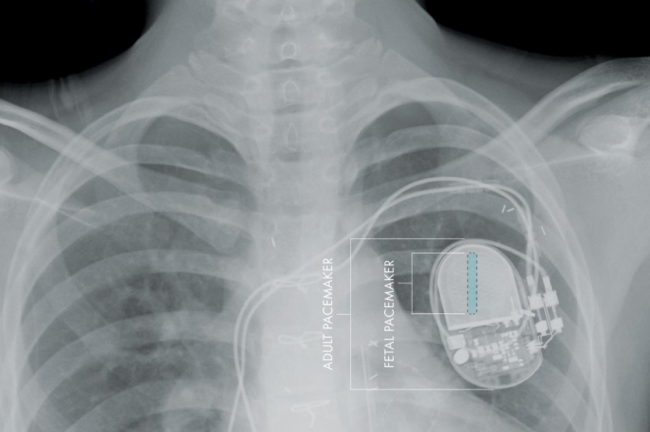 The United States Federal Drug Administration (FDA) is recalling 465,000 pacemakers that could be hacked by attackers.

The Food and Drug Administration (FDA) is recalling roughly half a million pacemakers because they are vulnerable to hacking, million people in the United States urge to get their pacemakers updated.

In May, researchers from security firm White Scope analyzed seven pacemaker models commercialized by four different manufacturers and discovered that medical devices could be hacked with  “commercially available” equipment that goes between $15 to $3,000.

The FDA has recalled 465,000 pacemakers after discovering security vulnerabilities that could be exploited by hackers to reprogram the medical devices to run the batteries down or in a terrifying hacking scenario to modify the patient’s heartbeat.

The good news is that there are no reports of hacked pacemakers yet.

The affected devices belong to six types of pacemakers manufactured by firm Abbott, they include the Accent, Anthem, Accent MRI, Accent ST, Assurity, and Allure.

The companies developed a firmware update that force authentication the to connect the devices.

The devices were manufactured before August 28th.

“As medical devices become increasingly interconnected via the Internet, hospital networks, other medical devices, and smartphones, there is an increased risk of exploitation of cybersecurity vulnerabilities, some of which could affect how a medical device operates.”

Fortunately, the firmware running on the affected pacemakers could be updated without removing them from the patients.

Patients should go to their healthcare provider to receive a firmware update, an operation that is very simple that would take just 3 minutes.

“The new pacemaker firmware update is part of Abbott’s planned enhancements that began with updates announced in January 2017 to the Merlin@home™ v8.2.2 software. The new updates provide an additional layer of security against unauthorized access to these devices.” reads the Abbott’s press release.

“The update contains a software release that includes data encryption, operating system patches, and the ability to disable network connectively features, in addition to the firmware update.”

“Every pacemaker manufactured beginning Aug. 28, 2017, will have this update pre-loaded in the device and those devices will not need to be updated.”