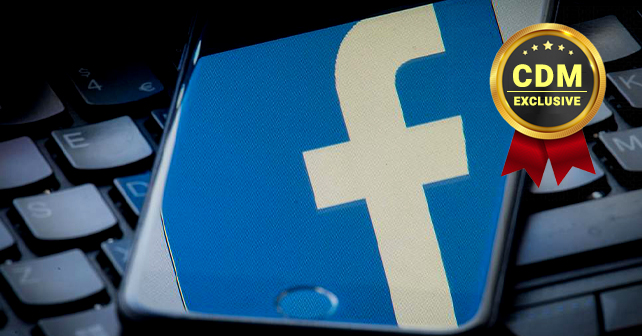 By Dan Goldstein and Jill Messinger

Data privacy is a big issue today. Just a few weeks ago, cable news pundits were breathlessly describing the wide-ranging impact of the Cambridge Analytica scandal. More recently, SEO and online marketing publications have been highlighting the EU’s General Data Protection Regulation (GDPR). When you combine this with high profile data breaches from large corporations, it is no wonder that the public is becoming more skeptical of the way large companies and online platforms safeguard their users’ privacy.
Many users have lost faith in Facebook’s ability and desire to protect user privacy with some deleting or threatening to delete their profiles altogether. In fact, a recent Reuters poll shows that a majority of Americans don’t trust Facebook to obey laws that protect their personal data.

Facebook has responded to this new reality and seems to be getting the message that privacy and transparency are important to its users. It started with Mark Zuckerberg’s public testimony before a congressional committee, but Facebook has not stopped there.

Clear History will provide Facebook users the ability to clear cookies and history within the social media platform, including the websites they’ve visited and the content they’ve clicked on. And while this new privacy feature was surely developed to improve Facebook’s reputation in the current climate, it will definitely affect the way the social platform is utilized – both for users and marketers.

Before we get into the Clear History update, let’s review what happened with Cambridge Analytica and how that differs from typical Facebook advertisers.
Cambridge Analytica had access to private user data that was harvested by a professor at Cambridge University (Dr. Aleksandr Kogan). According to Recode.net, Dr. Kogan created an app called “this is your digital life” that utilized Facebook’s login feature.

Today, Facebook advertisers don’t have access to the private information that was used and manipulated by Cambridge Analytica. In fact, Facebook users are typically served advertisements via information they voluntarily provide, such as marital status, date of birth, where they graduated college, where they live, as well as companies, interests, and brands they “Like”.

Of course, a significant amount of targeting data also stems from external websites, search queries, and data collection companies. However, this data is not shared with advertisers. Rather it is used by Facebook to ensure that an advertiser’s ads target the right users. This benefits the advertiser and makes the Facebook experience more enjoyable since each person is served ads that are specifically relevant to that user.

The high degree of personalization on Facebook is what makes each individual user’s experience feel unique. It’s essentially what makes Facebook, Facebook. Content, friend suggestions, apps, advertisements, etc. are all targeted to specific individuals based on their interests, which is accumulated over time as you use Facebook and the Web.

When Zuckerberg made his Clear History announcement, he acknowledged that “when you clear your cookies in your browser, it can make parts of your experience worse. You may have to sign back into every website, and you may have to reconfigure things. The same will be true [with Facebook’s Clear History]. Your Facebook experience won’t be as good while it relearns your preferences.”
For Facebook users, restricting what Facebook knows about you through your online history will probably result in a much more generic experience, at least initially. It will be interesting to hear user feedback after the Clear History option is released.

Privacy advocates have been lobbying for stronger privacy settings and increased transparency so users can see what is happening with their private data. Facebook’s Clear History is a good step in that direction. It remains to be seen, however, how many Facebook users will actually take advantage of this option. And, for those who try it, how many will regularly go back and use it again, particularly if the user experience is more generic.

Social media marketing in the age of data privacy

From a marketing standpoint, Facebook’s in-depth understanding of its users, both demographically and geographically, makes Facebook an ideal advertising platform. It allows advertisers to ensure that their ads are reaching the right target audience at the right time.
Here at Page 1 Solutions, we work with clients in the plastic surgery, cosmetic dentistry, ophthalmology, and personal injury law verticals. Our marketing specialists rely on Facebook to build our clients’ brands and market their services directly to people who those clients can help. For example, if a law firm wants to generate new cases involving nursing home abuse and neglect, it can use Facebook to advertise to a highly targeted audience. In addition to restricting the ad campaign to users in the appropriate geographic and demographic groups, we can narrowly target the ads to people who have searched for or expressed interest in things like nursing homes, caretakers, elderly care, negligence, lawyers, legal advice, and so on.
If Clear History is widely adopted by Facebook users, a similar ad campaign would have to cast a much wider net and would not be able to target the right people at the right time. This could mean that many users with no interest in our clients’ services would be served nursing home neglect ads, whether or not those ads are relevant to them. We expect that such a campaign would irritate users and waste our clients’ marketing dollars. In the long run, advertising without precise targeting options and user data could delegitimize Facebook as a viable advertising platform altogether.

Facebook is taking appropriate steps to appease privacy advocates and reassure users that their privacy is a priority. It will be interesting to see if Facebook’s newfound belief in user privacy is enough to win back the trust of its users. And, if Clear History is widely used, there is an open question as to whether it will kill Facebook’s golden goose.