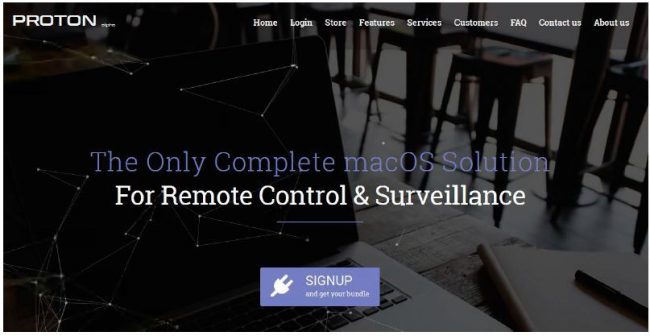 Security experts from Kaspersky Lab have discovered a precursor of the infamous Proton macOS malware that was named Calisto.

Malware researchers from Kaspersky Lab have discovered a malware, tracked as Calisto, that appears to be to the precursor of the Proton macOS malware.

“We recently came across one such sample: a macOS backdoor that we named Calisto.

The malware was uploaded to VirusTotal way back in 2016, most likely the same year it was created. But for two whole years, until May 2018, Calisto remained off the radar of antivirus solutions, with the first detections on VT appearing only recently.” reads the analysispublished by Kaspersky.

“Conceptually, the Calisto backdoor resembles a member of the Backdoor.OSX.Proton family:”

The malicious code seems to have been developed in 2016, while Proton was first spotted in 2017.

According to the experts, the malware was uploaded on VirusTotal in 2016 but none noticed it until May 2018. Kaspersky has no information about the way the threat was propagated, they immediately noticed that some features implemented by Calisto were still under development.

The Calisto installation file is an unsigned DMG image under the guise of Intego’s security solution for Mac.

The analysis published by Kaspersky revealed that many features implemented in Proton malware were not present in Calisto.

Proton malware was first discovered in March 2017, threat actors were offering for sale it on an underground hacking forum for a price ranging from $1,200 to $830,000 for the entire project.

A few weeks later the malware was involved in attacks in the wild for the first time, threat actors hacked the website of the HandBrake app and poisoned the official app with it.

In October 2017 attackers distributed the Proton RAT poisoning legitimate applications, such as the popular Elmedia Player and download manager Folx developed by the Elmedia Player.

Both Proton RAT and Calisto are remote access Trojan (RAT) that once infected a system give the attackers full control over it.

Calisto allows remote control of infected Macs, below some of the features it implements:

Static analysis conducted by the experts revealed unfinished functionality, including:

Experts pointed out that Calisto was developed before Apple rolled out the SIP (System Integrity Protection) security mechanism for this reason it is not able to bypass it.

“Calisto’s activity on a computer with SIP (System Integrity Protection) enabled is rather limited. Announced by Apple back in 2015 alongside the release of OSX El Capitan, SIP is designed to protect critical system files from being modified — even by a user with root permissions.” researchers explained. “Calisto was developed in 2016 or earlier, and it seems that its creators simply didn’t take into account the then-new technology. However, many users still disable SIP for various reasons; we categorically advise against doing so.”

This implies that Calisto cannot infect modern macOS versions, anyway below a few recommendations to protect against Calisto, Proton, and similar threats:

Currently Calisto appears to have been abandoned by its authors.