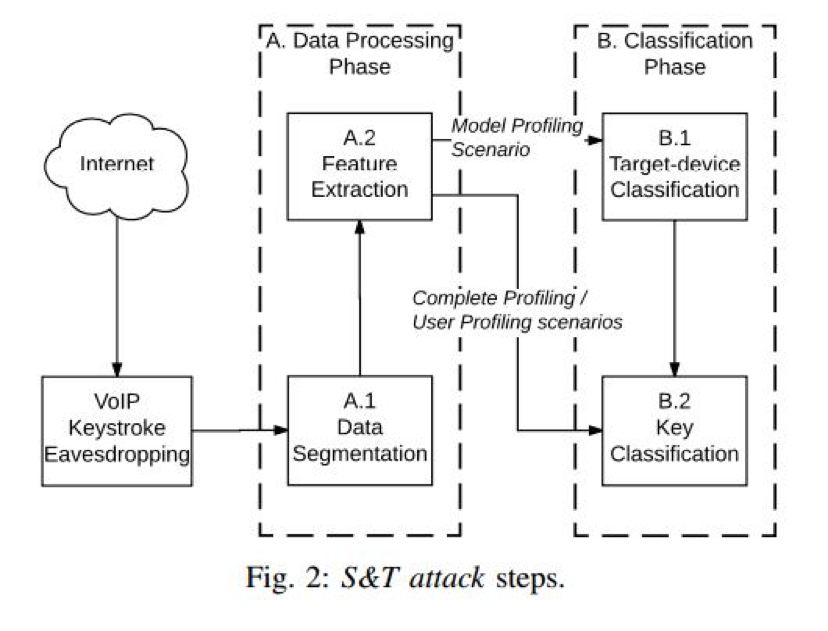 A group of security experts discovered that the Microsoft Skype Messaging service exposes user keystrokes during a conversation.

A group of researchers from the University of California Irvine (UCI) and two Italian Universities discovered that the popular Skype Messaging service expose user keystrokes during a call.

The researchers have devised a method to record the acoustic emanations of computer keyboards during a Skype call in order to reassemble them as a text.

The method leverage on the profiling of the user’s typing style and doesn’t request a proximity to the victim in order to capture keystrokes.

The experts devised a new keyboard acoustic eavesdropping attack based on Voice-over-IP (VoIP).

The VoIP software is able to eavesdrop acoustic emanations of pressed keystrokes and transmits them to the interlocutors involved in the VoIP call.

The attack is possible because each brand of keyboards emis distinct sounds, such as the various letters on the same keyboard. The technique presented by the researchers is able to discriminate these sounds and discover the typed text with an accuracy that depends on the knowledge of the user’s typing style.

Clearly, this attack poses a serious threat to the users’ privacy.

According to the researchers, Skype conveys enough audio information to allow attackers to reconstruct the victim’s input with an accuracy of 91.7% when it is known the target typing style.

“In fact, we show that very popular VoIP software (Skype) conveys enough audio information to reconstruct the victim’s input – keystrokes typed on the remote keyboard.” states the paper published by the experts. “In particular, our results demonstrate that, given some knowledge on the victim’s typing style and the keyboard, the attacker attains top-5 accuracy of 91.7% in guessing a random key pressed by the victim. (The accuracy goes down to still alarming 41.89% if the attacker is oblivious to both the typing style and the keyboard).”

The researchers highlighted that the attack is not effective when the victim uses a touchscreen or a and keypad.

The real element of innovation for this technique is the fact that VoIP technology allows bypassing the need to be in proximity of the victim that was requested by other techniques.

The team behind the Joomla CMS discloses a data breach