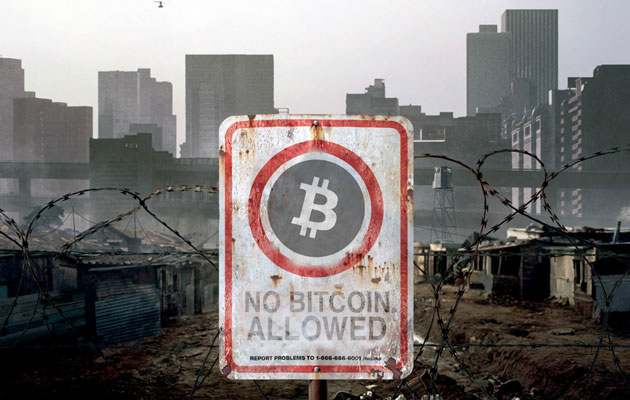 According to a draft document seen by the Reuters the EU plans to ban bitcoin and any form of anonymous payment online to curb terrorism funding.

European Union countries are planning to ban virtual currencies and any form of anonymous payments online, even through pre-paid cards. According to a draft document seen by journalists at the Reuters Agency, the initiative aims to tackle terrorism financing after the recent tragic Paris attacks.

A crisis meeting will be held today in Brussels, EU interior and justice ministers will participate to discuss the measures to block any financing to the radical group ISIS.

The draft document will urge the European Commission to propose measures to “strengthen controls of non-banking payment methods such as electronic/anonymous payments and virtual currencies and transfers of gold, precious metals, by pre-paid cards,”. reads the draft document.  [EU ministers also plan] “to curb more effectively the illicit trade in cultural goods,”

The Bitcoin is the most popular virtual currency, and authorities suspect that members of the ISIS could use it to rapidly transfer money to cells around the world.

At the Foreign Affairs Forum on Cryptocurrency Policy in May, government officials and Bitcoin entrepreneurs discussed the future of the cryptocurrency. Law enforcement fear possible abuses of the popular crypto currency, Jennifer Shasky Calvery, head of the US Treasury Department’s Financial Crimes Enforcement Network (FinCEN), which is charged with fighting money laundering and terrorist finance, explained that the virtual currency scheme could facilitate bad actors, including terrorists.

“What keeps me up at night when I am thinking about digital currency…the real threats out there, these days we’re thinking a lot about ISIL,” Calvery declared. “How they’re moving their money, and how potential US-based individuals are becoming foreign fighters: Are they moving their money, can we identify them from the movement of their money? What does it mean if they start moving their money through bitcoin? We’ve started to see some public articles suggesting that has occurred.”

Intelligence agencies and security experts are aware that alleged members of terrorist groups, including the ISIS, are exploring different opportunities to transfer money to militants operating in Western countries.

A continuous flow of a small amount of money could be instantaneously transferred to numerous accounts used by ISIS members worldwide. Micro payments could exploit several channels, including systems like PayPal or virtual currencies like the Bitcoin.

Online it is possible to find a PDF document written by a user with the pseudonymous pseudonym of Amreeki Witness titled: Bitcoin wa Sadaqat al­Jihad which translates to: “Bitcoin and the Charity of Violent Physical Struggle”.Bitcoin and the Charity of Violent Physical Struggle”. The pseudonym Amreeki authored the PDF under is Taqi’ul­Deen al­Munthir. That name translates to Righteous in Faith the-Warner.