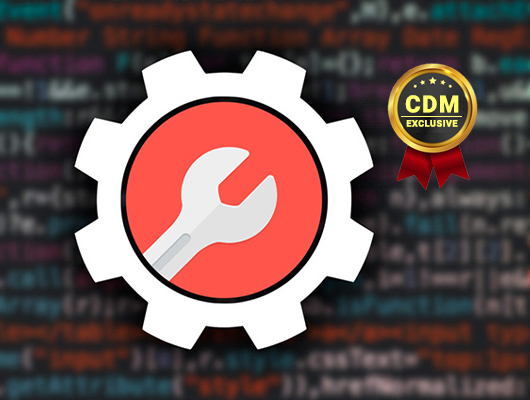 Debunking the Top Myths in Vulnerability Management for A Safer Enterprise

Cybersecurity is one of the most daunting challenges enterprises will face in 2020. According to IBM’s 2019 Cost of a Data Breach Report, the average cost of a data breach in the U.S. is $8.19 million, with companies averaging 206 days to identify breaches before even attempting to address them (a task that averages another 38 days).

These stats and hundreds of others on cybercrime are quite sobering. Cyberattacks are beginning to seem like an inevitability, another cost of doing business. Yet, a lot can be done to reduce risk, particularly when it comes to vulnerability management.

One common and dangerous myth to dispel is that periodic vulnerability scans are good enough. Not true. Even once a day is no longer enough. New apps and endpoints are added to corporate networks each day — and this does not happen in unison at 8 am. Changes are made throughout the day, which means network compromise can happen at any time. And it can take a mere 18 minutes for hackers to go from foothold to a full-on breach.

Companies can’t just scan once per day, even if they fix a number of vulnerabilities every day. The rate at which new vulnerabilities appear is simply too high. Enterprises must scan continuously to be protected. Fortunately, new vulnerability management solutions make scanning at a scale significantly faster and easier without impacting network performance, so there is really no good reason why enterprises should put networks at risk unnecessarily.

Many people equate vulnerabilities with patching. In reality, vulnerability management can be much more detailed and complex. For example, a configuration change might solve an issue, or if a company is running an old piece of software, a patch or configuration update might not be available. In this case, teams might need to put in a mitigating control, such as a firewall or routing change, to prevent certain types of traffic from getting to a port or application. In fact, sometimes mitigating controls work better than patches.

The bottom line is this: to think solely in terms of patching is short-sighted. Taking a broader view of vulnerability management will serve organizations better.

The view that organizations have to fix Level 5 vulnerabilities first is outdated. Conventional logic goes that the most serious vulnerabilities demand immediate attention. The problem is that cybercriminals are aware of this mentality. As a result, they’ve begun attacking lower hanging fruit in middle-layer vulnerabilities. These are not as attention-grabbing; they don’t have people playing beat-the-clock to remediate them, which gives hackers longer to figure out a way in, and they can ultimately cause tremendous damage as they go undetected for long periods of time.

The problem is that there are simply too many vulnerabilities popping up too quickly. Even the most talented, best-staffed teams are not equipped to deal with all of them. By viewing them as a lower priority or letting vulnerability management fall by the wayside due to a lack of time or resources, companies open the door to cyberattacks, ultimately making their jobs exponentially more difficult in the long run — not to mention potentially costing their companies millions of dollars if/when a breach occurs.

Some companies that hold cyber insurance policies may feel a false sense of safety. I would urge these organizations to take a look at Merck or Mondelēz, which held policies they perceived will protect them financially in the event of an attack. They were wrong. After NotPetya, their claims have been denied through a loophole that declared NotPetya an act of war. Today, these companies are hundreds of millions of dollars out of pocket and are tied up in legal battles with their insurance companies – battles that are expected to take years to resolve.

Dr. Deepak Kumar is the founder and chief executive officer at Adaptiva. He is responsible for overseeing the company’s ability to execute on its strategic product vision in the endpoint management and security space. He was the lead program manager with Microsoft’s Systems Management Server 2003 team and program manager with the Windows NT Networking team. Prior to Microsoft, he was a group manager for IP Telephony products at Nortel. Dr. Kumar has received five patents related to his work on SMS 2003 at Microsoft and has written more than 50 publications, including a book on Windows programming. While at Microsoft, Dr. Kumar also authored the Think Week paper for Bill Gates that became Project Greenwich, now known as Microsoft Office Communications Server/Lync. Deepak is an avid outdoorsman and hiker. For more information, please visit https://adaptiva.com and follow the company on LinkedIn, Facebook and Twitter.

3 SaaS Backup Rules to Keep Your Data Safer in 2021 Vulnerability Patching: Why Does It Fall Short So Often? Housekeeping Pitfalls of Vulnerability Management Transitioning to Remote Work: The Apps You’ll Need to Ensure A Productive Workforce SOCs to Turn to Security Automation to Cope with Growing Threats Water After Oldsmar Cyberattacks On K-12 Education Secure, Managed File Transfer: What’s Old is New Again
May 8, 2020