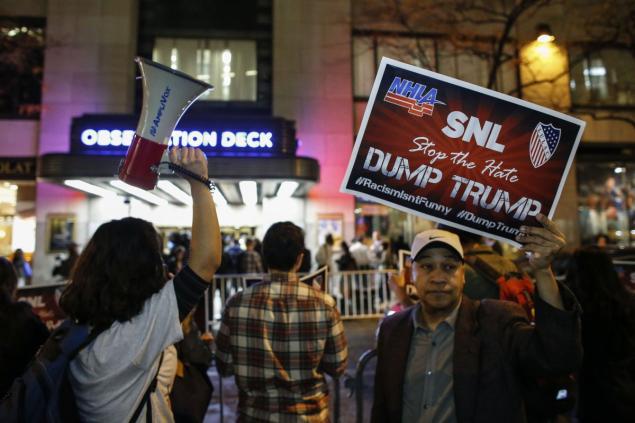 The hacktivists have already expressed their disappointment on the presidential candidate’s controversial campaign rhetoric that resulted in a series of  a series of attacks.

The attack against Trump started in 2015 when Anonymous defaced the website Trump.com with a tribute to Jon Stewart.

“Mr Stewart, we at @TelecomixCanada would like to take this opportunity to thank you for the many happy years of quality journalism and entertainment you and your team have undertaken at Comedy Central,” reads a letter on Trump’s site.

In December, the reprisal became more intense following the Donald Trump’s call for a sweeping ban on Muslims entering the United States soil. Trump’s declaration raised the protest around the world from politicians, hacktivists, to ordinary citizens.

Anonymous has joined in the protest, declaring war against the presidential candidate, the hackers published a video message announced their operation against the campaign of the US billionaire.

“Donald Trump, it has come to our attention that you want to ban all Muslims to enter the United States. This policy is going to have a huge impact. This is what ISIS wants. The more Muslims feel sad, the more ISIS feels that they can recruit them. Donald Trump, think twice before you speak anything. You have been warned, Donald Trump.” states the Video Message.

The group officially launched the #OpTrump hacking campaign against Donald Trump, a DDoS attack hit the website for New York City’s Trump Towers and the website remained offline for hours.

Now Anonymous has announced a new initiative against Donald Trump and his campaign, the collective plans to coordinate a series of attacks on its websites starting April 1.

The group announced its re-engagement of “OpTrump” in a video message, the collective wants to synchronize the efforts of the numerous collectives against Donald Trump and his electioneering organization.

The Anonymous spokesman in the video motivated the planned attacks as a response to the Donald Trump’s “appalling actions and ideas” in conducting the presidential campaign.

“We have been watching you for a long time and what we’ve seen is deeply disturbing. You don’t stand for anything but your personal greed and power.”

“We need to dismantle his campaign and sabotage his brand,” said Athe nonymous spokesman.

Of course, Trump is aware that is a target and hired experts to protect his campaign.

We have to consider that today Internet is the privileged instrument of politicians and any kind of interference with online activities of the candidates could have unpredictable effects on the final voters’ decision.

Let’s see what will happen.