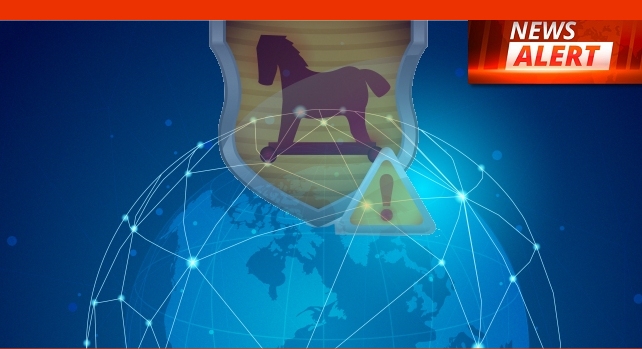 DarkHydrus was first discovered by experts at Palo Alto Networks’ Unit 42 team in July when the group carried out attacks aimed at a government agency in the Middle East.

“This malware is a lure Excel document with name ‘الفهارس.xlsm’. When it is opened, embedded VBA macro is trigged to run. That macro drops 12-B-366.txt to ‘%TEMP%’ directory first, then leverages regsvr32.exe to run 12-B-366.txt “reads the analysis published by TIC.

The final stage malware is a backdoor written in C#.

According to the analysis made by malware researchers from Palo Alto Networks, the text file includes parts of a Windows Script Component (.SCT) file that once concatenated delivers a version of the RogueRobin trojan.

“The New_Macro function starts by concatenating several strings to create a PowerShell script that it will write to the file %TEMP%\WINDOWSTEMP.ps1. The function builds the contents of a second file by concatenating several strings together, but this second file is a .sct file that the function will write to a file %TEMP%\12-B-366.txt.” reads the analysis published by PaloAlto Networks.

“While .sct files are used by a multitude of applications, in this instance it is being used as a Windows Script Component file. The function then uses the built-in Shell function to run the following command, which effectively executes the .sct file stored in 12-B-366.txt”

The samples of the RogueRobin Trojan analyzed by Palo Alto Networks implement additional functionality, they include the use of Google Drive API. This new feature allows the attackers to use Google Drive as an alternative Command and Control channel and make hard the detection of malicious traffic.

The main communication channel with the C2 server is the DNS tunneling.

“A command that was not available in the original PowerShell variant of RogueRobin but is available with the new C# variant is the x_mode. This command is particularly interesting as it enables an alternative command and control channel that uses the Google Drive API.” continues Palo Alto Networks. “The x_mode command is disabled by default, but when enabled via a command received from the DNS tunneling channel, it allows RogueRobin to receive a unique identifier and to get jobs by using Google Drive API requests.”

Once activated, the malware will receive via DNS tunneling from the C2 server a list of settings that allows it to interact with the Google Drive.

The commands are exchanged leveraging a file uploaded by the Trojan to Google Drive, every change to the is interpreted as a command.

The RogueRobin Trojan also checks is it is running in a virtualized environment or a sandbox before triggering the payload.

According to Palo Alto Networks, the malware also checks for common analysis tools running on the system and the presence of a debugger.

“Just like in the sandbox checks, the Trojan checks for an attached debugger each time it issues a DNS query; if it does detect a debugger it will issue a DNS query to resolve 676f6f646c75636b.gogle[.]co. The domain is legitimate and owned by Google. The subdomain 676f6f646c75636b is a hex encoded string which decodes to goodluck.” states Palo Alto Networks.

Further information, including IoCs for the malware used by the group, are reported in the analysis published by both 360 TIC and Palo Alto Networks.