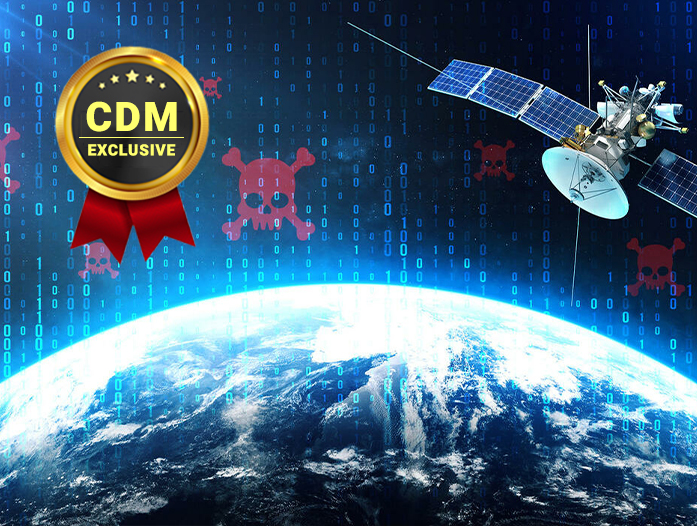 Ground-to-space communication is not an area that immediately comes to mind as a target for cyber attacks, and yet securing reliable communication to and from spacecraft is an imperative effort for all space organizations. In fact, NASA has dubbed security against malicious attacks on their communications “a major issue.”

How major, you might ask? Well, maybe even life threatening.

According to NASA’s published research on Reliable and Secure Space Communication Protocols, if hackers can intercept or modify the content of communications, not only is the success of the mission at stake, but lives could be lost as well.

This cyber risk comes as space exploration hits new heights. Last year saw more space launches than any year prior, with companies relying on space to explore new ways to improve life on Earth in fields such as medicine and chemistry. Growing numbers of researchers are also looking to low-Earth orbit to prove scientific theories developed on Earth will hold true in zero gravity.

The issue of protecting ground-to-space communication networks has only deepened as hackers wield ever more sophisticated methods to crack security systems and intrude on communication networks. This endless arms race is forcing cybersecurity professionals to constantly evolve their defensive tactics, and it’s only going to get worse in the future. In the coming decade or so, bad actors will get hold of the most powerful tool to shatter cybersecurity that we know of: powerful quantum computers.

Quantum computers perform a type of computation that leverages the properties of quantum mechanics. While traditional computers operate on zeros or ones (known as “binary”), a quantum computer can operate on values that are a mixture of zero and one. Quantum computers encode this data in quantum bits – qubits – that can be linked together through a process called entanglement. Superposition and entanglement, along with another quantum principle called interference, translates into unbelievable processing power. When sufficiently powerful quantum computers are available (which experts estimate may be within the decade) cyber criminals can harness these machines to process massive calculations quickly, making many of today’s encryption techniques easily broken.

So what can space-focused organizations do to prepare themselves for such potentially devastating attacks? It turns out the answer may be fighting fire with fire.

In addition to embracing quantum-resistant cryptographic algorithms, such as those being standardised by NIST, organizations can turn to quantum itself to strengthen cybersecurity. Products in this space use the properties of quantum mechanics to achieve stronger security guarantees than their classical counterparts. An example of this is the generation of cryptographic keys, which can be enhanced using the raw unpredictability of quantum behavior. While traditional computers utilize methods of random number generation to create encryption keys that are effective, they aren’t entirely random. But because quantum computers are built on the properties of quantum mechanics, which exhibits non-deterministic behavior, keys created with these systems are nearly perfectly random.

One example that demonstrates this combination of newer algorithms paired with quantum technology comes from Axiom Space. Currently, the company is designing the core layer of infrastructure for low-Earth orbit operations, as it builds the commercial successor to the International Space Station (ISS). The firm has partnered with Quantinuum, a full-stack quantum computing company, to secure communication for commercial customers using the ISS and, later, its successor spacecraft.

More specifically, Axiom Space is using Quantinuum’s solution Quantum Origin, a cloud-hosted platform that generates the strongest cryptographic keys in the world, from a verifiable quantum source. Quantum Origin provides Axiom Space certainty that datasets derived from a range of their activities in space, such as manufacturing, experiments in microgravity biology, or gene sequencing are more secure. In its first use, Axiom sent a message encrypted with quantum-enhanced keys from the ISS, which read: “Hello Quantum World.”

When it boils down to it, investing in strong, cutting-edge security allows for space organizations to charge forward unhindered in their efforts to expand our relationship with space indefinitely. Companies worldwide are injecting millions of dollars to commercialize space with a budding space tourism industry. Some moguls even predict the advent of humans becoming a multi-planet species in the near future. As countries across the globe gravitate their eyes towards the promise of space, hackers will follow – so cybersecurity protection must beat them there. 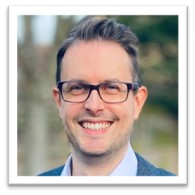 Duncan Jones is Head of Cybersecurity at Quantinuum. He leads a team developing advanced cybersecurity products based on quantum technology, which deliver value today. Duncan has 14 years of experience in cybersecurity, particularly in hardware security. He has held senior technical and product-focused roles across multiple global technology companies. Duncan Jones can be reached online on Linkedin and at https://www.quantinuum.com/.