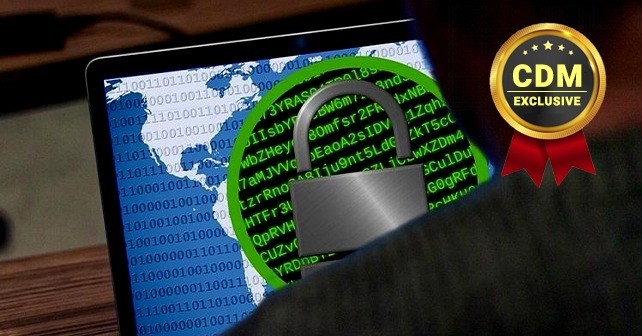 Cyber Security the Major Issue of 2019

Technology has provided services to the whole humanity like no time ever before. Now in this contemporary world, everything is connected such as cars, cities, planes, homes and even the animals. The technology in the shape of software is everywhere. So, everything is changing such as how we talk, how we behave and how we interact with the environment. Now in the contemporary world technology is integrated with the human’s DNA. We are becoming fully dependent on technology. In-case technology in the shape of security fails in a certain way, and then it makes us vulnerable. Sometimes it happens when our phone runs out of battery and we feel very odd because you have the lack of access to GPS, contacts and many other purposes. Now you can understand how much technology has its influence on our lives.

In the modern world, we all are protected by technology tools; if not then we will pay a heavy cost and suffer from horrible consequences in routine life.

Cyber threats do not remain limited:
There is no doubt about that, technology is serving us enormously, but I have serious concerns about our upcoming future. Therefore, we have to look forward sincerely about the issue of cybersecurity which is currently affecting technology. Cybersecurity is the major issue of the current year, and technology is continuously suffering and becoming insecure. Things are not getting better and cybersecurity issues are at their peak presently, what will happen in the near future. We are meeting with daily basis issues such as hacking, pacemakers have been hacked, plan system has hacked and recently all the IOS and Android devices have been hacked by the US intelligence agency in the United States of America. The banking software has been hacked and billions of dollars theft because of cyberattacks. I have just highlighted a few examples by doing a bit of research work, in reality, infinite cases of cybersecurity issues are identified in technology, the victim firms had highly best security systems. Even then, plenty of cases have occurred every single year.

Cyber Threats are Progressing:
The cyber threat environment is progressing dramatically, according to the Fire Eye Marsh& McLennan Cyber Risk report. The concerns are regarding breaching the financial and personal data along with the specter of an even larger and devastating threat. The Cyber-attacks are possible in Europe’s critical infrastructure such as power stations, aviation systems, transportation networking, water system programs, and nuclear facilities. Cyber- attacks are progressing rapidly in the current year especially, according to some new reports.

Another report found that cyber-attacks have been growing quickly over the last couple of years, and there’s nothing to indicate they won’t just keep increasing. If these attacks happen at the same pace then the indication of attacks might be impossible and the attacks will be easier and dangerous. The main factors behind the cyber-attacks such as lack of knowledge and necessity of cybersecurity and some companies have awareness and know the importance, but don’t know how to make the effective security systems to prevent cyber- attacks.

Do we often have to think sometime who are people who gain advantages cyber-attacks issues? Who used them? All the people who perform illegal agendas by doing cyber-attacks are commonly known as “THREAT Actors”. They usually breach the sensitive information and sell it for the sake of money. The hacker’s community is one of the main focuses who are well-trained professionals who work in companies and improve security systems, they fully aware of lope holes existed in any company’s security system. So any dishonest hackers may do cyber-attacks on any particular company’s security system. There is also a community which is known as hacktivists, they are socially motivated under any unknown organization. The cyber terrorists are not common like others, but in future due to the lapses in security systems could become familiar to the general public. Cyber-attacks can be launched by an enemy state against their rival or enemy country. So attacks can be possible through any particular individual groups, government and from any cyber-terrorist group.

Economical- Effects of cybersecurity breached:
Cybersecurity problems can occur anywhere, this type of attacks caused billions of dollars losses until the security system not be made fully secure and efficient. There are some examples such as smart alarm simple safe hack and affected almost 300000 electronic devices and fixing was possible I case of replacing all the devices. UK based company named as Talk Talk was attacked and almost lost 50 million Euros. So, we can claims that the cybersecurity issues are progressing every day along with possible deadly impacts on the economy. So these attacks are directly hitting us, because of our full dependence on technology. There is still plenty of time to stop all kinds of cyber-attacks and we should work together to control the attacks before it will too late.

Angelica is a social media expert, digital parenting and developer at Danger for teen. He is love to write to technology and relationship issues and their solutions. To know more about him follow twitter @angelicadowson2