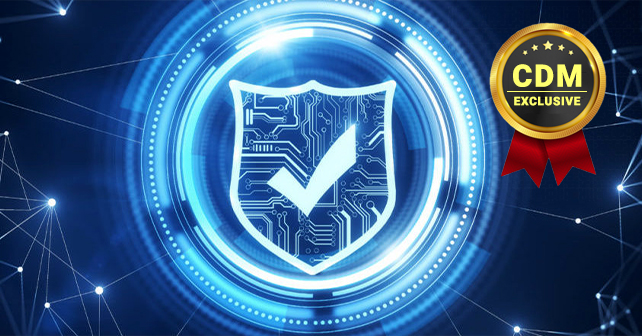 The cyber defense is the area of technology where you need to deal with the high-tech risk. It would usually get correlated with the possibility for something to occur within your computer, internet or mobile device. Well, as it’s obvious in this case – we would deal with the risk management within the cyberspace. There are no certain steps or procedures on how to prevent any potential for something negatively impacts your cyber system, but there are also some recommendations and instructions on how to maintain your risk at an acceptable level. We call this set of advice the best practices, but right here – we would use the term being cybersecurity good practices because the cyber defense landscape would change on a daily basis and something would be the best one day and less good the next one. So, let’s get satisfied with the good practice, so far.

Well, in order to manage some risk amongst your cyberspace – you need to follow some instructions on. As those findings came from the practical experience – we would call them the practice. So, would that practice be good enough for your every day’s needs? Basically, yes

In essence, that’s how we would make the phrase good practice.

As it’s obvious – through this effort – we would cope with some suggestions that would not get insisted to be accepted, but rather to make people think a bit deeper about those concerns in order to produce their own efforts on. The imperative of this article is to mention some practical advice how to remain safe while you are using some of the emerging technological advancements and so frequently, that could get the challenge for a reason the black market’s machinery would launch the new and new threatening solutions worldwide. For such a reason, we should try to adopt good practice in both – Our private and business

The first step in conducting your cybersecurity good practice could be the attempt to prevent cyber breach even happens. This is so difficult to obtain in the practice and so many experts would suggest that you need to accept the breach, rather than trying to prevent so. What does this mean? That would mean that once you accept that the breach has happened, you should start thinking hard how to resolve such a situation. In cyber defense terminology, that would mean that you need to pay attention to your incident response strategies.

In the practice, so many cyber devices would cope with the highly sophisticated anti-malware software and indeed, that would offer the quite reasonable prevention to your IT infrastructure. Would that be sufficient to stay safe? Practically, no Also, there would be plenty of intrusion detection and prevention systems that would support you to discover the cyber breach. This is also a handy way to play with your risk management, but that would not be all we can mention as a good practice.

In addition, the very high percentage of cyber technologies’ users would deal with at least one e-mail or social media account.

Why this matters? The reason would be that account would be your tool for maintaining the touch with the rest of the world and as it’s known – the cybercriminals would easily obtain your access details putting on risk your privacy and possibly business. In such a case, it would get recommended to change your passwords periodically, but we would also advise you to take care about the cyber tracking challenges as well as attempts of hackers to log in and consequently misuse your accounts.

The IT security professionals would so commonly deal with the good analytics tools trying to monitor the web traffic as well as all the clients in order to see if there are any irregularities in the network and if the cyber breach happens – they would use the capacities of their applications to terminate those connections. Also, it’s important to think about how to overcome the hacker’s attack scenario.

In such a case, you need good disaster recovery and business continuity strategies. It’s not intelligent at all to store the confidential data with your  IT infrastructure and does not use any backup policies. The backuping the information could get done on some memory devices, cloud-based environment or another computer.

Anyhow, you must make sure if you ever become the target of cyber attacks  – you should assure your sensitive data and make your capacities being less vulnerable to their loss. Further, we would mention the cloud-based environment.  It’s important to know that such surroundings would deal with some authentication requirements and in many developed economies, the new and new projects regarding the cloud’s security procedures and policies would be in progress.

In other words, if you cope with the cloud-based solutions, you should take care about their access control – because if that phase in the end user experience is not resolved, you should think twice before you make an order of that product. Finally, it’s good to know that there will be the heaps of procedures, policies, and standards being the part of the cyber defense industry that should get followed in order to remain with the minimum of the risk within your private, public and business environments.

To summarize this effort, it’s important to highlight that there is no absolute security that could get the silver bullet to all ongoing cybersecurity problems. It’s all about putting a lot of efforts on and trying to handle the feasible risk. There is always the potential that something bad can happen and as Murphy’s Law would suggest that everything that can go wrong will go wrong. Simply, the nature of our physical reality including the technological systems is like so.

The entropy as the indicator of a disorder within some physical system would go up exponentially, so if we keep putting some efforts somewhere – we would get more order within such an environment. Finally, it’s the mathematical paradox to exceed anything, so that’s why we would choose to talk about good practices  – rather than the best ones.

Since Milica Djekic is a frequent and well-respected writer for Cyber Defense Magazine.  She graduated at the Department of Control Engineering at the University of Belgrade, Serbia, she’s been an engineer with a passion for cryptography, cybersecurity, and wireless systems. Milica is a researcher from Subotica, Serbia. She also serves as a Reviewer at the Journal of Computer Sciences and Applications and. She writes for American and Asia-Pacific security magazines. She is a volunteer with the American corner of Subotica as well as a lecturer with the local engineering society.