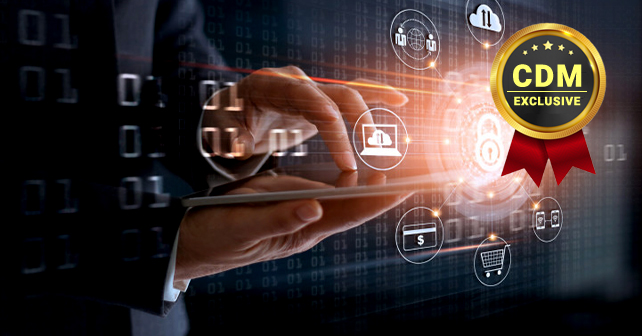 Cyber Security Facts and States For 2019

The most touted term in recent years, cybersecurity isn’t going to die soon. In fact, people are more aware of advanced security mechanism they should follow to keep their data privacy & security intact. Despite the all security mechanism user put in place for better security, still, cybercriminals manage to break user’s system security using different tactics. The recent studies & data suggest that users are more prone to cyber-attacks than ever. Now when we know that the threat is real and emerging there comes certain cybersecurity terms, facts and states we should know to keep data security & privacy intact.

IoT Devices will be on target: Recent studies suggest the next target of cyber criminals could be the IoT devices. Here, most IoT devices run without elaborated security mechanism that makes them prone to security threats at an all-time high. You may find devices running on IoT like smart TVs, connected toys, smart speakers, smart appliances, wearables, and more doesn’t follow stringent security mechanism that increases the threat to these devices. Poor network security is another nefarious threat that is causing serious trouble to households and businesses. While open networks are known for its security loopholes, even the private networks are on target. Thus, encrypted and password protected networks could be the best solution for better security.

Email spam will remain persistent: Like any previous year, email spam is going to persist. Here, you receive tons of email every day in your spam folder while roughly 49% of total emails go to the spam folder. Here, you may receive these emails from unknown senders and cybercriminals who ask you to click on certain links or asking you to open certain attachments. While most of these links or attachments remain malicious, it visibly increases the risk for your data and system security. Studies suggest 69% of total spam emails ask you to click on malicious links while the remaining 31% attempt to trick users into opening malicious attachments. Studies also suggest that every one out of three phishing emails is opened while a small percentage of users also click on links and open attachments sent in these malicious emails.

Cybercrime is becoming a lucrative business: Cybercrime is turning to be a lucrative business for many. Estimates suggest it’s going to cost over $6 trillion dollars to combat it by the year 2021. It is estimated to be more than the global trade of all major illegal drugs combined. Here, companies like Yahoo and Equifax has been targeted in recent times, that displays the size, sophistication, and cost it will attract to fight this menace. While cybercrimes are growing at an astronomical rate, it is dumping millions of dollars from users around the world. Here, the importance of cybersecurity is increasing with the increase in cybercrimes.

Information loss cost more: While most cybercrimes are targeted to steal your data and trade it for ransom or some other reason, restoring data is a pricey deal. Here, 43% of total loss occurs in the form of data loss. It becomes more complicated when the data belongs to third-party sites and you need to recover it.

Conclusion: The increasing threat to the cybersecurity, the users are more alert than ever to avoid & block cyber-attacks in the first place. Here, knowing the recent cybersecurity facts & states help users understand what the challenges in front of them in the coming year could be and how they can fix the problem. Here, we have discussed some of these useful facts & figures that could help you understand and avoid cyber threats. In addition to these facts & states, if you know more such information related to cybersecurity in 2019, then feel free to share in the comments below.

Janny Thomas is a technical content writer. As from being a capable engineer, her technical knowledge and expertise in research, blended with an intimate passion to write made him love his profession to the core. She is an avid reader.