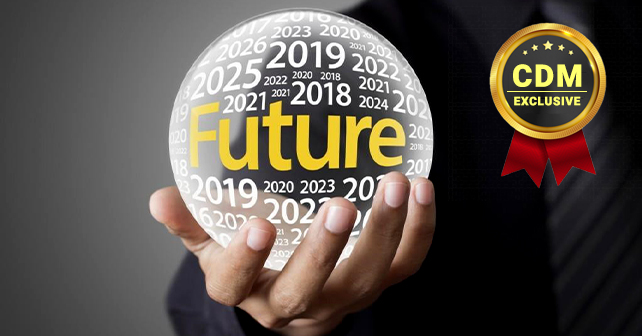 2017 is at its end and we are easily approaching 2018. Many people would happily wait for a New Year, but is that the case with cybersecurity? What would be new in that area with the coming period of time and are there any concerns we should get scared of?

In our opinion, the cyber defense marketplace would keep growing and there would appear so many new solutions, advancements, and improvements. We also believe there would be many novel kinds of stuff that would promise better security as the previous year gave to us an opportunity to learn from the existing threats. Also, we believe as the positive things would continue developing – there would be the space for the rise of malware, spyware, and ransomware. So, what’s important to mention here is that we need to make a good balance between our consumer’s needs and security requirements. In other words, if we are developing a new solution – we should always think about how to protect our users from malicious consequences. For instance, it’s well known that the Internet of Things (IoT) marketplace is so fast growing one and so soon it would worth trillions of dollars. The quite good field for investments, you would agree with? The main question here would be how secure those solutions are. From today’s perspective, it would seem that security would become the ultimate imperative for the coming year. It’s quite undifficult to connect so many devices on the internet and make the quite robust IoT network out of them, but could anyone promise to you that you would remain physically and cyber safe? The security got the supreme demand being one of the biggest challenges for tomorrow and we are not quite sure that 2018 would bring anything revolutionary regarding so. By so many sources, 2018 would stay about the same as the previous period of time. Well, let’s discuss all the questions that could get open for the next year.

The huge concern with today’s world is that it’s not equally developed everywhere. As the

consequences to that, we have somehow present terrorism, organized crime and human trafficking in some parts of the world. As it’s known – the crime would not recognize the borders and so many malicious actors would circulate around the globe looking for a new target of their harmful action. Doing so – those folks would rely on cyber technologies and so frequently they would succeed in their missions for a reason the good practice would still deal with the quite weak security countermeasures. As we said – it’s all about the balance. In ancient China, the people would say it’s all about the harmony between the Yin and Yang – the force of defense and the force of the attack.

Once we make a balance between those two opposite forces, we would get the peace. As

we would mention that the IoT landscape is getting bigger and bigger and such technology is becoming available even in the developing societies – it’s getting clear that the force of the attack is increasing its capacities and making a disbalance at the global scale. So, could we do anything to reduce that amount of threat being present worldwide? The answer to this question would seek deep thinking from us and as the impact, we would get advice that would mainly look for better practice and more reliable security solutions.

Unluckily to all of us, there are still a lot of open questions that would require accurate answers from us. For example, many experts would get concerned about the security of IoT technologies, cloud’s systems or production of new malware and creation of the more serious phishing attacks. We are quite feared that the coming 2018 would not offer such a sufficient amount of time to resolve all those worries. The encouraging thing here would be if we could find some sort of the right approach that would support us in tackling such an issue.

We do not want to sound somehow pessimistic, but if we review the current situation realistically – we would notice that today’s cybersecurity is dealing with lots of challenges that would need time and effort to get handled appropriately. In our opinion, the one year is not enough to get all these concerns being tackled, but let’s say it could be a good starting point for making better decisions and defining the new tracks for research and development. Every single mistake in this world could cost us a lot and our opponents would know how to take advantage of our weaknesses, so we should get ready to respond to such a situation.

Finally, 2018 could be a good year to re-think everything and try to make new strategies that would lead us to new directions. We are aware that the world is so fast changing the marketplace and every single day being lost in such a competition could cost your business greatly and significantly. Our point would be that the defense including the cybersecurity would need more deep thinkers who would see things comprehensively and applying some sort of strategical approach tries to indicate which course we should take. The main rationale to this suggestion would be that many cyber industry professionals would repeat the same and same routine on a daily basis and those guys would not notice that they are not changing anything essentially. On the other hand, the change could be from a great significance to the progress and if we do not empower our capacities – we cannot expect that we would make any step forward. In other words, if we are not progressing with anything – we would not come to such a wanted balance that would harmonize our world and bring so desired peace to all.

The point of this review is to indicate to some ideas that we could get thinking about a more balanced and secure environment. No one got immune to today’s threats and we are quite concerned that those security challenges could take full advantage over modern cyber technologies. The tendency would suggest that every single day those advancements would get cheaper and cheaper and more accessible to everyone. In the end, if we do not make a deep think about the current situation, we could face on the quite unpleasant impacts.

Milica Djekic is a well-read and frequent contributor to Cyber Defense Magazine. Since Milica Djekic graduated at the Department of Control Engineering at University of Belgrade, Serbia, she’s been an engineer with a passion for cryptography, cybersecurity, and wireless systems. Milica is a researcher from Subotica, Serbia. She also serves as a Reviewer at the Journal of Computer Sciences and Applications and. She writes for American and Asia-Pacific security magazines. She is a volunteer with the American corner of Subotica as well as a lecturer with the local engineering society.