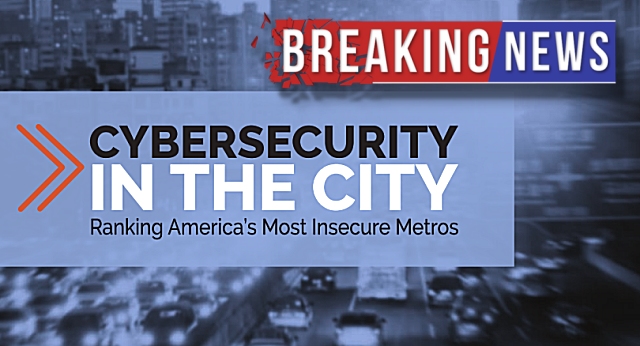 Cybersecurity in the City: Ranking America’s Most Insecure Metros is a first-time report issued by Coronet, a provider of enterprise-grade cloud security to companies of any size.

From December 2017 and May 2018, Coronet collected and analyzed massive amounts of data from its SecureCloud endpoint application, which consists of more than one million endpoints spanning PC, mobile and tablets. The data is derived via Coronet Threat Intelligence, the company’s proprietary data aggregator and analysis engine built to continuously study device posture, network connections and the connections of surrounding networks and cloud-services to understand new and emerging threat vectors.

Coronet Threat Intelligence collects eight terabytes of data daily, and that amount doubles every other week.

In this report you will learn:

With the unique ability to extract and analyze data from both access controls and cloud controls, Coronet Threat Intelligence enables analysts to follow the evolution of attacks from vulnerability stage to the actual attack execution. Because of this visibility, Coronet can identify attackers, threats and vulnerabilities with extremely high accuracy, even among the most sophisticated and stealthy attacks. In total, the Coronet Threat Intelligence engine produces the most accurate and actionable data in the cybersecurity industry; correlated, highly-contextual data that is both geo-tagged and accessible in real-time.  The link to the full report is here:  http://coro.net/threatcity/