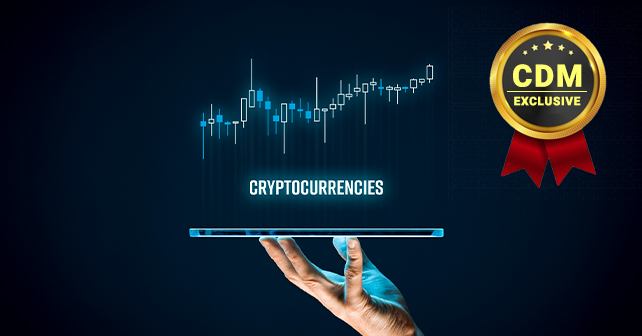 Could Cryptocurrencies Be A Better And More Effective Way Of The Society’s Control?

Our world is changing at a quite fast pace and sometimes we are not sure if we can cope with all those changes. One technology would replace another and something that we knew yesterday would become unusable tomorrow. The similar situation is with the cybersecurity phenomenon being known as a cryptocurrency. The first indications of such advancement would appear a decade back and some predictions would suggest that this technology would vanish from our lives so soon, while the other experts would claim that the cryptocurrencies are our future. The fact is that some countries, as well as financial institutions, would approve the cryptocurrencies as a legal way of paying indicating that we could go deeply into cyberspace in the coming times in case we decide on to rely on that monetary solution.

The best-known cryptocurrency is a Bitcoin and through this effort – we would mainly talk about the Bitcoin as the well-investigated and developed way of electronic payments. So, what is the difference between the ordinary bank transaction and the Bitcoin blockchain payment? The banking would mostly count on trust-based systems, while the Bitcoin would deal with the cryptography. On the other hand, the banking assets are centralized, while the Bitcoin is a decentralized system of transactions. It’s also good to mention that the history of Bitcoin transactions is called the blockchain,  while the person doing sending and receiving of the Bitcoin payments is known as a miner and such an activity is called mining.

In addition, we should mention that the cryptocurrencies are so popular on the black market offering a certain amount of anonymity to their users. Well, is dealing with the Bitcoins that safe for real? Some sources would suggest that if you do the online transactions, that webpage would get the information about your IP  address. Also, it’s quite questionable if you got any anonymity at all while using the downloaded crypto – wallets. In any sense, whatever you do in the cyberspace would get correlated with some trace that could get skillfully investigated applying digital forensics. The role of this effort is to make a comprehensive overview of the future of cryptocurrencies as well as make some suggestions about how we could take the advantages over a  virtual payment.

As it’s quite obvious – right here, we would mention the virtual payment as a way of future cyber transactions. In other words, it’s not the point to suggest that tomorrow would rely strictly on the Bitcoins or banking transactions, but probably on some sort of the virtual payment. As we would indicate before, some forecasts would indicate the quite cloudy future to the Bitcoins. Some more optimistic prognoses would say that the Bitcoin could become the first global currency being accepted worldwide. Anyhow, if we dream about some united global marketplace that would deal with the only one currency, we could suggest that could be the Bitcoin or something else. As we already said, the Bitcoin is the decentralized system and it’s well used by the black market, so it would not be that simple to avoid that way of financial activities. Also, we would say that

Such a currency is not so safe for the usage, so its developers should work so hard to overcome that obstacle.

On the other hand, if we want to make the global economy getting so united –  we should think about the currency that would replace all current monetary systems and cause the breakthrough of the ongoing financial marketplace. At the moment, this idea could seem like the utopia to many, but we believe if the world decides on to take that course – we could count on the united global economy in, say, several decades ahead. So, the question here is if the cryptocurrencies or their improved versions are our future or we would wait for a banking community to invent some new ways of payment. Apparently, if we see our coming days as a time of not using the cash – we would defiantly vote for some sort of the virtual currency.  This proposition could bring us a lot of headaches because there would always be the conflict of interests between the governments intending to apply such an idea and the money printing industry being so powerful stakeholder on the marketplace. In other words, we believe that the folks making the notes and coins would not that easily give up from their profit-making businesses.

Also, let’s say that the virtual money got our future and someone would somehow convince the guys printing the banknotes to change their business and choose something that would also bring them the good incomes. What would happen then? Would we transfer our financial activities in the cyberspace and go to the bank only to collect our payment cards? In case, this gets our reality – we should think a bit about some legal regulations that would offer better control of our  societies. In this effort, our intention is not to push some idea on, but rather to try to make a rational discussion about the times that are coming on. It’s always good to have the plan or strategy that would support you in directing your actions on. If our way to the future is correlated with the virtual currencies and if we estimate that we need some time on to obtain so, it’s helpful to do some brainstorming in order to clarify what we truly want out of our tomorrow.

The reasons why we believe that the governments worldwide could realize it could be quite useful to remove the printed money is that such an action would offer good savings to the majority of the international budgets.  It’s well-known that making the notes and coins is quite expensive and it could be pretty appreciated if everyone could reduce those costs. Also, there could be some geopolitical interests that could make the world votes for the United virtual currency. From this perspective, it can appear as a distant future – but as we said it could be the quite obtainable one. Additionally, we should think about how those actions could reform our societies so deeply.

One more open question being present here is that if we could make our world getting more secure once we apply such a scenario. Also, if we decide to deal with the virtual currency only – we should get aware of the need for more IT security professionals who would make our web experience being so convenient and safe. This is still an ongoing concern because there is a huge shortage of cyber skills. In addition, we should think about how to resolve some additional challenges such as giving the legal permission to individuals being in possession of those accounts and cards. If we prohibit underage

To get the owners of any virtual currency account or payment card  –  we should dig deeply for the solutions regarding the organization and management of those societies.

At the end, all these questions are on the fire and we would not insist on our suggestion to get accepted anyhow. We believe that it’s necessary to think hard about your future plans and strategies before you make any step on. In other words, if anyone makes a decision to lead his economy in such a direction – that would  probably get obtained in the few decades on. At the moment, this is only a proposal and if anyone wants to tackle it – he would realize it could become the big challenge as well.

Since Milica Djekic graduated at the Department of Control Engineering at University of Belgrade, Serbia, she’s been an engineer with a passion for cryptography, cybersecurity, and wireless systems. Milica is a researcher from Subotica, Serbia. She also serves as a Reviewer at the Journal of Computer Sciences and Applications and. She writes for American and Asia-Pacific security magazines. She is a volunteer with the American corner of Subotica as well as a lecturer with the local engineering society.