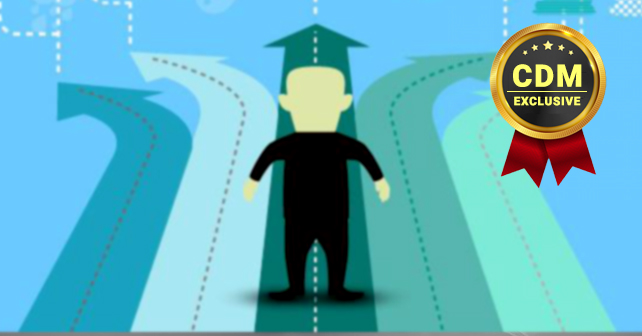 How did Aliyun go from China-based Cloud solution to an International player and should buyers beware?

Accessibility and ease of use play an important part in the success of a hosting provider and Aliyun (Alibaba cloud service) had some fundamental limitations that held back its earlier growth. Most notably, its virtual machines could only be hosted in China, which meant that they could not be bought by many customers outside China, and it was unsuitable for hosting websites that had an international audience.

Any customer who wanted to buy a virtual server at Aliyun had to go through an identity verification process that required them to be a national of China or one of a few other Asia-Pacific countries or to represent a Chinese company. Also, all websites hosted in China were – and still are – required by law to obtain an ICP license.

Flaky cross-border internet connectivity, along with potential interference by the Great Firewall of China, also made China a poor location to host any website that has an international audience. The aliyun.com website itself was also hosted in China, resulting in very poor user experience from outside China – many international requests were slow and some did not succeed at all.

By opening overseas data centers and hosting the international version of its website – alibabacloud.com in Singapore, Alibaba solved a few connectivity issues. Singapore has numerous submarine cables that provide links throughout Asia, Australia, the Middle East, Europe, and the US. This connectivity results in faster, more consistent international response times, with very few requests failing.

In addition to its six data centers in mainland China, Alibaba Cloud now operates several others located in Hong Kong, Japan, Singapore, Australia, Dubai, Germany and the United States (Silicon Valley and Virginia). It is also planning to open more in India and Indonesia by March 2018. With partnerships with Nvidia and Cisco on cloud data center technology, Alibaba and NXP Semiconductors announced a strategic partnership to enable the development of secure smart devices for edge computing applications and have plans to further develop solutions for the Internet of Things (IoT).

To facilitate growth in the world market, Alibaba Cloud now automatically presents international visitors with an English-language version of the site. Logged-in users can control their products via an international version of Alibaba Cloud’s control panel and a ticket-based support system is also available in English, where previously it was only available in Chinese.

Chinese companies are still the most prominent users of Alibaba Cloud given that most of its web-facing computers are still hosted in China.

Although Alibaba has the second largest number of web-facing computers, it has a relatively low presence among the world’s top million websites – only 6,560 are hosted by Alibaba, compared with 79,800 at Amazon.

Some of the highest ranked websites hosted in Alibaba’s US data centers – and therefore more readily accessible by an international audience – belong to Alibaba Group companies. This includes several hostnames used by its AliExpress online retail service, which allows Chinese retailers to sell to international customers. Customers in mainland China are not allowed to buy from AliExpress; instead, they use Alibaba’s Taobao marketplace, which is hosted in China.

Globally, Alibaba is the No. 3 infrastructure-as-a-service (IaaS) public cloud vendor, according to Gartner’s latest numbers. Compared to public cloud leader AWS (44 percent) and No. 2 Microsoft Azure (7 percent), Alibaba trails behind with only 3 percent of the global market share for 2016. But its growth — almost 127 percent from 2015 to 2016 — far outpaces its top two competitors.
Software-as-a-service (SaaS) has grown 10 times faster than traditional, on-premises software among Chinese enterprises, so there seems to be a huge incentive for U.S.-based software companies to sell to the Chinese market and run on Alibaba Cloud.

As U.S. companies go to China through those programs, synergy the benefit for Alibaba is two-fold. One, they will eventually be able to host the same SaaS in the Alibaba Cloud in the U.S. And second, they will be able to more quickly deploy their services in the U.S. While the company’s IaaS business is strong, it doesn’t have significant platform-as-a-service (PaaS) or SaaS offerings. However, Alibaba’s IaaS is still light-years behind AWS in terms of market share.

Alibaba – the global player agnostic of their Chinese heritage?

As a Chinese cloud provider there are data protection issues – the lack of enterprise-grade offerings of AliCloud, most companies are reluctant to upload mission-critical workloads into AliCloud or sensitive data. With a team of more than 100 security specialists who focus on product development and provides security products directly customers, there are still niggling doubts and worries over security from International consumers – they may simply be put off by the fact that Alibaba Group is a Chinese company where the Chinese government is notorious for censoring internet content. There may be fear and uncertainty over whether such control could also extend to customer content hosted by Alibaba in other countries.

Apart from Alibaba, Tencent, the owner of WeChat is now the largest Internet company in China, has plans to significantly increase its cloud offerings overseas. The primary uptake is Chinese companies expanding in overseas markets in Europe and the US, but they also have their eye on serving international companies. Will they draw a truly international client base despite being Chinese owned or does it even matter for it to get on the global market share board? Does the China growth story even need International customers in the short term to grow in their global market share or will enough domestic Chinese companies leverage this platform to grow their presence overseas?

It will be interesting to see how the Chinese cloud compares in 2018 and how successfully they will be in acquiring new international customers. I for one to think their Chinese Internet growth is in the near term helping to fuel domestic growth and access to foreign markets and It should be noted that I am long Tencent and Alibaba as an investment.

David Nagrosst is an Exceptional International Leader and CISSP Qualified IT Security Expert with 20 years+ demonstrable experience in business, sales and providing IT Security, Cloud, and Datacenter Solutions to Organizations from Start-up to Fortune 150. He provides outstanding strategic, operational, business (PNL) and sales leadership to high-performing teams in sales, pre-sales solutions, consulting, engagement and bid management, leading senior teams in Singapore, Hong Kong, China, India, Japan & Australia. David is also an international keynote & workshop speaker and a member of AmCham Singapore. David has talked in major events like 6th Compliance Summit Asia, DCD Zettastructure, DCD Converged Hong Kong, and CenturyLink APAC Sales Kickoff. He is committed to developing, testing and continually creating new methods to drive efficiency, cost saving, growth and profit alongside innovative technical expertise. He is eager to support international Security companies to operate and develop in Asia. He has held senior positions in Consulting, Software, Telecom, and Startup companies with expertise in Financial Services and knowledge and experience in many other industries such as E-commerce, Education, Construction, Retail, Internet Advertising, and Publishing. More about David can be found on his LinkedIn: https://www.linkedin.com/in/davidnagrosst/