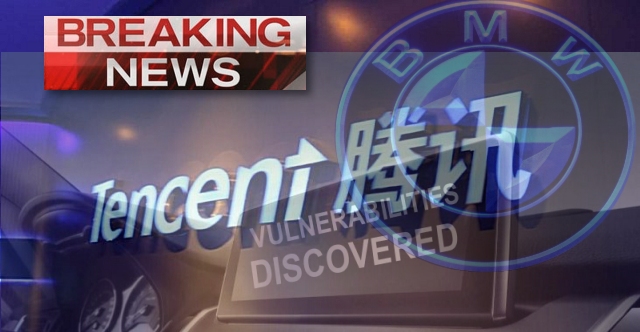 The team of experts conducted a year-long study between January 2017 and February 2018. They reported the issues to BMW and after the company started rolling out security patches the researchers published technical details for the flaws.

“we systematically performed an in-depth and comprehensive analysis of the hardware
and software on Head Unit, Telematics Control Unit and Central Gateway Module of multiple BMW vehicles.” reads the report published by Tencent Keen Security Lab.

“Through mainly focusing on the various external attack surfaces of these units, we discovered that a remote targeted attack on multiple Internet-Connected BMW vehicles in a wide range of areas is feasible, via a set of remote attack surfaces (including GSM Communication, BMW Remote Service, BMW ConnectedDrive Service, UDS Remote Diagnosis, NGTP protocol, and Bluetooth protocol).”

According to the experts, the vulnerabilities affect car produced from the year 2012. White hat hackers focused their tests on the infotainment and telematics systems of the vehicles.

The TCU provides telephony services, accident assistance services, and implements remote controls of the doors and climate. The central gateway receives diagnostic messages from the TCU and the head unit and sends them to other Electronic Control Units (ECUs) on different CAN buses.

The experts discovered that an attacker could exploit the flaws, or chain some of them, to execute arbitrary code and take complete control of the affected component.

The experts demonstrated that a local attacker could hack BMW vehicles via a USB stick, in another attack scenario the researchers illustrated a remote hack through a software-defined radio.

Remote attacks can be conducted via Bluetooth or via cellular networks, remote hack of a BMW car is very complex to carry on because the attacker would need to hack a local GSM mobile network.

“Our research findings have proved that it is feasible to gain local and remote access to infotainment, T-Box components and UDS communication above certain speed of selected BMW vehicle modules and beenable to gain control of the CAN buseswith the execution of arbitrary, unauthorized diagnostic requests of BMW in-car systems remotely,” states the researchers.

BMW issued some security updates to the backend systems, it also rolled out over-the-air patches for the TCU. The company also developed firmware updates that will be made available to customers at dealerships.

Neither BMW nor Keen Lab have revealed the list of affected models.

BMW awarded the Keen Lab as the first winner of the BMW Group Digitalization and IT Research Award.

In July 2017, the same team of security researchers from Chinese firm Tencent demonstrated how to remotely hack a Tesla Model vehicle.