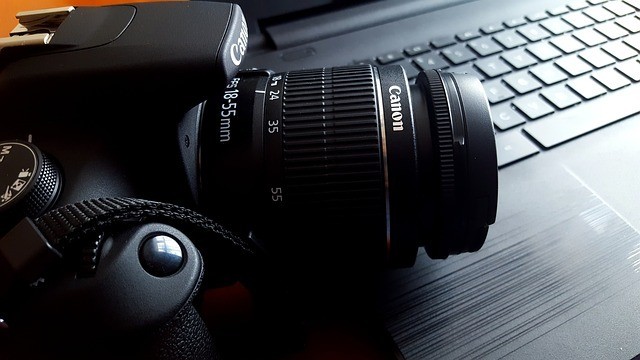 Canon DSLR Camera Infected with Ransomware Over the Air

A researcher discovered 6 flaws in the image transfer protocol used in Canon EOS 80D DSLR cameras that allow him to infect the device with ransomware over the air.

An attacker could exploit the flaw to compromise the device and install ransomware on the camera.

“Our research shows how an attacker in close proximity (WiFi), or an attacker who already hijacked our PC (USB), can also propagate to and infect our beloved cameras with malware. Imagine how would you respond if attackers inject ransomware into both your computer and the camera, causing them to hold all of your pictures hostage unless you pay ransom.” states the post published by the expert, who shared the following video PoC.

The expert explained that the attackers can set up a rogue WiFi access point and exploit wireless connection feature of the Canon EOS 80D DSLR cameras, another scenario sees attacker compromising the device through the PC it connects to.

Searching online the expert first found an encrypted firmware, he found on a forum a Portable ROM Dumper, (a custom firmware update file that once loaded, dumps the memory of the camera into the SD Card) that allowed him to dump the camera’s firmware and load it into his disassembler (IDA Pro).

The expert focused his analysis in PTP layer that supports 148 commands, 38 of them receive an input buffer.

The expert started by connecting the camera to his computer using a USB cable in order to gain code execution.

“We started by connecting the camera to our computer using a USB cable. We previously used the USB interface together with Canon’s “EOS Utility” software, and it seems natural to attempt to exploit it first over the USB transport layer. Searching for a PTP Python library, we found ptpy, which didn’t work straight out of the box, but still saved us important time in our setup.” continues the post.

“Before writing a code execution exploit, we started with a small Proof-of-Concept (PoC) that will trigger each of the vulnerabilities we found, hopefully ending in the camera crashing. Figure 8 shows how the camera crashes, in what is described by the vendor as “Err 70.””

“We started by connecting the camera to our computer using a USB cable. We previously used the USB interface together with Canon’s “EOS Utility” software, and it seems natural to attempt to exploit it first over the USB transport layer.” – Eyal Itkin

Itkin successfully tested his exploit code for the CVE-2019-5998 flaw and achieved code execution over a USB connection.

Next step was to gain the code execution via a wireless connection, but initially, the exploit script developed by the researcher was causing the camera crash.

Then the researcher finally found a way to exploit the above issues also over the air, one of the commands supported by PTP command allows remote firmware updates without any user interaction. The expert was able to access the keys for verifying the authenticity of the firmware and for encrypting it. This means that he was able to craft a malicious update.

Itkin was able to develop an exploit for both USB and WiFi connections, he also demonstrated that it was possible to encrypt files on the camera’s storage card using functions used for the firmware update process.

Below the disclosure timeline:

Canon also published a security advisory, the company confirmed that it is not aware of attacks exploiting the above flaws.

Owners of Canon EOS 80D DSLR can address the issues by installing the firmware version 1.0.3.