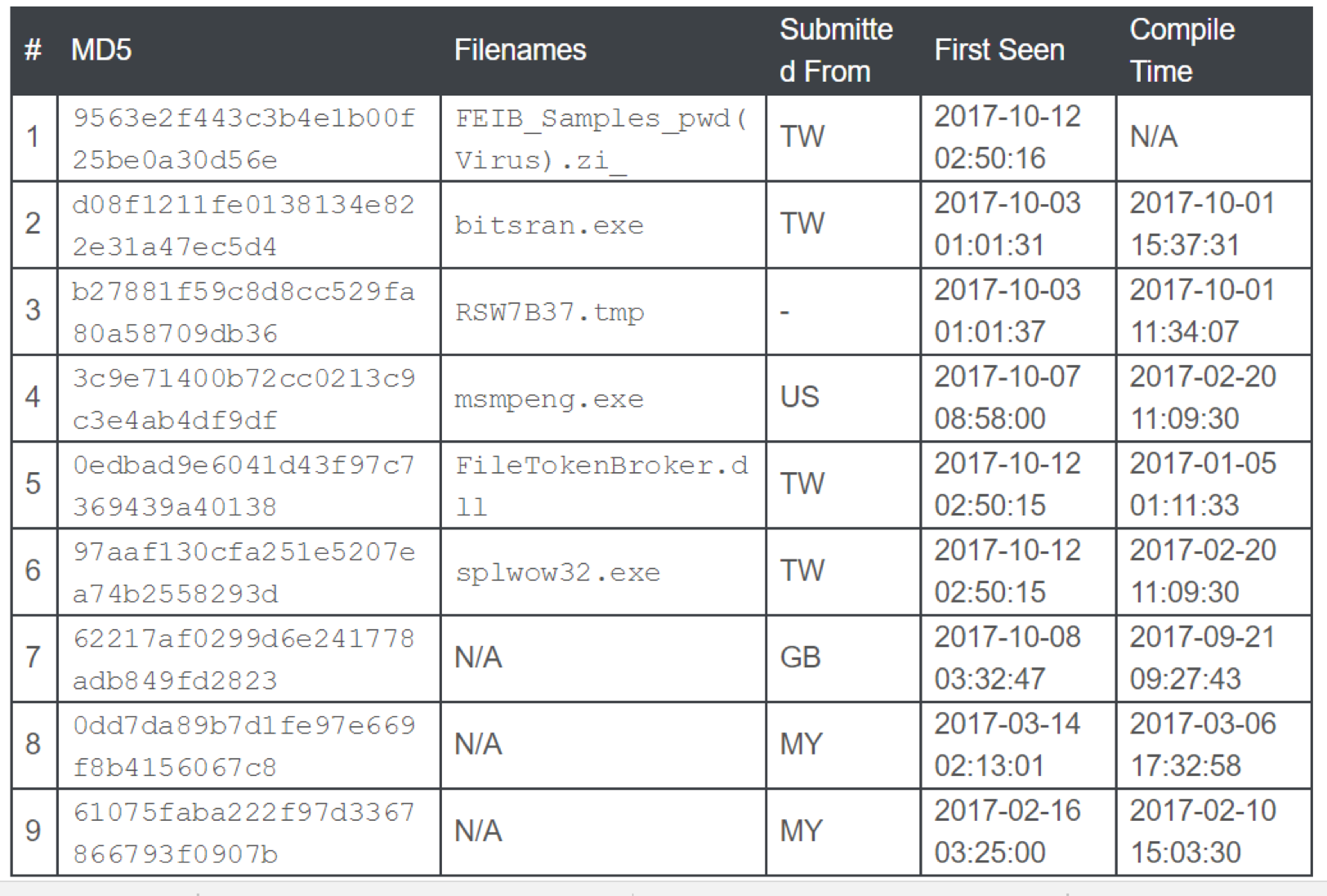 Researchers at BAE Systems investigated the recent cyber-heist that targeted a bank in Taiwan and linked the action to the notorious Lazarus APT group.

Reports of $60M being stolen are not correct, the overall amount stolen by the hackers were considerably lower.

The hackers transferred the money outside the island, but the bank claimed it had managed to recover most of it.

The Sri Lanka police have recently arrested two men allegedly involved in the cyberheist, the suspects are accused to have hacked into computers at a Taiwan bank and stole millions of dollars

Researchers at BAE Systems have identified some of the tools used in the cyber heist and linked them to the Lazarus‘s arsenal.

Researchers believe attackers used a piece of ransomware known as Hermes as a distraction tactic. According to researchers at McAfee, the Hermes variant used in the attack on the Taiwanese bank did not display a ransom note, a circumstance that suggests it wasn’t used for a different purpose, distraction.

“Was the ransomware used to distract the real purpose of this attack? We strongly believe so,” McAfee researchers said. “Based on our sources, the ransomware attack started in the network when the unauthorized payments were being sent.”

Lazarus operators likely used the Hermes ransomware on the bank’s network to interfere with the investigations and destroy evidence of their attack.

“The Hermes strain used on FEIB’s network did not change the infected computer’s wallpaper and didn’t leave a flashy ransom note behind, like the original Hermes note, portrayed below.” reported Bleeping computer.

“Instead, the Hermes version used in the FEIB attacks only showed a popup with the text “finish work” and left a file named “UNIQUE_ID_DO_NOT_REMOVE” in every directory.”

The Hermes samples analyzed by researchers at BAE Systems drop a ransom note in each encrypted folder.

The experts also analyzed another strain of malware used in the attack dubbed Bitsran, it is a loader used to spreads a malicious payload on the targeted network. The analysis of its code revealed the presence of hardcoded credentials for the network of the Far Eastern International Bank. The malware was likely used in a reconnaissance phase.

“Sample #2 [Bitsran] is designed to run and spread a malicious payload on the victim’s network.” states the report.

“The malware then enumerates all processes, searching for specific anti-virus processes and attempts to kill these using the command line tool taskkill.”

Other malware used by the attackers are the same used by the Lazarus group, including in attacks aimed at financial organizations in Poland and Mexico.

The malicious code contains string written in the Russian Language, but researchers believe is a false flag to deceive them.

The sample of Hermes ransomware analyzed by the experts checks the infected machine’s language settings and stopped running if use Russian, Ukrainian or Belarusian languages. This feature widely adopted by Russian and Ukrainian vxers who often avoid targeting machines in their country. However, experts speculate this could also be a false flag.

“The ransomware calls GetSystemDefaultLangID() to obtain language identifier for the system locale. It contains a list of three system language codes: 0x0419 (Russian), 0x0422 (Ukrainian), and 0x0423 (Belarusian). However, it only checks against the last two, and, if matching, the malware quits. Whether this is a false-flag or not is unknown.” states the analysis.

Below the hallmarks of the Lazarus group that were recognized by BAE experts in the attack on the Taiwanese Far Eastern International Bank:

“Despite their continued success in getting onto payment systems in banks, the Lazarus group still struggle getting the cash in the end, with payments being reversed soon after the attacks are uncovered,” concluded BAE Systems.

“The group may be trying new tricks to disrupt victims and delay their ability to respond – such as different message formats, and the deployment of ransomware across the victim’s network as a smokescreen for their other activity. It’s likely they’ll continue their heist attempts against banks in the coming months and we expect they will evolve their modus operandi to incorporate new ways of disrupting victims (and possibly the wider community) from responding,”