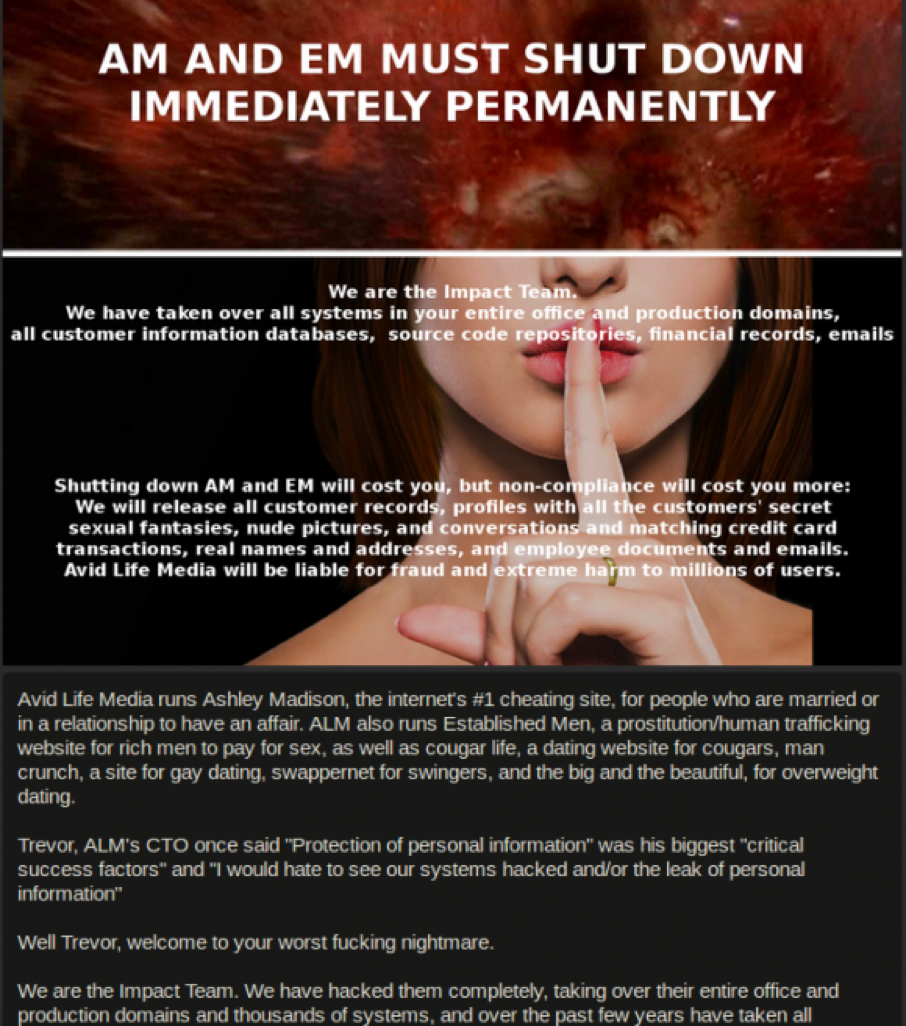 Ashley Madison agrees to an $11.2 Million settlement for a 2015 massive data breach

Dating site for cheaters Ashley Madison has agreed to an $11.2 Million settlement for roughly 37 million users affected by the 2015 massive data breach.

Dating site for cheaters Ashley Madison has agreed to an $11.2 Million settlement for roughly 37 million users whose personal details were exposed in a massive data breach in 2015.

The site was hacked in July 2015 and crooks dumped roughly 100 GB worth of sensitive data belonging to 37 million users.

The data leak led to blackmails and even some suicides.

Ashley Madison and the sibling website “Established Men” are now part of a Canadian outfit called Ruby Corp which last Friday announced the settlement with a group of users.

Since the data breach July 2015, Ruby improved the cyber security of its system through the implementation of numerous countermeasures.

The company also agreed to 20 years’ worth of the FTC overseeing its network security to ensure data protection. Security measures include:

Watch out! Ruby warns that only “Valid claims” will be refunded, attackers may have intentionally inserted fake records in the database in order to be compensated after the disclosure of the incident.

“Therefore, ruby wishes to clarify that merely because a person’s name or other information appears to have been released in the data breach does not mean that person actually was a member of Ashley Madison.” continues Ruby.

If you were one of the Ashley Madison’s users you probably had little chance of a quick anything.