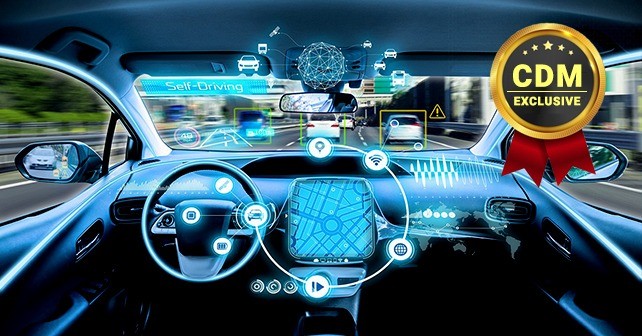 Once you get into the new environment you would begin digging in the darkness trying to figure out what is happening there. Maybe you would cope with so many ups and downs before you learn the rules of such a surrounding. In other words, any new situation or event would seek from you to develop a certain level of situational awareness. The situational awareness is about knowing what is going on around you at some time and within some surroundings. In the security sector, there would be plenty of education and training getting provided that would teach the defense staffs how to recognize and handle some situation. So, people can learn such a practice and use their well-developed learning curve to cope with some situation.

On the other hand, no situation is unique and it may take some time before you adapt to the ongoing circumstances. The security area is so wide and it would normally cope with the Law Enforcement, armed forces and intelligence community – so either you are gathering your findings for some investigation or the military operation it may take a while before you obtain enough such findings and make a decision to take the next step on. Sooner you develop the quite good situational awareness – better you would progress with your security campaigns and missions. On the other hand, in order to figure out what is happening within some zone, you need to rely on some bases either coming from your training, everyday routine or simply the experiences, so far.

The similar case is with the cyberspace environment. More you study, better you would do! From such a perspective, it’s quite clear that the accuracy is the top imperative to any situational awareness mission. Never let your situational awareness findings discourage you for a reason from time to time it may appear that you would deal with so heavy and sometimes irresolvable set of the occurrences. The ancient proverb would say that the fortune favors the bold, so always believe in your bravery and some good luck getting the chance to happen on your battlefield. The battlefield is not only a matter of military operations. Even the entire investigation teams could feel like the warriors who got no opportunity to give up from their combat before they resolve their case. As many experts would figure out, it’s only about the never-ending game between the cat and the mouse, so far.

Let’s return to the cyber defense and try to explain how the communications between two devices functions. First, both computing units would get set up to exchange the information, but only under certain conditions. It’s quite well-known that anything within the electronics is about the low-voltage electricity, so two devices in the computer’s network would exchange the electrical signals before they provide the entire packets of the information. So, it’s all about the good programming and the way how you would design your machine to operate. The communications protocols are nothing else but the intelligently created quizzes that would make two machines question each other about some concerns. Such a quiz could deal with a lot of questions and only if all the answers are correct – you would get the permission to successfully exchange your data on.

In so many cases, those communications protocols could deal with some encryption making them hard to get listened. That sort of cryptography could get recognized as the communications line encryption and so many Darknet browsers would count on that technology offering some level of privacy, security, and anonymity to their users. On the other hand, we could see the developers as the key actors in making such a solution, but never overestimate the possibilities of the programmers because they need to cope with the subject matter experts in order to develop something that would get so useful and helpful in the practice. In other words, the majority of the professional programmers are so smart guys, indeed, but their daily routine would include the counting of the code’s lines and basically, they would cope with the great mathematical and logical skills, but they would not be overpowerful. Only in the team with the other experts – they would have the chance to make something getting so competitive and intelligent from the point of view of the end-users. In addition, if you want to develop the reliable communications protocol, make your developer dealing with the engineers for telecommunications, electronics and computer engineering at the same glance and then expect such a multidisciplinary team of the professionals would resolve the majority of your concerns.

Anyone serving in security business would know that there are some procedures, policies and protocols that should get followed in order to remain active with your service. For instance, if the higher officer wants to confirm something about his staff – he would so carefully make the questions on trying to gain confidence about his apprentice. If the answers to those questions are satifactionary, the higher officer would give some piece of the information to that guy and afterward try to cover on the rest of such a communications. Not every single day such a quizzing would be the same. The security professionals would always make some changes in order to camouflage what they really know and do. Only the clever people would get capable to cope with those changes and remain in the service and in so many cases, such a way of thinking would get learned through the carefully prepared education and training courses. So, from time to time everyone would get updated about the new tendencies and the better you get – the higher you would go with your rankings.

From the nowadays perspective, the machines are still many steps behind the humans, so the straightforward answer to the question how to make them dealing like the folks would not completely exist, so far. Our approach would suggest that any defense officer dealing with some checking skills would get in mind the combinations of so many different questions and if we figure out it’s only about the expert’s knowledge and the certain amount of accurate responses – we could get that such an approach could get so handy in the world of the machines as well. In other words, it’s only about the expert’s knowledge databases of questions and answers that should get appropriately matched with each other in order to make the good linkage and allow the transfer of the accurate suggestions going through such a communications channel. For such purposes, we can see the strong applications of the artificial intelligence and machine learning as the key factors of the cybersecurity and defense, in general.

Get aware of using artificial intelligence

Our suggestion would be that it’s so necessary to try to make your neural network learning through the examples as it is the case with the today’s advancements, so far. So, if you put the expert’s knowledge against the expert’s knowledge into two separated databases and if you try to compare the results of those correlations – you would undoubtedly deal with the intelligent solution that would provide you some level of the confidence about someone responding to those concerns. More you are confident about someone’s knowledge, more credits that person would get. The similar scenario could get applied in the case of the information collection and situational awareness development. In other words, you need to compare so many stuffs with so many things in order to make a rational and objective conclusion about the certain situation, so far.

In conclusion, the accurate situational awareness could be from the vital significance for dealing with some situation. Even if it would appear that there is no exit from some situation – just try to think twice! If you put more effort with your thinking process, maybe you would figure out that there are some methods to take even symbolic advantage over some condition. The point is to never give up and maybe if you are not in position to win the battle today – you may get the entire war even tomorrow.