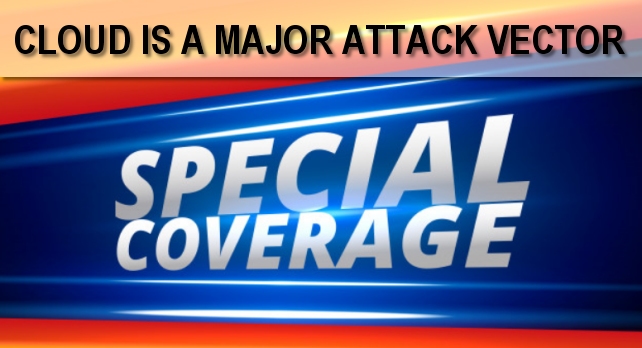 Armor, a leading global cloud security provider, reported that during 2018 it detected and neutralized over 681 million cyber attacks launched at its 1,200 cloud customers. Armor’s customers are in the Financial, Retail, Healthcare, Insurance, Software and Utility industries, and they are hosting their data in both public cloud environments and in its Virtual Private Cloud, Armor Complete.

While we hear lots of news reports about misconfigured cloud instances,  we do NOT hear about the tens of thousands of  “very deliberate” cyber threats being launched at cloud workloads every day.  In analyzing its customers’ attack traffic, Armor’s Threat Resistance Unit (TRU) security research team found the following:

Armor’s intelligence analysts and security researchers believe the vast majority of the millions of attacks they neutralized were ones of opportunity, as opposed to attacks targeting a specific client, as they saw a tremendous amount of scanning of their clients’ environments.

The typical modus operandi for attacks of opportunity include:  scanning the Internet for vulnerable applications or systems that can be compromised, getting an initial foothold into an organization’s IT environment and then looking for databases or other storage containers which might contain sensitive/valuable data (such as customer PII, payment card data or intellectual property).

Amongst the over 681 million cyber attacks, the four most frequently seen attacks were:

In analyzing the over 681 million attacks, the TRU Team  found that many of the  attacks were ones where the threat actors targeted known software vulnerabilities including ones in the Drupal, Magento and WordPress Content Management Systems (CMS).

“We saw the cybercriminals launch their attacks very quickly once the Drupal and Magento vulnerabilities were made public and PoC was released, knowing that it would take organizations time to test the patches and ensure that once installed the new fixes wouldn’t somehow  negatively impact their business,”  said Milligan.

Regarding the Drupal vulnerabilities, Armor knew their clients would also need time to patch so Armor proactively pushed out network signatures and correlation rules based on the Drupalgeddon 2.0 Proof-of-Concept (POC) code that was released publicly.

Armor Goes on the Hunt for Drupalgeddon Activity

Armor’s security analysts also initiated threat hunting activities, identifying multiple attempts by threat actors to exploit the Drupal vulnerability to deliver malware.   Through analysis of the malware and continued analysis of the PoC code and other exploit techniques, Armor was able to deploy countermeasures that effectively blocked the detected payloads and vulnerability exploits before any damage was done.

“Brute-Force Attacks and Web Application Attacks  are certainly not the most sophisticated nor the most lethal, however, they are still commonly seen because they are “good old standbys” that continue to work and are easy to get their hands on,” explained Milligan.

A cybercriminal can simply purchase any number of  password cracking tools and can rent or purchase exploit kits which contain many attack tools, including SQLi, XSS, RFI, etc. The kits are designed in such a way, making it quite trivial for an average computer user  to successfully attack various vulnerabilities and then distribute malware or potentially wipe a victim’s hard drive.

Brute-Force attacks are surprisingly effective because of the simple passwords people continue to use,” continued Milligan.  “Computer users will also, unknowingly, enable attackers to compromise multiple accounts by using the same or very similar passwords across their online accounts.”

Attacks targeting “Internet of Things” (IoT) devices, such as routers, cameras, DVRs, thermostats, electronic appliances, alarm clocks, etc. were also one of the most frequent attacks seen by Armor.

With IoT devices predicted to reach 20.4 billion by 2020, according to analyst firm Gartner, Milligan says he expects to see an increase in attacks in 2019 targeting  IoT devices because they are such easy prey, and they are so prevalent.   “When setting up and operating a home router, web-enabled appliance, DVR, many users don’t know or think to change the default password,” said Milligan.

According to a September 2018 study by anti-virus provider Kaspersky,  they found that brute forcing of passwords was used in 93% of attacks launched against IoT devices. The use of poor passwords or default passwords, combined with the fact that many manufacturers of IoT gadgets are more focused on ease-of-use and getting their product out to the market as soon as possible then on securing these devices, makes them ripe for attack.

The TRU Team  anticipates that the following cyber attacks will trend in 2019: