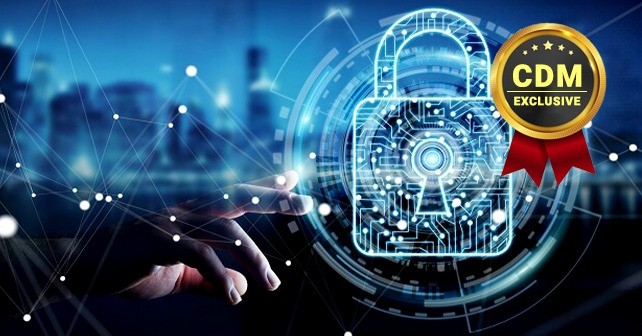 The point of this article would not be to deal with some of London’s gangs, but rather to present what the access control is and why it matters. We already know that the one who controls the access – controls the entire asset. Right here, we would deal with so fascinating, but still so simple topics such as Lampson’s matrix and also try to provide a better insight into how the systems are based on that matrix function in a physical way. So, get prepared – this would be a good drive through the world of lock, stock and two smoking – let’s say – access controls.

The access control got crucially significant to protecting your resources from the unwanted
approaching on. Many of today’s solutions would rely on the well-known Lampson’s matrix system, while some novel designs would deal with fingerprinting technology. Such a technology got so convenient to highly sophisticated systems and it’s something that we would usually meet in the science-fiction movies, follow-ups, and shows. The Figure
on our right would illustrate some of those highly sophisticated technologies – probably finding its role with some well-simulated and graphically designed video game or
film. The secret with this sort of technology is that you would take someone’s fingerprint’s pattern and use it every single time – you intend to access that asset. Only if your
fingerprint trace and such a sample match relying on pattern recognition technology – you would get the access on.

Right here, we would suggest that the standard access control systems would deal with the
Lampson’s matrix. The matrix is something similar to a table where every row and column got its meaning. In a Lampson’s matrix, the rows got called the subjects, while the columns got called the objects. The subjects can perform an operation over the objects which are defined in a table or – more precisely – the matrix. Table 1 illustrates how this works in practice.

As it’s demonstrated through Figure 1 – the users 1 and 2 are the subjects which can
perform the operations read and write over the objects being recognized as files 1, 2, 3 or 4.

The experience would suggest that this could get created not only mathematically, but rather physically using the wires and buttons. Such a Figure has been given on our left and it demonstrates how pressing the button with your bank’s card machine – you can get access to your funds. In such an example, it’s getting clear that entering the PIN code 3761 and pressing Enter – you can pass through that control’s check. Simply, once you press the button – you will make a contact between two wires representing the rows and columns of the Lampson’s matrix. It’s all about the fields representing something and being used to offer access. Finally, we would conclude this effort indicating that the access control found many practical applications and it’s not used to secure your funds only – but rather your objects, assets, and properties. I hope this brief insight gave a good overview on how everything functions in a reality and what could be the advantages of this simple and still inexpensive technology.

Since Milica Djekic graduated at the Department of Control Engineering at
University of Belgrade, Serbia, she’s been an engineer with a passion for
cryptography, cybersecurity, and wireless systems. Milica is a researcher
from Subotica, Serbia. She also serves as a Reviewer at the Journal of
Computer Sciences and Applications and. She writes for American and Asia-
Pacific security magazines. She is a volunteer with the American corner of
Subotica as well as a lecturer with the local engineering society.