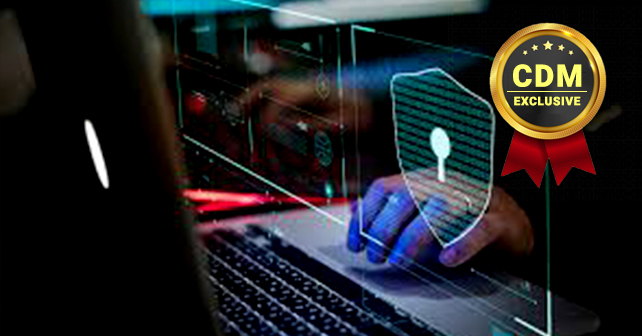 A Vision for Cybersecurity 2019

Cyberspace has long been an incubator from which security threats arise, but more and more, it is the incubator. And the conduit. And the arena in which security battles are fought. And it’s no longer merely the domain of hacktivists and cybercriminals. Increasingly, the actors are state-sponsored, and the tools and tradecraft in use are increasingly sophisticated. After land, sea, air, and space, cyberspace has become the fifth domain of warfare.

For all these reasons, cybersecurity has become much more important — and much more challenging — than ever, and no organization, public, private or governmental, is too small or too large to be immune from attack. Here’s what we’re up against:

An Intelligence-Driven Approach to Cybersecurity

In the face of a highly dynamic threat environment, all organizations — in the public, private and governmental sectors — require a new approach to cybersecurity. We can combat the threats from cyberspace, but doing so requires a more holistic and integrated response than we’ve seen in the past. Two elements that have been missing include timely, high-quality cyber threat intelligence and the ability to transform that intelligence — rapidly — into a stronger defensive posture.

With quality threat intelligence, security professionals can connect the dots between seemingly disparate artifacts and visualize a coherent picture of the true threat landscape. That’s a critical advance because it’s easier to thwart the attack you know is coming than to respond after the attack is already underway.

The second element that 21st-century organizations will require is a way to work with the threat intelligence — on technical, tactical and strategic levels. The age of “threat feeds” has passed. The information they provided lacked context and quality, as anyone who tried to work with them quickly discovered. The age of isolated endpoint agents and legacy anti-virus applications has also passed. Focusing only on endpoint protection misses vital areas of vulnerability.

We need to view the enterprise as an ecosystem, one that changes dynamically and grows rapidly. That ecosystem needs an integrated, enterprise-wide platform of security tools that can ingest good threat intelligence and then operationalize that intelligence properly throughout that ecosystem — including an organization’s endpoints, networks, clouds, IoT devices, supply chains and more. This would enable the organization to protect its people, data and processes — even its brand and reputation — from any emerging cyber threat.

Stealing the Fight from the Bad Guys

Cybercriminals, nation-state agents and other threat actors will continue to appear at an accelerating rate. New and updated tradecraft will continue to find its way into the markets of the dark web. If we accept these realities and do nothing but a hope that our existing technological defenses will hold, we increase the likelihood that those who would attack us will eventually land a blow — one that could be catastrophic.

High-quality threat intelligence, though, can help us stay ahead of the threats, give us advanced insight about what threat actors are doing, and learn what tradecraft is gaining traction in the dark web. When we have a mechanism enabling us to operationalize that intelligence throughout the enterprise, we can adjust our defenses to provide optimal protection the moment we have insight into what could be coming.

In short, we steal the fight from the bad guys. That’s going to be the best way to ensure security going forward. We need to be proactive. We need access to high-quality, human-vetted threat intelligence. We need to be able to transform that intelligence into real and meaningful action. We’ll never be fully immune to attacks emanating from cyberspace, but we can be very well prepared when they arrive.

Gene Yoo is CEO at Resecurity, which provides endpoint protection, risk management, and threat intelligence for large enterprises and government agencies worldwide. He has more than 25 years of experience in cybersecurity for some of the world’s largest brand names, such as Warner Bros., Sony, Computer Science Corporation, Coca-Cola Enterprise, Capgemini, and Symantec. Most recently, he served as senior vice president and head of information security for Los Angeles-based City National Bank. He also served in an advisory role to Phantom (acquired by Splunk), ProtectWise (acquired by Verizon), Elastica (acquired by Blue Coat), and Vorstack (acquired by ServiceNow).

For more information on Resecurity, please visit www.resecurity.com; follow the company blog at https://resecurity.com/blog/ and on LinkedIn and Twitter.