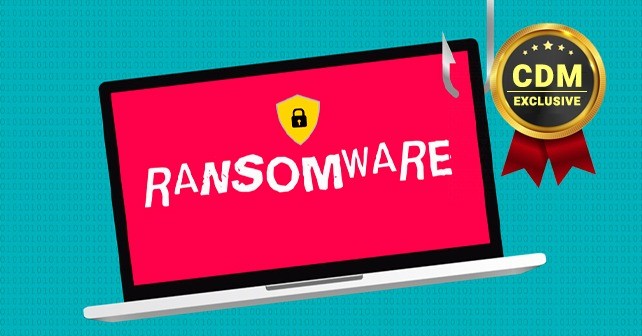 5 Most Disastrous Ransomware Attacks of the Last Decade

In the past few years, we have seen a massive change in the hacking industry. Let’s take a look at the most dangerous ransomware attacks and how to stay safe from these type of attacks.

By Susan Alexandra, Contributing Writer, None

Sending malware to systems and asking for ransom is not a new activity for hackers. They are doing it since the 90s. Ransomware varieties have grown increasingly advanced in their capabilities for spreading, evading detection, encrypting files, and asking users to pay ransom against their data. It is now a prominent threat to enterprises, SMBs, and individuals these days. Take a look at the most significant ransomware attacks and the after-effects of these threats.

This ransomware made its presence in the market in March 2015. It is also called a variant of CryptoLocker. TeslaCrypt specifically targeted gaming industry by encrypting their saved game, profiles, maps, downloadable content, and user-generated files of computer games. This ransomware hit 163 victims, netting $76,522 for the attackers behind it. After encrypting popular file types with the AES-256 encryption algorithm, TeslaCrypt holds the files for a ransom of $250 to $1000.

These encrypted files were backed up on the cloud, neither the external drive but stored locally. On the very next year, the creators of TeslaCrypt shared the decryption key with the public, and it was a significant relief to gamers whose data got compromised.

In the past few years, we have seen a massive increase in the android industry. This change is in favor of people as well as the hackers who want to target Android users. SimpleLocker also created for android users as it was used to scan victim’s SD memory cards for certain file types, including images, PDFs and other documents, and audio files encrypt them and demand some money or ransom in order to decrypt the files.

If the device is attacked, the victim gets a pop-up window to restore the data against some Ukrainian currency.

This malicious program was to bring ransomware and its worst implications to the fore. CryptoLocker spread via attachments to spam messages and used the RSA public-key encryption to seal up targeted user files.

While ransomware usually freezes the device of the user, CryptoLocker followed a different route. It allowed the users to run their systems and the downloaded software but encrypted their user files. The data was not lost, but the hackers were demanding cash (millions of dollars) in return for the decryption keys.

WannaCry ransomware was the most disastrous attacks that infected more than 250,000 systems around 116 different countries. This ransomware was initially started with the European countries and regions and then spread into multiple countries. The prime target of this attack was hospitals, businesses, government organizations, and radio stations.

This ransomware resulted in a massive loss of four billion dollars. Victims of this attack were the users of the Windows operating system. After the attack, the encrypted files were saved in a hard drive and users were forced to pay in bitcoins in order to get their data back.

Petya was a ransomware package that dated back to 2016, but just weeks after the WannaCry outbreak, an updated version began to spread. It not only encrypts files but also overwrites and again encrypts the overwritten files in Master Boot Record (MBR). Later, the cyber experts revealed that while the malware was a variant of Petya, it was not Petya.

In this world, no one is safe from cyberattacks, ransomware, and malware attacks. No matter how expert you are, who you are, and what industry you belong to. You must keep your systems up to date because It is a matter of data and if you have the data that holds personal information, you must take care of it otherwise, your data can be gone into wrong hands. Below are some tips that can help you protect your data.

It is essential to keep your system up to date with the best anti-malware, anti-virus, VPN, and other encrypted tools that tighten your computer’s security. Systems running with outdated software are vulnerable to attacks, and hackers can easily target those systems.

Make it your habit to back up your data twice a month. Store, all the data on the cloud or external hard drive, would be the best option to store your data.

Another way to prevent ransomware is to be extra vigilant about links on the emails. Many people click on the malicious links or attachments that can download the ransomware to their system. Always think twice before clicking so you can keep infected links and other malicious sources away from your computer and valuable data.

Scan your system with the tools and keep the scan scheduled so that you can easily detect the threats. It will also help you in detecting real-time threats to your system.

If you are working in an organization, educate your employees and tell them all possible ways to avoid ransomware. Give them training every month and keep them updated with the security tools and the basics of online security.

Susan Alexandra is an independent contributing author at Securitytoday and Tripwire. She is a small business owner, traveler, and investor in cryptocurrencies.