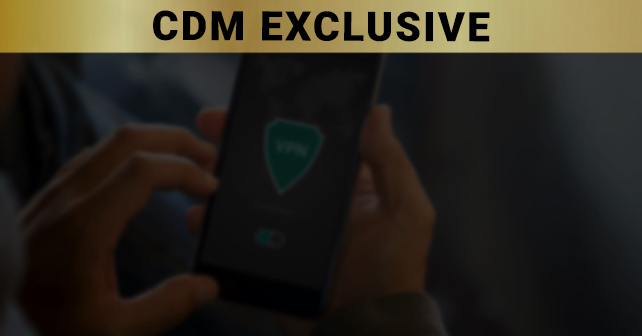 4 Reasons Why VPNs are More Than Just Security Apps

See how VPNs can help you in other ways aside from security.

Unless you’ve been living under a rock for the past few years, odds are you’ve already heard about VPNs. This wonderful software has secured people’s online activities for well over 2 decades now. And the way things are going, it seems the VPN is not going away any time soon.

But, how exactly do VPNs provide security? Well, it’s all about the data packets.

When you search for something on the internet, your browser sends a request to a DNS server. This request contains data packets which in turn contain readable plain text. These data packets then make their way to the proper DNS server that records their contents along with your IP address.

Normally, these data packets are readable to anyone who’s able to gain a hold of them — which means their normally unsecured. However, with a VPN, these packets get encrypted, thereby, making them unreadable. Furthermore, anyone trying to read your data packets won’t be able to trace them back to you since a VPN also masks your true IP address.

But, what most people may not know is that VPNs lets them do much more besides simply securing their connection.

4 reasons why VPNs are more than just security apps

One of the first, and most obvious, extras you get with a VPN is privacy.

When a VPN encrypts your data packets and hides your true IP, it’s not only protecting you from the hackers that want to infect your device with malware, it protects you from anyone just snooping around your connection.

With Black Friday, Cyber Monday, and the holidays coming up, are you thinking about using your hotel or airport Wi-Fi to do your online shopping? Use a VPN to shop on secure HTTPS online shops. This ensures your privacy from anyone snooping around that public Wi-Fi’s connection who might want to find and steal your personal information.

With all that said:

VPNs were primarily made for security, not privacy. It just so happened that this primary function also allowed some benefits to privacy. But, you shouldn’t expect 100% anonymity from a VPN alone. You can install additional privacy apps (like TOR and DuckDuckGo) that work with your VPN to get you the privacy you need.

Did you know that your VPN can save you money on online booking?

Don’t worry, this isn’t anything illegal. You’re simply taking advantage of how retail websites work. It all has to do with your IP address.

If you’ve been traveling for some time, you may have noticed in the past that prices for airline or car rentals often fluctuate. This is because prices differ by location due to foreign currency leverages and advantages of the points of sale.

Simply by switching VPN servers, you can, therefore, use your VPN to have your IP address appear like you’re from another location — preferably one with cheaper online booking.

In theory, this method can also work for other sites that require you to pay for a service. These include Hotels, Streaming, and Subscription software.

If you’re a resident of the EU that frequented American websites, you may have noticed that some sites have blocked you from accessing their content. Apparently, the GDPR taking effect led to some sites simply blocking European IP addresses rather than spending money for compliance.

Perhaps your an individual who likes downloading torrents but you can no longer do so because you’re in a place that has blocked these torrent sites for whatever reason.

These blocks are done by blocking your IP address. But since your VPN masks your true IP address and can make it appear to originate from another location, you’re therefore free to access these sites.

I don’t think I need to explain what Netflix is, right? It’s currently one of the biggest names in the entertainment and streaming industry and has become a household name.

KODI, on the other hand, is relatively new. It’s an open-source home theater software that lets you watch what you want via its plug-ins.

The problem you may have encountered with these two entertainment media is that their content is geo-blocked. These blocks were set up for various reasons like possible copyright infringement and for financial reasons. Is a VPN the solution to this problem? Yes, but there’s good and bad news.

The good news is that a VPN can unblock these geo-restrictions.

The bad news is that not all VPNs are able to do so.

On Netflix’s part, this is because the company itself has taken steps to block VPN servers. This means that they’re effectively blocking paying users who now live outside the unrestricted locations.

If you want to access Netflix wherever you are, you can look for the best Netflix VPN currently available. These VPNs are some of the only ones to unblock Netflix.

VPNs are Good for More than Just Security

If you’re using a VPN, you’ve got yourself a handy tool that not only protects you from hackers but also from spies.

Make use of its IP masking and separate server locations to save money on airline tickets, car rentals, and many more.

Use it to get around those annoying site blocks and even gain access to the best entertainment content on Netflix and KODI.

John Mason the Chief Researcher at the best VPN. He is an avid privacy advocate and the founder of the best VPN. John can be reached online at john@thebestvpn.org and at our company website https://thebestvpn.com/