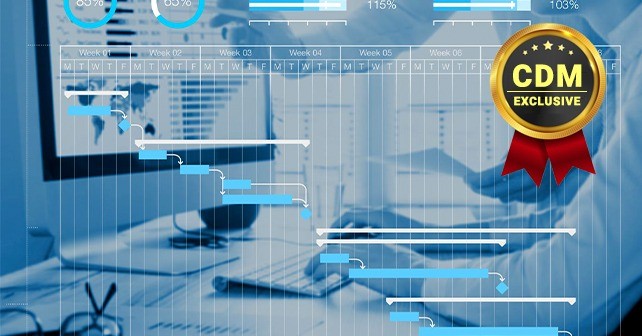 There are many industries with a lot to lose when it comes to counterfeit parts and materials. Today, we’ll talk about four of them.

The dangers are impossible to ignore, and range from having our sensitive information intercepted or held for ransom to having our defense systems shut down at a critical moment. Specialists and decision-makers in these industries and every other need to know why they’re at risk and what to look for. Only then can they protect themselves.

The health care industry, and medical devices specifically, is a particularly worrisome hotspot for counterfeit materials. Medical devices can be pricey, even when reconditioned and sold on legitimately used markets. The definition of “medical device” expanded in recent years to include items ranging from syringes, glucose meters and blood pressure monitors to implants and digital pacemakers.

The threats here range from making devices more susceptible to malware and remote hacking to distributing devices, like patient monitoring devices, with the intent to gather as much information on us as possible.

The high asking price of modern medical devices means customers across the world often turn to illicit sources for some vitally important health equipment. To combat counterfeits and help protect the value of legitimate aftermarkets in the health care industry, manufacturers can make more widespread use of unique device identifiers and even turn to blockchain to ensure greater authenticity in the supply chain.

The defense industry keeps lots of people around the world employed and currently has a value of $398 billion globally. But this vertical unfortunately attracts a lot of counterfeiting activity. Apart from health care, it’s hard to imagine an industry with more significant potential for collateral damage.

In 2017, the U.S. military estimated as much as 15% of their replacement parts pipeline consisted of counterfeit parts. This supply chain is the same one that keeps the ground, air and sea vehicles functioning, ensures guidance systems work as expected and protects the integrity of countless other devices and assets at home and in the field.

In a mission to stamp counterfeits out of the defense industry, the Defense Advanced Research Projects Agency began developing “chiplets” that military contractors and authorized manufacturers could begin incorporating into designs. These chips would identify when a device may have become compromised. Before these prevention programs came online, it wasn’t uncommon for U.S. Customs to seize millions of counterfeit microchips in a given year that would have found their way into defense systems.

In some cases, the parts in question came from missile defense systems. But hiring employees for their attention to detail and training them to keep security a top-of-mind concern should help ensure counterfeit defense products don’t make it as far as customs before getting detected. This type of public-private collaboration is an essential tool as well.

With a lot of the “front” and “back” doors covered at the commercial level with encryption, and at the consumer level with strong passwords, good email security hygiene and virtual private networks, hackers and counterfeiters are turning their attention to infiltrating the very structure of the “house” itself.

Given that networking and IT hardware can perform checks of their own against cybercrime, this trend is especially worrying. Cisco and companies like it have, understandably, taken strong measures after discovering authorized and unauthorized sellers who appeared to knowingly distribute counterfeit Cisco products and pass them off as genuine. One suit by Cisco targeted defendants in New Jersey and California, making this a nationwide phenomenon.

Local IT departments in small and medium-sized businesses need to know what they’re up against. Chasing discounted or shady “renewed” IT equipment can sound like an excellent strategy to scale your infrastructure affordably. But it can leave you vulnerable to any number of potential thieves and criminals who can use that fake IT gear to commandeer your whole digital footprint.

Ask original manufacturers for a list of their authorized resellers. If they list the vendor you’re interested in, it means the original equipment manufacturer has a reasonably high degree of confidence in that reseller.

And even if you’re careful about who and where you buy your IT gear from, it’s possible you might still get your hands on a fake network switch or router. Pay attention to the fit and finish of the product. See if the build quality, the labels, the colors and the functionality match what you expect or you’re used to. Don’t plug it in or install anything if you have concerns. Instead, take some photos and get in touch with the original equipment manufacturer.

Over the years, several high-profile deaths have resulted from counterfeit construction materials. One case involved fake bolts, and the other was the result of a ruptured counterfeit cement kiln. A few years later, in 2003, the Construction Industry Institute issued a study citing the cost of counterfeit goods in construction at around $1 trillion per year.

Counterfeit parts in the construction industry can be deadly — and there’s never been a more essential time to take it seriously now that electronic systems are making their way into construction equipment and the very structures of our buildings like never before.

Companies sourcing raw metals, particularly steel, for the manufacture of nails, screws, beams and other materials, need to know their sources aren’t sneaking in inferior metals than what they claim in their specs. That’s how George Hedley puts it, anyway — he wrote “Get Your Business to Work!” and was a contractor and subcontractor in sheet metal and steel fabrication.

Counterfeit steel is scary in one way, but counterfeit smart home components are frightening in a host of fresh new ways. The Internet of Things is now an integrated part of the construction process, as homes and buildings become smarter, greener and more self-sufficient. More systems have electronics and internet-connected control mechanisms built right in.

Suffice it to say, builders right down to individual contractors and handymen need to know what they’re installing, and how and whether the homeowner can take precautions to protect it from intrusion. Even choosing a “smart” ceiling fan can’t be a throwaway decision.

Companies and governments can take steps to ensure electronic devices destined for the construction industry pass muster and don’t mix with counterfeit doppelgangers. One way is to lobby for strong intellectual property protections on the global stage. Part of the reason why shipments of counterfeit parts are so common in some parts of the world is that not every region has taken appropriate measures to prevent and respond to IP theft.

Because of this, counterfeit or lower-quality-than-advertised building materials keep putting our physical safety in jeopardy, while compromised smart HVAC and lighting systems put our digital systems at risk. As with other industries, blockchain could do the heavy lifting in the creation of a secure, immutable database of trusted manufacturers and service providers.

No matter what, counterfeit goods are a stubborn problem and will stay that way for some time. But awareness and technology go a long way toward keeping our supply chains and customers safe. An ounce of prevention is worth a pound of cure and tons of regret, so consider suspected counterfeit products a case of “see something, say something.”

Transitioning to Remote Work: The Apps You’ll Need to Ensure A Productive Workforce Why And How to Eliminate Security’s Biggest Blind Spot: Transport Layer Security (TLS) Making the Most of Virtual Cybersecurity Events for your Company and the Community A Digital Journey: A Long and Winding Road Threat actors exploit a flaw in Coinbase 2FA to steal user funds The Cybersecurity Trends You Need to Know About In 2022 Why the Future of Threat Detection and Prevention is Unified Security and Risk Analytics How To Defend Railway Subsystems from Targeted Cyber-Attacks
September 1, 2019