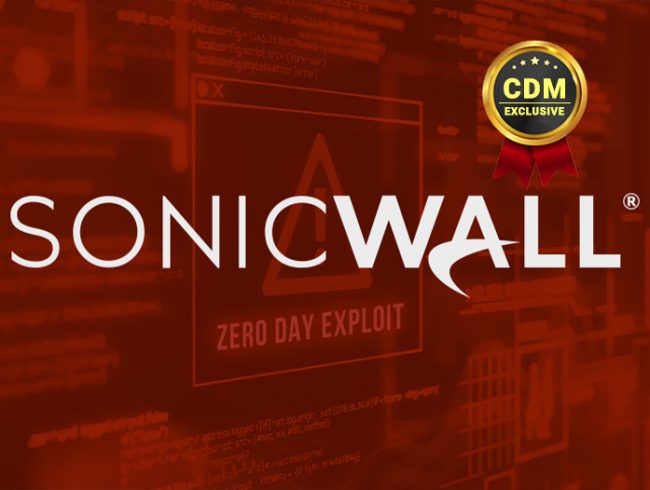 SonicWall is warning its customers to update their hosted and on-premises email security products to address three zero-day vulnerabilities that are being actively exploited in the wild.

The three vulnerabilities addressed by the security vendor are:

“In March 2021, Mandiant Managed Defense identified three zero-day vulnerabilities in SonicWall’s Email Security (ES) product that were being exploited in the wild. These vulnerabilities were executed in conjunction to obtain administrative access and code execution on a SonicWall ES device.” reads the advisory published by FireEye. “The adversary leveraged these vulnerabilities, with intimate knowledge of the SonicWall application, to install a backdoor, access files and emails, and move laterally into the victim organization’s network.”

Attackers exploited the CVE-2021-200221 and CVE-2021-20023 flaws to gain administrative access to the device and access configuration files to gather intelligence on existing accounts and read Active Directory credentials. The attackers leveraged the CVE-2021-20022 issue to upload a crafted ZIP archive containing a JSP-based web shell called BEHINDER. The BEHINDER is a publicly available, multi-platform web shell that allows attackers to establish encrypted connections with command and control (C2).

“With the addition of a web shell to the server, the adversary had unrestricted access to the command prompt, with the inherited permissions of the NT AUTHORITY\SYSTEM account.” continues the analysis published by FireEye.

“After clearing the SonicWall application “webui.json” log file, the adversary escalated their attack to credential harvesting in preparation of moving laterally into the victim’s network. The adversary relied on “living off the land” techniques rather than bringing their own tools into the environment, which often has the benefit of potentially avoiding detections from a security product.”

SonicWall is urging it customers to update the their installs

“Through the course of standard collaboration and testing, SonicWall has verified, tested and published patches to mitigate three zero-day vulnerabilities to its hosted and on-premises email security products.” reads the advisory published by the security vendor.

The company published a step-by-step guidance on how to apply the updates, the following table provides additional details about affected versions.