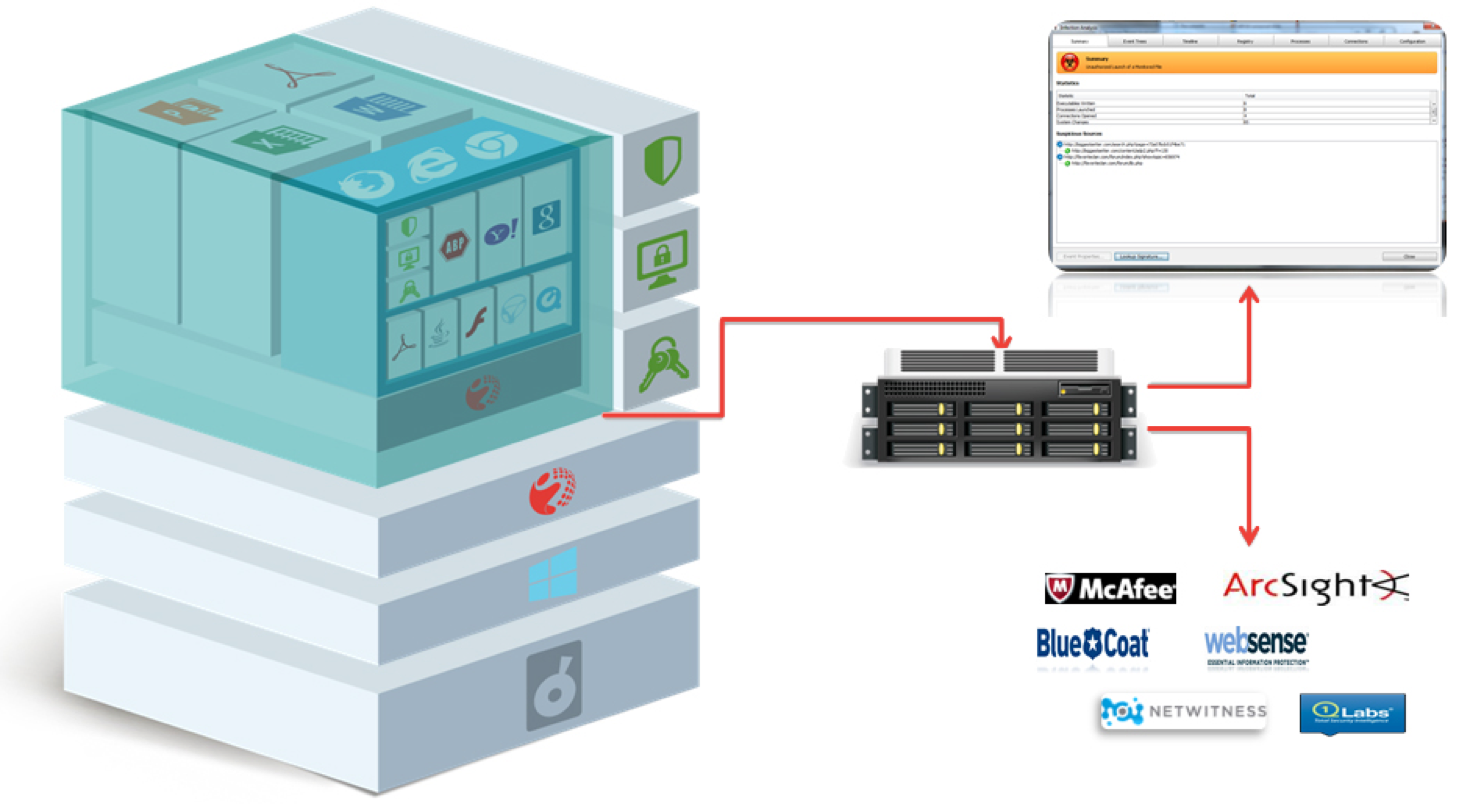 Hackers can exploit the flaws to disable security mechanisms, escalate privileges and execute arbitrary code within the context of the application user.

According to the experts from CISCO Talos, the vulnerable pre-installed software is the Dell Precision Optimizer application service and the Invincea-X and Invincea Dell Protected Workspace.

“Talos are releasing advisories for vulnerabilities in the Dell Precision Optimizer application service software, Invincea-X and Invincea Dell Protected Workspace. These packages are pre-installed on certain Dell systems. Vulnerabilities present in these applications could allow attackers to disable security mechanisms, escalate privileges and execute arbitrary code within the context of the application user.” states the advisory published by Cisco Talos.

An attacker can exploit the flaw by sending crafted data to the \Device\SandboxDriverApi device driver which is read/write accessible to everyone. A

The attacker can exploit the issue to write an arbitrary value to kernel memory space in order to gain local privilege escalation.

The second flaw tracked as CVE-2016-8732 affected the Invincea Dell Protected Workspace version 5.1.1-22303, that is a security solution for endpoints.

According to Talos, the flaws exist within one of the driver components, ‘InvProtectDrv.sys’ that is included in version 5.1.1-22303 of this security software. Weak restrictions on the driver communications channel and insufficient validation could allow an attacker controlled application that is executed on an affected system to leverage the driver to disable protection mechanisms.

Weak restrictions on the driver communications channel and insufficient validation allow an attacker-controlled application executed on the vulnerable machine to leverage the driver and disable some of the protection mechanisms in the software. The bug was fixed in the 6.3.0 release of the application.

“During the start of ‘Dell PPO Service’, supplied by Dell Precision Optimizer application, the program “c:\Program Files\Dell\PPO\poaService.exe” loads the dll, “c:\Program Files\Dell\PPO\ati.dll”. This in turn attempts to load “atiadlxx.dll”, which is not present by default in the application directory. The program searches for an appropriately named dll in the directories specified by the PATH environment variable. If it finds a dll with the same name, it will load the dll into poaService.exe without checking the signature of the dll. This can lead to execution of arbitrary code if an attacker supplies a malicious dll of the correct name. ” continues the advisory.

An attacker could supply a malicious DLL having the same name of the “atiadlxx.dll” in one of the directories specified by the PATH environment variable to achieve arbitrary code execution.

The security implications for the flaws are serious because the Invincea Dell Protected Workspace is an application is commonly deployed to secure workstations within high-security environments.

Talos users’ organizations using affected versions of this software to update them to the latest version as soon as possible. It is important anyway to carefully assess any pre-installed software to avoid that flaws affecting them can be exploited by attackers.

“Given that the Invincea Dell Protected Workspace is an application that is commonly deployed to secure workstations within high security environments, it is recommended that organizations using affected versions of this solution update to the latest version as quickly as possible to ensure that the protections provided by this software cannot be bypassed by an attacker. ” concluded Talos.