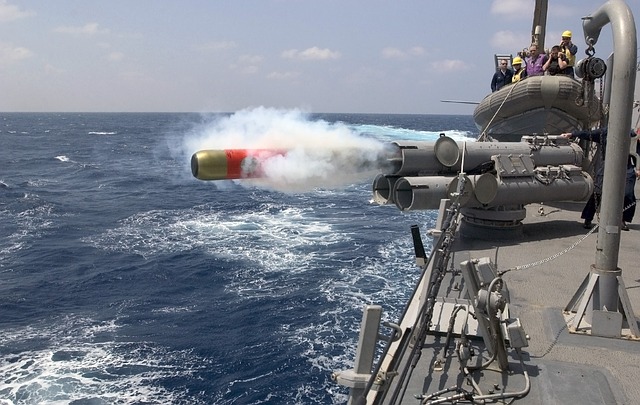 ToRPEDO attacks – A group of academics from Purdue University and the University of Iowa discovered multiple vulnerabilities in cellular networks that affect both 4G and 5G LTE protocols.

A group of academics from Purdue University and the University of Iowa discovered multiple vulnerabilities in cellular networks that affect both 4G and 5G LTE protocols.

The weaknesses resides in the cellular paging (broadcast) protocol, the researchers’ findings were disclosed at the NDSS Symposium 2019, the experts also published a paper titled “Privacy Attacks to the 4G and 5G Cellular Paging Protocols Using Side Channel Information.”

The flaws could be exploited in attacks that could allow remote attackers to bypass security protections implemented in 4G and 5G, allowing so-called IMSI catcher devices to intercept users’ phone calls and track their location.

The researchers devised three types of attacks that leverage the paging mechanism.

The primary attack, named ToRPEDO (TRacking via Paging mEssage DistributiOn), can be carried out by attackers to locate a target device. Attackers could also inject fake paging messages and launch denial-of-service (DoS) attacks.

When a mobile device is in its idle, low-power state, it will save battery by polling for pending services only periodically.

When a device in idle mode receives a phone call or an SMS message,
the network’s Mobile Management Entity (MME) mechanism asks the nearest base station to the device to broadcast a paging message to notify the device of the incoming call or text.

The researchers discovered that if an attacker starts and then immediately stops calls several times in a short period of time, the base station update TMSI value very frequently while sending the paging messages.

An attacker can sniff the paging messages using IMSI catchers like Stingrays, can verify if a targeted cellular user is within a range of the interception or not.

Experts pointed out that paging messages also include a value called “Temporary Mobile Subscriber Identity” (TMSI) of the device that doesn’t change frequently.

However, researchers find that if an attacker starts and then immediately cancels calls several times in a short period, the base station update TMSI value very frequently while sending the paging messages.

An attacker can sniff the paging messages using IMSI catchers like Stingrays, can verify the presence of a targeted cellular user in any cellular area.

Once the attackers have obtained the target’s paging occasion using the ToRPEDO attack, they can carry out other attacks. Attackers can hijack the paging channel to send fabricated emergency messages, mount a denial-of-service attack by injecting fabricated, empty paging messages, and thus blocking the victim from receiving any pending services.

The other two attacks based on the ToRPEDO were called the PIERCER and IMSI-Cracking.

The PIERCER (Persistent Information ExposuRe by the CorE netwoRk) attack could be exploited by an attacker to associate the victim device’s unique IMSI with its phone number.

“Our investigation of paging protocol deployments revealed that in some exceptional cases, contrary to conventional wisdom and 3GPP recommendations, some service providers use IMSIs instead of TMSIs in paging messages to identify devices with pending services,” the researchers explained. “A simple manual testing revealed that it is possible to give the service provider the impression that the exceptional case is occurring which forces it to reveal the victim’s IMSI.”

ToRPEDO attack also allows an attacker with the knowledge of the victim’s phone number to retrieve the victim’s IMSI, on both 4G and 5G, by carrying out a brute-force attack.

Once obtained the IMSI number, the attackers can snoop on victim’s calls and track its location using IMSI catchers. The attack also works if the victim is using a 5G handset.

Intercepting data traffic via iPhone Trojan Source attack method allows hiding flaws in source code REvil Ransomware gang uses DDoS attacks and voice calls to make pressure on the victims G7 calls on Russia to dismantle operations of ransomware gangs within its borders Gigaset Android smartphones infected with malware after supply chain attack Belgium Interior Ministry said it was hit by a sophisticated cyber attack 5 Steps to Protect Your Organization from the Next Ransomware Attack Microsoft Successfully Defended The Azure Cloud From A Massive DDOS Attack. (Spoiler: You Can, Too.)
February 28, 2019