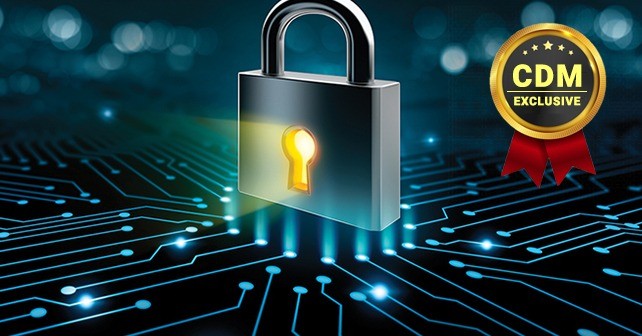 Server less Security Analysis: The Best Practices on How to Enforce Them

Even before companies started making the jump to go serverless, security has already been a concern in a world largely becoming digital. Now, with tech steadily turning towards the trends of serverless — everything from architecture to applications are growing in number by the day — and with related cloud-based operations, the question of security becomes even more prominent, as this form of structure may require more complex considerations.

The Strength in Serverless

Computing can be seen as an evolutionary process. It went from physical machines to virtualization before becoming cloud computing and containers, before finally making the jump to serverless. Serverless architecture has numerous benefits compared to traditional counterparts. Serverless is typically used for applications that require custom images and events, even fixed time triggers. It’s best used for applications with rapid and high fluctuations in traffic, as it’s capable of scaling to cope with rapidly rising and falling traffic.

However, with these benefits come a different set of security protocols, especially against the expected standard of traditional. With no physical servers and processes running on ephemeral functions, serverless can cut down on the more common concerns. It’s even able to take on heavier attacks than traditional systems.

Still, it’s not without faults. There are more areas to attack, data becomes at risk during transfers, and keeping an eye on its many functions is challenging. There are several good practices to remember in defending serverless architecture. Keep in mind that not all companies will need the same security protocols. Still, it’s imperative to know them to be able to prepare for any occasion.

Serverless systems are typically stronger against heavy DDoS attacks. DDoS attacks are performed by overloading a website with repeated requests, taxing it to its limits and causing it to stall. Ultimately, the site crashes and users won’t be able to use it. Serverless architecture is typically less vulnerable to these types of attacks. Its scalable platforms can withstand heavy DDoSing.

However, they still have limits, and it may cost a company a great deal of money to hold the fort against such an attack. In this end, using an API gateway adds another layer of protection. Rate limiting won’t be a problem any longer, and your resources won’t get exhausted.

One of the main risks with serverless structures is that data may be vulnerable during transfers and transmissions. Email, for example, is one such vulnerability. Most cybersecurity practices include email security, but in the case of defending serverless emails, data partitioning is a great way to ensure that the payload is transferred safely. The act of sending the email is separated into different partitions, ensuring that the entire email is not sent all in one go. This makes it far safer and less likely for the entire email to fall to anything malicious to extract data from it.

Any cybersecurity expert will say that authentication and authorization protocols are some of the most basic and initial concerns. Ever since programmers developed accounts and passwords, it has been the pillar of digital security. The same is still true for serverless processes.

There are numerous functionalities that could be going on in a serverless system. Authentication and authorization need to be heavily enforced, clear cut, and binding throughout all platforms. If an app can be accessed through mobile, computer, or other platforms, the same solid reinforcement must be there in each of the platforms individually. However, to avoid redundant checks and complexity, the API gateway could be another excellent method to use.

Another area that may produce security vulnerabilities is if an application has dependencies or is linked to third party services. Payment gateways are some of the most common of them. In a traditional setting, patches aren’t a particular fit for serverless architecture. However, it is still a major concern, especially as third-party services such as payment gateways and platforms will have extremely sensitive user information that gives access to their finances.

Security protocols used by the application and the third party must be rechecked to ensure that they remain up to date at all times. Automated tools can also aid in checking the dependencies so there are no vulnerable components being used as well. For third parties, security questionnaires can also meet the necessary safety requirements. It’s also essential to stay on top of things and audit the status whenever possible.

Monitoring should be a regular part of security upkeep for serverless systems. There are numerous functions being triggered and deployed at any given time, many of them short-lived. They grow as the serverless application scales up.

While it may be easy to lose sight of everything going on, it’s imperative that there’s still constant monitoring of the ongoing functions. This way, in spite of the increasing complexity of the system, you will still be able to stay on top of any malicious attacks or attempts to force any unsafe processes. The functions themselves need to be checked for any security vulnerabilities as they are developed and updated.

What the Future Holds for Serverless

Security concerns aside, the future seems to only get brighter for serverless. It’s currently the fastest growing cloud service model, growing at 97% a year. With its low cost, less complex operations, and increased efficiency, it only gets more and more popular for developers worldwide. The rising trend towards the next few years shows the industry leaning towards innovation and improved performance. There is also expected growth in testing options, to truly be able to audit and gauge what limitations serverless may have and how far it can still be taken.

Security is also seen to improve further. With the rapid growth of serverless, the security must also rise with it. Cloud service providers are seen to be the next focal point in heightened security. Applications also need serious boosts insecurity, as one in five of them have critical vulnerabilities. This year and the next predicted that enterprises would be more likely to seek out the rest set of tools for protection. These even include policies that make use of the full visibility of serverless, along with the unique cloud deployments used.

Serverless is starting to become adopted more and more throughout the world. The wave sees multiple application components like models, executed on triggers, providing greater speed, efficiency, and cost-effectiveness. The traction continues to gain speed as the benefits of serverless architecture, most especially all its important security benefits, continue to spread to developers who are looking for great solutions for new applications.

As long as companies maintain a commitment to security, reinforcing cybersecurity protocols, and understanding where serverless’ vulnerabilities lie, serverless can only develop to become even more secure and efficient. In no time at all, serverless can fulfill the expectation of becoming the next great evolutionary iteration of computing.

Stay up to date on the latest news and trends in cybersecurity, including vital knowledge about keeping serverless architecture safe by visiting Cyberdefensemagazine.com

Aaron Chichioco is the content editorial manager and one of the designers behind the creation of Design Doxa.com. His expertise includes not only limited to Web/mobile design and development, but marketing, branding, and eCommerce Strategies as well. As a former operations manager, he used to oversee the day-to-day operations of several online businesses since 2011. You can follow Aaron on twitter at @Aaron_Chichioco and http://designdoxa.com/about-us/