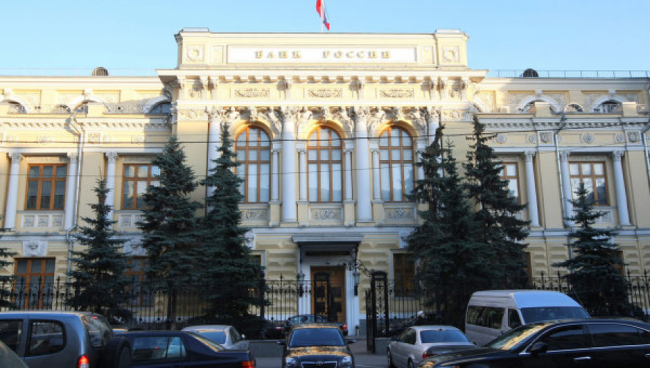 While I was reporting the news that the FSB unnamed foreign hackers are planning to undermine Russian Banks, the Russian Central Bank confirmed hackers have stolen 2 billion rubles (roughly $31M) in cyber attacks

Central bank official Artyom Sychyov confirmed the incident and added that the hackers had attempted to steal much more, about 5 billion rubles.

“We were lucky to return some of money,” said a Russian central bank spokesperson.

Sychyov was commenting on a central bank report released yesterday by the FSB. The hackers broke into bank accounts by faking a client’s credentials. The bank provided few other details in its lengthy report.

“Hackers stole more than 2 billion rubles ($31 million) from correspondent accounts at the Russian central bank, the bank said on Friday, the latest example of an escalation of cyber attacks on financial institutions around the globe.” reported the Reuters.

At the time I was writing there are no details about the attack.

The recent string of attacks against the SWIFT system urged financial regulators around the world to force banks to beef up cyber security.

In September the SWIFT disclosed more attacks against banks worldwide, pressures banks on security and urged member banks to implement the new SWIFT software by November 19.

In the last months, a worrisome string of cyber attacks against banks worldwide through the SWIFT system has alarmed the banking industry. The so-called “SWIFT hackers” have conducted multiple cyber attacks against financial institutions. We reported the successful cyber heists on the Bangladesh bank, against a Ukrainian bank, and the Ecuadorian bank, meanwhile, a Vietnam bank reported to have blocked an ongoing cyber heist.

In May, a fourth Bank in the Philippines was a victim of the SWIFT hackers and the experts at Symantec confirmed the malware used by the crooks shares code with tools used by the notorious Lazarus group linked to the North Korean Government.

According to the Reuters agency, the SWIFT issued a new warning urging member banks to implement the new SWIFT software by 19 November.

The latest version of SWIFT’s software implements new security features specifically designed to defeat such kind of attacks. The authentication processes have been improved such as the implementation of mechanisms to early detect fraudulent activities.