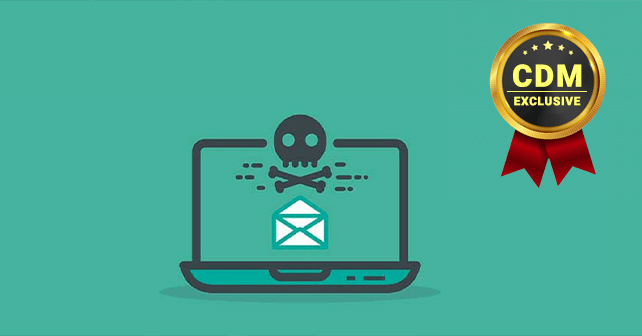 In the twenty years since a University of Minnesota computer came under attack from a network of over 100 computers infected with a malicious script, three things have seemed certain in life-death, taxes, and that Distributed Denial of Service (DDoS) attacks would continue to steadily grow in size, scale and impact.

From that first instance on, DDoS attacks seemed to adhere to a “grow always in all ways” philosophy. Attackers would exploit vulnerable machines – or, in recent years, insecure IoT devices – to launch a coordinated botnet against the target, the objective being to disrupt or block business traffic.

Revered for their ability to deliver blunt force trauma, DDoS attacks are capable of overwhelming even the mightiest Fortune 500 company, causing untold impact to a business’ infrastructure and operations. As companies began evolving their cybersecurity mechanisms, a funny thing happened—DDoS attacks began to evolve, too.

A recent analysis of DDoS attack patterns found a clearer and more pronounced affirmation of a few recent trends – a steady increase in the number of vectors being used by attackers, and an increase in the volume of small attacks sized 5 Gigabits per second (Gbps) and lower. For perspective, the kinds of massive attacks that make the news are typically above 100 Gbps.

As counterintuitive as it may seem to go tiny, attackers have recognized that small, targeted DDoS attacks can evade an organization’s defenses by coming in below the threshold where defenses are triggered. By remaining below this threshold, an attack might continue on for a long time undetected. While it may seem like an oxymoron to some, the ability for bad actors to narrowly target their DDoS attacks is becoming more and more precise. As the target becomes smaller, less traffic is required to bring it down. Smaller DDoS attacks can narrowly target the weakest link in an organization’s infrastructure, degrading the performance of a specific business application or damaging a single API to harm an organization via the death by 1,000 paper cuts approach.

The volume of attacks sized 5 Gbps and below increased by 158% in Q2 of 2019 compared with the same quarter last year – the single area with the highest percentage of growth. Additionally, over 75% of all attacks mitigated by Neustar last quarter were sized 5 Gbps or less.

What’s more, a survey conducted this quarter by the Neustar International Security Council (NISC) found a staggering 72% of senior cybersecurity leaders and decision-makers were not confident in their organization’s ability to notice a smaller attack. To protect against increasingly precise and inconspicuous DDoS attacks, businesses must deploy best practices to ensure that they are defending the infrastructure that is most valuable to their business. So how do you as an executive defend your business against these attacks?

Although supermassive DDoS attacks that overwhelm a target with a tidal wave of network traffic aren’t going away, some attackers have traded in the sledgehammer and embraced subtlety. They have found ways to launch attacks that are small enough to evade standard DDoS protection and precise enough to target a single weak link in an organization’s infrastructure. Until we see drastic changes in the way communications are handled on the internet, DDoS attacks large and small will remain formidable. But by understanding where you are at risk around critical business operations, knowing how to protect them and maintaining an active awareness of what IoT devices are being managed, you will put your company in a strong position to weather DDoS attacks, regardless of size or complexity.

Rodney Joffe, Senior Vice President, Senior Technologist and Fellow, Neustar. Rodney Joffe serves as a Neustar Senior Vice President and is a Senior Technologist and Fellow. His accomplishments include founding the first commercial Internet hosting company, Genuity, as well as the first outsourced and cloud-based Domain Name System (DNS) company, UltraDNS, where he invented Anycast Technology for DNS. Joffe has served on a number of the U.S. government’s cybersecurity intelligence panels and was the leader of the groundbreaking Conficker Working Group. He is one of the first civilians to receive the Federal Bureau of Investigation (FBI) Director’s Award due in no small part to his role in uncovering and taking down the Butterfly Botnet. He has also been honored with the Mary Litynski Lifetime Achievement Award from M3AAWG, the global Messaging, Malware, and Mobile Anti-Abuse Working Group, and was most recently publicly recognized for his years of work and dedication in helping protect against cybercrime, winning The Computing Security Award for his contribution to Cyber Security in 2018.

Joffe is also the chairman of the Neustar International Security Council (NISC), which is comprised of an elite group of cybersecurity leaders across industries and companies who meet regularly to discuss the latest cyberattack trends.