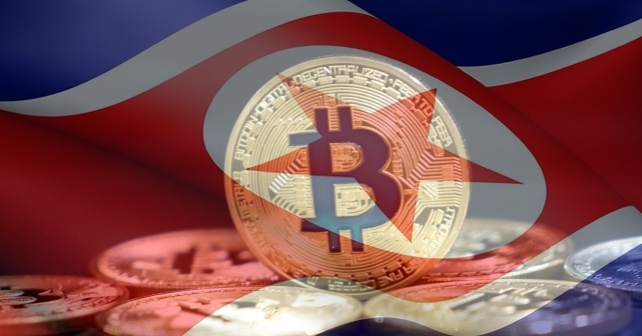 RiskIQ collaborated with Proofpoint Cyber Security on research for a report published todayinvestigating the activities of North Korea’s Lazarus Group, which highlights the group’s recent focus on cryptocurrency investors and exchanges. Earlier this year, the activities of the Lazarus group in South Korea were discussed and analyzed, as they managed to compromise accounts on various South Korean cryptocurrency exchanges. More recently, they were seen targeting a United Kingdom-based cryptocurrency exchange. In this blog, we will show and explain our analysis of the infrastructure used in the attack described in the Proofpoint report.

The domains shown above appeared in our crawl data, meaning we had a full copy of the webpage and any metadata present on it. We’ll take a look at xn--bitcingold-hcb.org which, in our data, looked identical to the genuine site:

Above, the fake page set up by the Lazarus group is on the left. Note the download button and pushed down ‘Roadmap button,’ which do not appear on the official site on the right, which has a logo and roadmap button instead. The actors copied the index page from the official Bitcoingold website and modified it, but they still link to the CSS, Javascript, and image resources of the official website, which we can see in the source of the page:

The information above is really valuable to our investigation. As RiskIQ stores host pairs for sites that point to each other in a parent or child relationship. We can call upon this data set for the official Bitcoingold website and see at least two of the fake websites in its parent Host Pair set:

Note: We filtered on parent relationships to see hosts that pointed to bitcoingold.org, not hosts bitcoingold linked to itself.

As reported by Proofpoint, the “download” button linked to a backdoored PyInstaller installation that was set up to download a version of the PowerRatankba implant. The button was linked via an onclick event to a JavaScript function:

The invoked script redirects the user to the file download:

Besides Bitcoingold, the Lazarus group performed the same kind of IDN ‘attack’ against the Electrum Bitcoin wallet website. The actors created the IDN website, xn--electrm-s2a.org, to serve as a fake software installation page similar to the Bitcoingold clone:

Interestingly, Lazarus left some information in the source of the page that shows that they used the ‘HTTrack’ website copier tool, as well as the date (Friday, November 17th at 03:27:29 GMT as per our crawl data) they copied the Electrum website:

Defenders with access to internet data collected by crawlers can detect unknown threats at the source and track how they change and spread. Correlating threat data extracted from a broad set of data sources across channels reveals the risk posed to an organization by a single piece of infrastructure—and how it’s used within a broader context. As can be seen from the above analysis, RiskIQ’s crawling infrastructure, indexed web data sets, and analyst-focused analysis platform allows organizations to quickly and effectively identify the scale of these strategic compromises and provide visibility that improves an organization’s ability to defend their network.

Interested in crawling specific parts of the Internet with RiskIQ technology? Now you can task our virtual users to work for you at scale. RiskIQ offers URL crawling through our Security Intelligence Services (SIS), so you can capture the same kind of data we used in this post. For more information and a quote, contact us today.

The following IOCs are those found by pivoting around the known hosts from the phishing emails and expanding our list this way. We have some suspected hosts that are potentially related to this campaign, but we don’t have proof (yet), these are not listed, but we will keep an eye out for any confirmed activity.

North Korea-linked threat actors stole $1.7 billion from cryptocurrency exchanges Bitcoin Soars but Will Security Risks Spark Greater Regulation? The Safest Ways for Bitcoin Trading Boffins found a bug in Apple AirDrop that could leak users’ personal info A 16-year-old bug (CVE-2021-3438) in printer driver affects millions of printers worldwide Conti ransomware gang exploits Log4Shell bug in its operations Over 3.2 billion emails and passwords hacked…find out if you are a victim and what to do about it… CD Projekt Red game maker discloses ransomware attack
December 20, 2017