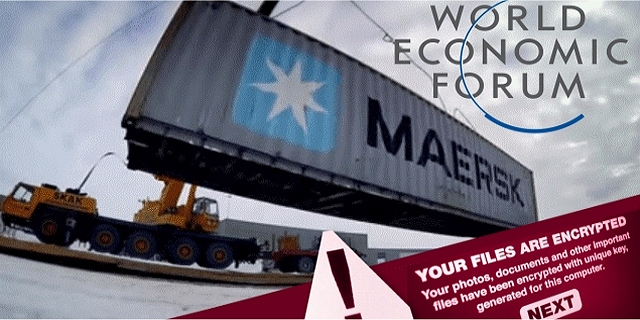 The shipping giant Maersk was one of the companies that suffered the NotPetya massive attack, in August 2017 the company announced that it would incur hundreds of millions in U.S. dollar losses due to the ransomware massive attack.

According to the second quarter earnings report, there were expecting losses between $200 million and $300 million due to “significant business interruption” because the company was forced to temporarily halt critical systems infected with the ransomware.

Now the Møller-Maersk chair Jim Hagemann Snabe has shared further details on the attack suffered by the company during a speech at the World Economic Forum this week.

Snabe explained that the attack forced the IT staff to reinstall “4,000 new servers, 45,000 new PCs, and 2,500 applications,” practically “a complete infrastructure.”

The IT staff worked hard for ten days to restore normal operations.

“And that was done in a heroic effort over ten days,” Snabe said.

“Normally – I come from the IT industry – you would say that would take six months. I can only thank the employees and partners we had doing that.”

Snabe defined the incident as a “very significant wake-up call,” a strong security posture for a company is essential for the development of its business.

Snabe pointed out that Maersk was the victim of the militarization of a cyberspace, the damages were caused by a cyber weapon used by a foreign government to hit Ukraine.

Maersk ship docks worldwide every 15 minutes, unloading between 10,000 to 20,000 containers. The effects of the attack were dramatic and only the heroic effort of the staff that manually restored the normal situation allowed to contain the damages.

Snabe claimed only “a 20 per cent drop in volumes,” and described the efforts of its IT staff as “human resilience”.

Snabe is aware of the risks for companies that operate on the Internet and urges an improvement of infrastructure.

“There is a need for a radical improvement of infrastructure.” he said.