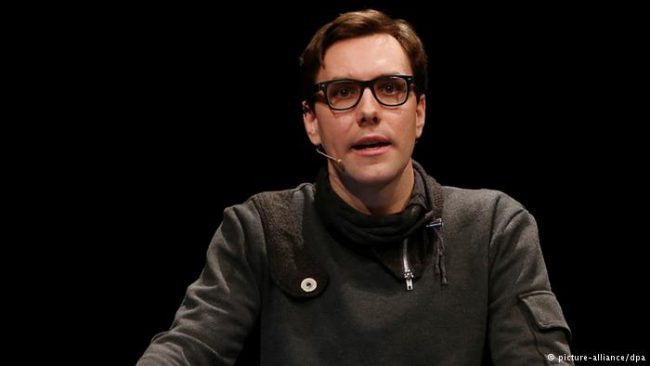 Appelbaum is recognized as one of the most active and influential digital advocates and security researchers. He is one of the few reporters to have had a preview of the NSA secret documents leaked by Edward Snowden.

The news is shocking and it is raising a heated debate on the veridicality of the allegations, someone is already claiming on a plot against the popular hacker that is very close to Julian Assange.

“Jacob Appelbaum leaves the Tor Project”, this it the title of the announcement published by the Tor Project, that confirmed the expert left the organization on on May 25 after “public allegations of sexual mistreatment.”

Tor Project officials say that one of their most public-facing developers and a member of the “Core Team,” Jacob Appelbaum, left the organization on May 25 after “public allegations of sexual mistreatment.”

“Long time digital advocate, security researcher, and developer Jacob Appelbaum stepped down from his position at The Tor Project on May 25, 2016.” states the Executive Director Shari Steele.

“Over the past several days, a number of people have made serious, public allegations of sexual mistreatment by former Tor Project employee Jacob Appelbaum.”

“These types of allegations were not entirely new to everybody at Tor; they were consistent with rumors some of us had been hearing for some time. That said, the most recent allegations are much more serious and concrete than anything we had heard previously.

We are deeply troubled by these accounts. We do not know exactly what happened here. We don’t have all the facts, and we are undertaking several actions to determine them as best as possible. We’re also not an investigatory body, and we are uncomfortable making judgments about people’s private behaviors.”

The Tor Project organizations confirmed that it hired a legal firm that specializes sexual misconduct.

“We have been working with a legal firm that specializes in employment issues including sexual misconduct. They are advising us on how to handle this, and we intend to follow their advice. This will include investigations of specific allegations where that is possible. We don’t know yet where those investigations will lead or if other people involved with Tor are implicated. We will act as quickly as possible to accurately determine the facts as best we can. Out of respect for the individuals involved, we do not expect results to be made public.

People who have information to contribute are invited to contact me. I will take input seriously, and I will respect its sensitivity.

People who believe they may have been victims of criminal behavior are advised to contact law enforcement. We recognize that many people in the information security and Internet freedom communities don’t necessarily trust law enforcement. We encourage those people to seek advice from people they trust, and to do what they believe is best for them.”

Security experts and privacy advocates hope that this story will have no impact on the Tor Project.