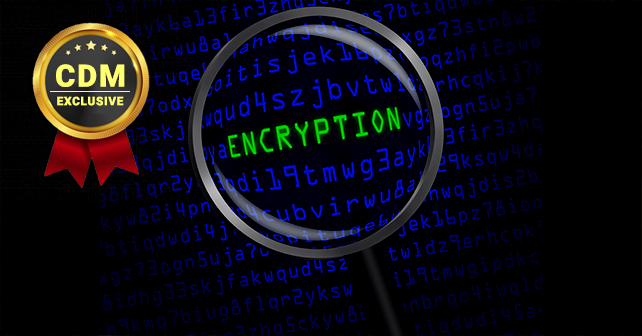 Is Your Encryption Flexible Enough?

The science of modern cryptography utilizes mathematics as the basis for transforming information into an encoded secret that cannot be decoded or translated without the correct key.  Encryption techniques are an essential cornerstone in the field of information security, whereby individuals, corporations, and governments wish to protect information and secure it from falling into the wrong hands.

In the United States, the National Security Agency (NSA) has established strict standards for encryption.  Today, block ciphers such as the Advanced Encryption Standard (AES), stream ciphers like RC4, and cryptographic hashing algorithms including SHA-256 are utilized worldwide as the basis for protecting everything from banking to medical records, to very ‘private’ messages on social media’s What’s App.

You may be surprised to know that the AES standard was established all the way back in 2001 and set as the US Government standard in 2002.  As recently as 2016, significant progress was made inefficiently attacking versions of AES; however, few new standards have emerged since.  Most of the world is still working from the same set of security tools that are approaching their 20th birthday.

So, if powerful standardized encryption methods have been easily available and essentially free to the public for decades, then why are there still so many hacks and data breaches that seem to be happening on a regular basis?

There are answers to this question:

Encryption can be extremely difficult to use effectively.

Encryption can be extremely difficult to use effectively.  If someone pressured you to hurry up and encrypt something right now, what would be the first tool that you reach for?  If you were charged with protecting an entire enterprise or organization, then what?  If you’re like many others, these questions could make you stop and think for more than just a few moments.  It takes a significant degree of technical expertise and know-how in order to effectively integrate encryption into regular business operations and workflows.

Ciphers are generally rigid and single-purpose-driven.

Ciphers are generally rigid within their specified modes of operation and could be characterized as purpose-driven.  For example, there is a reason that Daniel J Bernstein gained significant acclaim on the worldwide academic stage with his introduction of ChaCha20 and Salsa family of XOR-based streaming ciphers.  Simply stated, the AES standard (in its various modes of operations) and other block-ciphers like it are far less performant when it comes to handling streaming media.  Why else would it have captured the attention of big players like Google?  At the same time, hardware performance boosts available to the AES family of ciphers propel it ahead of ChaCha20 when it comes to large datasets and file-based encryption. AES encryption benefits massively from the inline hardware acceleration that is now commonly included in most Intel Chips.   In other words, one flavor of encryption does not fit all applications.

What if you could have it both ways?

What if you could have it both ways?  In 2019 Secure Channels Inc. launched the ground-breaking XOTIC™ cryptosystem; a hybridized streaming/block cipher with a “dialable” (user configurable) encryption strength.  With less than 1millisecond initialization time, XOTIC is more than 99% faster than AES-256 when encrypting small to modestly-sized data, and blazes past ChaCha20 when encrypting streaming media.  XOTIC operates at a minimum of 512bit strength and can be easily “dialed-up” to extreme levels, leaving behind all other block cipher encryption algorithms.

Flexibility is an essential aspect and goal in next-generation encryption.

Flexibility is an essential aspect of modern computing platforms and XOTIC delivers on that challenge.  XOTIC has recently been deployed to the general public as an email encryption plugin for Microsoft Outlook Office 365, a Windows shell-integrated ZIP utility, and an encryption-as-a-service website.  It’s been embedded into hardware used by the Hollywood film and entertainment industry, as well as into discrete military applications.  Later this summer, XOTIC will be deployed and made available for download at the Apple Store in IOS native apps, Google Play for Android.  Products scheduled for release in 2019 even include a ground-breaking new streaming video communications platform.

There’s really no true privacy without a better encryption model.

Did you know that when you initiate an online chat or video-call with many of today’s popular instant-messaging apps, you are actually only establishing standard (mathematically reversible) PKI-based encryption keys once?  Many apps do this only at the time an application is started.  This begs the question, “how many different people did you chat with while your instant messaging application was open?”  Knowing that all of those ‘private’ conversations are taking place on the same breakable asymmetric cipher leaves us feeling uneasy.  This is in part what prompted Secure Channels to deploy XOTIC into streaming chat apps.  Faster XOTIC encryption enciphers (and generates new keys) for every individual video frame and an audio packet of a high-definition video contained in a streaming online chat conversation, and without any loss in fidelity.  The difference in the level of security protection compared to other chat apps is geometric, and yet the call quality remains just as crisp as if no encryption was happening at all.

So many new possibilities if we start with a next-generation XOTIC platform.

Perhaps most exciting, is that new forms of flexible encryption can now be constructed to ride on top of the XOTIC platform, ushering in an entirely new generation of possibilities.  “Wave Form Encryption” (WFE) has become a patented new methodology for streaming media that leverages the power of the variable strength encryption offered by the XOTIC cipher. Combining rapid key generation with variable strength encryption has enabled the never-before-possible – the ability to modulate encryption strength in real-time like a flowing sine wave.

Technologies like Wave Form Encryption will literally change the way we communicate.  Wave Form Encryption has applicability ranging from cellular phone calls to video-chat to firewalls to military/satellite and space applications.  Why would we leave the protection of modern data to a single static cipher from 2001?

The future of encryption technology is here.  The key to its success will be packaging it in ways that are easier and more accessible for consumers and businesses alike.  The ability to wield stronger and faster encryption technology without complexity will propel the market in the next decade.  Providing this type of access via multiple “Secure Channels” is our mission.

For more information on Secure Channels, please visit our website at www.securechannels.com.

Richard Blech, CEO of Secure Channels Inc. Richard Blech is an entrepreneur, investor, and innovator. His primary business focus is on data security, technology, and strategic alliances. As managing member of Imperium Management LLC, Richard actively invests in technologically advanced ventures. He has a discerning ability to determine market trends that are not only lucrative but also pave the way to technological advancement across the globe. As a resolute advocate of disruptive technology, Richard Blech holds vested interests in cyber-defense and digital content. With cyber-crime breaches now reaching epidemic proportions, Richard’s objective is to turn the ever-evolving digital world into a risk-averse space that allows everyone to function securely within their ecosystems. As CEO of Secure Channels, Inc., Richard is leading the company to be a leader in enterprise data protection through the development of innovative encryption and authentication based technology solutions. Richard can be reached online at (contact@securechannels.com, @RichardBlech, https://www.linkedin.com/in/richardjblech/ ) and at our company website http://www.securechannels.com/