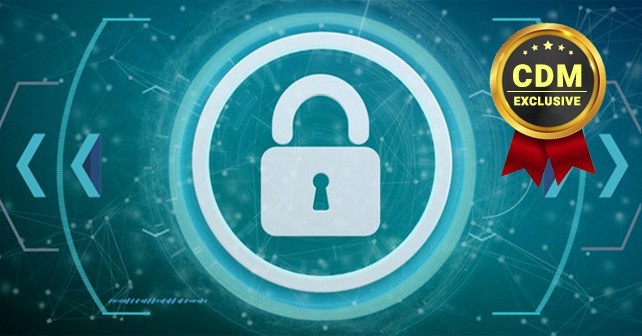 When we say an offense we would mean any kind of criminality being a transnational crime, human trafficking or act of terrorism. In its essence, any sort of crime would cause harm to its victims and bring some sort of illegal advantage to the offenders. Some types of offenses such as family violence, homicide or rape would mostly rely on the irrational drives and they would cope with the emotional satisfaction to the criminals who would feel some kind of personal advantage committing such an offense. Indeed, in such a case – the victim would suffer harm, but the offenders would not get anything being material or financial in return – they would only feed their need for some feelings.

The similar situation is with the stalkers who are usually led with their psychopathic desires and who would commonly feel some sort of power thinking about their victims and getting somehow interfered with within their everyday activities. Even if anyone wants to stalk some person – he would need to get the way to obtain such intent. For instance, so many psychotic individuals would use emerging technologies in order to maintain contact with their targets. For instance, they would monitor their e-mail and social media accounts, deal with their text messages and phone calls or even trace the GPS signal of their cell devices. In other words, those sorts of people would not get any kind of obvious advantage, but they would feed their obsessive and so controlling personalities.

The fact is those guys would believe they got the power over someone and even if they hear your voice on the phone call or see your ongoing location on their screen – they would believe they got you in their hand and, apparently, the victim could cope with some sort of fear knowing that he is stalked which would feed the obsessive maniac more. In so many legal systems, the Police Forces would see the stalking as some kind of abuse to someone’s safety and security and once processed and arrested those kinds of persons with the obvious mental concerns would get the heavy punishment. On the other hand, even the other offenders such as drug smugglers, human traffickers and terrorists would count on cyber technologies and hacking services which would support them to track the governments and their law enforcement and intelligence agencies in order to remain updated about the cases getting run against them which could be the huge threat to their interests as well as the entire life in the freedom.

The offenders are getting more and more skillful

In our opinion, the crime has become so competitive business and even the persons committing the armed robbery would need so many skills in order to organize their offense. For instance, those folks would need to make the perfect plan demonstrating some planning skills, also they would need to deal with the logistics capacities and so frequently they would be in the amazing physical shape exercising in the gym and practicing shooting in some public or private shooting club. Further, those folks would cope with the outstanding communications abilities relying on new technologies that would offer them the chance to gather some findings before they make a decision to attack. In addition, it’s not the rare case that the robbers would cope with the drug-related issues for a reason they would usually use some kind of doping while they are at or escaping from the crime scene.

On the other hand, modern crime would be teamwork and it’s so uncommon that the offenders would deal as the lone wolves. Even if it could appear that someone would commit the crime independently – the skillful investigation would show that such a person got some sort of support from the background and normally spent some time planning and organizing such an activity. Even the terrorist groups would share their ideology and beliefs on the web and their lone wolves would use those findings to support such an organization. In other words, there are so many different motives why someone would choose to do any offense on and – in one case or another – the criminals would want to feel the power over someone either doing so for the money or any kind of personal satisfaction.

Everyone is capable of doing so many different things

It would appear that the modern offenders got so multi-skilled and the professional criminals or terrorists would get capable to do so many different things at once. Therefore, it may seem that the offenders of today would not get specialized for only one sort of criminality, but they would rather select to make the mix of the offenses during their daily routine. So many current security experts would agree that the ongoing offenders would be somehow hybrid and they would get capable to obtain so many diverse actions. This may appear as quite alarming to the defense community for a reason they would also need to get well-prepared and aware of any of the possible criminal schemes and scenarios. In other words, any security professional should deal with plenty of skills and the experience would suggest that is the fact in the practice, so far. So, the next generation of offenders needs the new generation of security officers who could manage such cases and consequently – resolve them so effectively and intelligently.

The need for much more updated law framework

The current situation in the world is more like that so many legal regulations would not get capable to follow and recognize the current tendencies in criminology. The fact is the offenders would use the globe as their playground and if some offender gets in hands of some law enforcement agency – it would not necessarily mean he would get deported to the country he committed the crime for a reason that justice system would not recognize so as a crime. In other words, it’s so important to think about the good international collaboration amongst the defense and intelligence agencies across the world, because that’s how we can fight the crime better, smarter and more effective. Also, it’s significant to take into consideration the standardization of the law enforcement systems for a reason only as united we can count on the better results in the security.

In the background of everything is a new technology

The point is that nowadays we would get so dependable on the cyber technologies and such a fact should get the part of the majority of the laws, defense training and justice system requirements. In other words, if the offenders are able to do many things at once – the good guys should also get multi-skilled and capable to understand their missions within their communities. The new time would look for more demands and through their service, the good defense officers would learn how to cope with those requirements as well as follow the procedures and best practices, so far. Finally, the modern technological environment is so intuitive to get used and even the 10 years old kid can learn how to become the hacker. Just try to imagine how it works in the world of adults and why we believe that the new technology is in the background of everything.

The experience would show that today’s offense is so hybrid and the logical question would be if we would need the hybrid defense in order to respond to such a trend. The answer to this question is quite obvious and indeed, the hybrid defense is not our need any longer – but rather our reality. So many law enforcement agencies would get aware of that tendency and they would invest a lot of time and effort in order to train their people to cope with such demands. The defense is a team sport as well and some players could get specialized to play on some positions within the team, but they would not only get used to serving on the same task their entire career. They would mainly get shifted from one role to another in order to understand the complete security and get the competitive leaders one day. In other words, it’s all about the positive selection and the well-developed system that would support the hybrid defense to tackle any feasible hybrid offense on.

Milica D. Djekic is an Independent Researcher from Subotica, Republic of Serbia. She received her engineering background from the Faculty of Mechanical Engineering, University of Belgrade. She writes for some domestic and overseas presses and she is also the author of the book “The Internet of Things: Concept, Applications, and Security” being published in 2017 with the Lambert Academic Publishing. Milica is also a speaker with the BrightTALK expert’s channel and Cyber Security Summit Europe being held in 2016 as well as CyberCentral Summit 2019 being one of the most exclusive cyber defense events in Europe. She is the member of ASIS International since 2017 and contributor to the Australian Cyber Security Magazine since 2018. Milica’s research efforts are recognized with the Computer Emergency Response Team for the European Union (CERT-EU). Her fields of interest are cyber defense, technology, and business. Milica is a person with a disability.

Protecting SMBs from Current Cybersecurity Threats Redefining Digital Risk: 3 Considerations for Your Cybersecurity Strategy in 2021 How Next-Gen Identity Governance and Administration (IGA) Fits in with Your Hybrid IT Strategy Current Cybersecurity Weaknesses Will Result in Continued Data Breaches Transitioning to Remote Work: The Apps You’ll Need to Ensure A Productive Workforce HTML Smuggling: A Resurgent Cause for Concern Analyzing The Security Challenge of Hybrid and Remote Working Models SOCs to Turn to Security Automation to Cope with Growing Threats
October 4, 2019