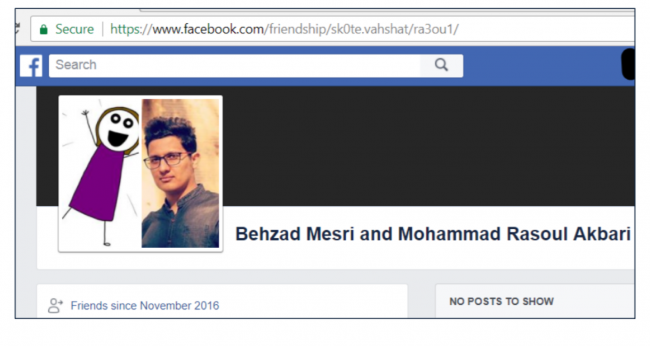 A new report published by ClearSky linked a man accused by U.S. authorities of hacking into the systems of HBO to the Iranian cyber espionage group Charming Kitten.

Experts from the security firm ClearSky have published a new detailed report on the activities of Charming Kitten APT group, also known as Newscaster and NewsBeef.

The Newscaster group made the headlines in 2014 when experts at iSight issued a report describing the most elaborate net-based spying campaign organized by Iranian hackers using social media.

Iranian Hackers used a network of fake accounts (NEWSCASTER network) on principal social media to spy on US officials and political staff worldwide, this is reported in an analysis done by iSIGHTPartners. The Charming Kitten group is also known for the abuse of Open Source Security Tools, including the BeEF.

The threat actor targeted numerous entities in Iran, the U.S., Israel, the U.K. and other countries. The hackers also hit individuals involved in academic research, human rights, and the media.

ClearSky detailed the group’s activities during 2016-2017, the report includes information related to the infrastructure used by the APT and to a new strain of malware dubbed DownPaper.

The report also linked the hacker behind the HBO security breach to the Charming Kitten, and reveals the identities of two other alleged members of the group.

The Manhattan US attorney Joon Kim said Mesri is “had previously hacked computer systems for the Iranian military”. The man threatened to release stolen data unless HBO paid a $6 million ransom in Bitcoin.

Prosecutors confirmed that the Iranian man was a member of the Iranian-based Turk Black Hat Security hacking group that targeted hundreds of websites in the United States and around the world.

“MESRI is an Iran-based computer hacker who had previously worked on behalf of the Iranian military to conduct computer network attacks that targeted military systems, nuclear software systems, and Israeli infrastructure.” continues the DoJ.

“At certain times, MESRI has been a member of an Iran-based hacking group called the Turk Black Hat security team and, as a member of that group, conducted hundreds of website defacements using the online hacker pseudonym “Skote Vahshat” against websites in the United States and elsewhere.”

“To sum up, the HBO hacker – Behzad Mesri is a member of Turk Black Hat along with ArYaIeIrAn, who provides infrastructure for Charming Kitten activity via PersianDNS / Mahanserver together with Mohammad Rasoul Akbari, who is a Facebook friend of Behzad Mesri’s.” states the report. “We tend to identify ArYaIeIrAn with Mohammadamin Keshvari, because the latter is the only other employee of Mahanserver and works in a company whose domain was registered by the former (and both have a similar and unique profile picture). We estimate with medium certainty that the three are directly connected to Charming Kitten, and potentially, along with others – are Charming Kitten”

Iranian hackers are becoming even more aggressive even if experts believe that they are not particularly sophisticated.

Recently we discussed the OilRig gang has been using a new Trojan in attacks aimed at targets in the Middle East.

OilRig is just one of the Iran-linked hacker crews, other groups tracked by security experts are APT33, Rocket Kitten, Cobalt Gypsy (Magic Hound), Charming Kitten (aka Newscaster and NewsBeef) and CopyKittens.