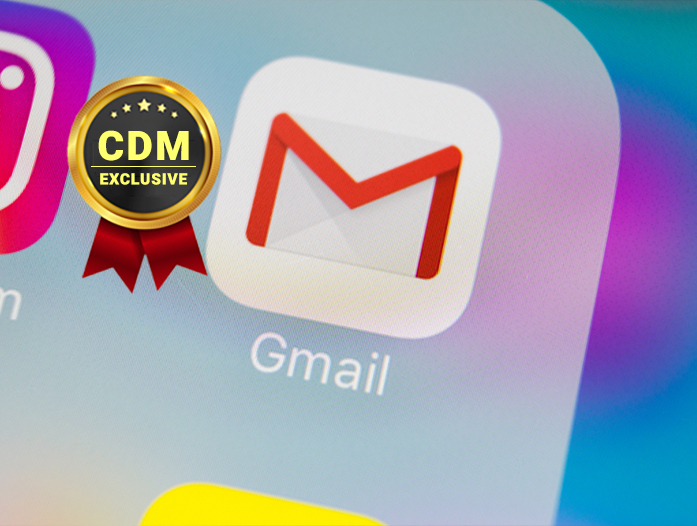 Google revealed that Gmail users from the United States are the most targeted by email-based phishing and malware.

A joint five-month study conducted by Google with Stanford University researchers analyzed over 1.2 billion email-based phishing and malware attacks against Gmail users to determine what are factors influence the risk of attack.

“However, by modeling the distribution of targeted users, we find that a person’s demographics, location, email usage patterns, and security posture all significantly influence the likelihood of attack.” reads the study published by Google. “During our measurement window, we find that attackers targeted, on average, 17.0 million users every week with hundreds of thousands of campaigns that last a median of just one day. These attacks follow a skewed distribution: 10% of phishing campaigns accounted for 76% of phishing attacks, and 10% of malware campaigns accounted for 61% of malicious attachments. Attackers broadly targeted users around the globe as part of their campaigns, with the majority of targets residing in North America and Europe. While 90% of attacks occurred in English, we show evidence that some attackers localize their efforts.”

Both phishing and malware attacks are bursty, experts observed the volume of attacks increasing by 500% at times from week to week. At its peak, the researchers observed 117 million phishing emails targeting 41 million distinct users during the week of May 11, 2020. 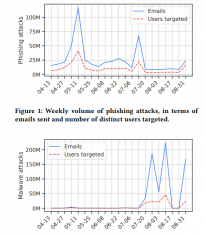 According to the experts, 89% of malware campaigns last just one day, while the median phishing campaign lasts three days or less. The short duration
a choice of the attackers to evade detection.

Other factors of high risk of being targeted by phishing attacks reported by the experts are: