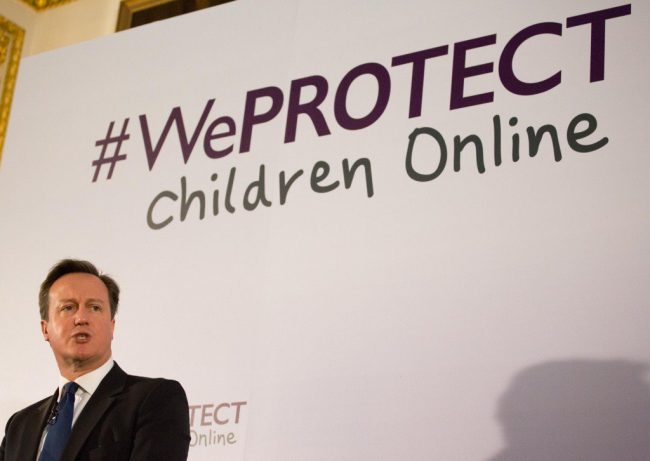 GCHQ and NCA hunting criminals in the dark web

The GCHQ and NCA join forces to fight online criminals in the Dark Web and formed a new unit called the Joint Operations Cell (JOC).

The dark web is a privileged environment for cyber criminals, the marketplaces hosted in this hidden part of the web are the right places where to buy and sell any kind of illegal service and product.

In the dark markets, it is possible to to find drugs, weapons, stolen data, and  unfortunately also child pornography. British law enforcement and intelligence agencies, including the GCHQ and the National Crime Agency (NCA), have created a new unit, the JOC, that will specifically address the cyber crime.

In fact, the British Government is always in the forefront in the fight to online child sexual exploitation, in December 2014 the UK Prime Minister David Cameron announced the plan for the creation of a unit of cyber experts that will be involved in the investigation of crimes exploiting the dark web.

Prime Minister David Cameron revealed that national intelligence agencies will join the efforts to track and arrest online abusers and pedophiles. The British Prime Minister anticipated that the British Intelligence will have greater powers for online monitoring of suspects.

British authorities warned that up to 1,300 children are exposed to online abuse from pedophiles, it is a moral and social obligation to fight this social evil.

Cameron explained the strategy of the British Government at the #WeProtectChildren online global summit in London, announcing the creation of a new unit composed by members from the GCHQ and the National Crime Agency (NCA).

One of the most difficult goals of law enforcement that operate against online pedophiles, is to track this category of criminals that makes large use of anonymizing networks like Tor.

“The so-called ‘dark-net’ is increasingly used by paedophiles to view sickening images. I want them to hear loud and clear: we are shining a light on the web’s darkest corners; if you are thinking of offending, there will be nowhere for you to hide.” Cameron said.

The JOC will have the ambitious plan to fight any kind of online criminal activity.

“The Joint Operations Cell will increase our ability to identify and stop serious criminals, as well as those involved in child sexual exploitation and abuse online. This is a challenging task as we must detect them while they attempt to hide in the mass of data. We are committed to ensuring no part of the internet, including the dark web, can be used with impunity by criminals to conduct their illegal acts.” explained the GCHQ Director Robert Hannigan.

The GCHQ and the NCA have a long story of collaboration since the creation of the NCA in 2013. The NCA Director General Keith Bristow explained that the Joint Operations Cell wants to be the response to the significant increase in online illegal activities.

“The explosion in online communication channels has brought huge benefits for society. It has also significantly expanded the means by which criminals can share information, plan crimes including the sexual exploitation of children, and target victims. The JOC is a genuinely innovative development, using the best of our respective agencies’ skills to tackle the most complex cases and the most dangerous offenders online.” said the NCA Director General Keith Bristow.

I have no doubt, the Joint Operations Cell will give a hard time to criminals.