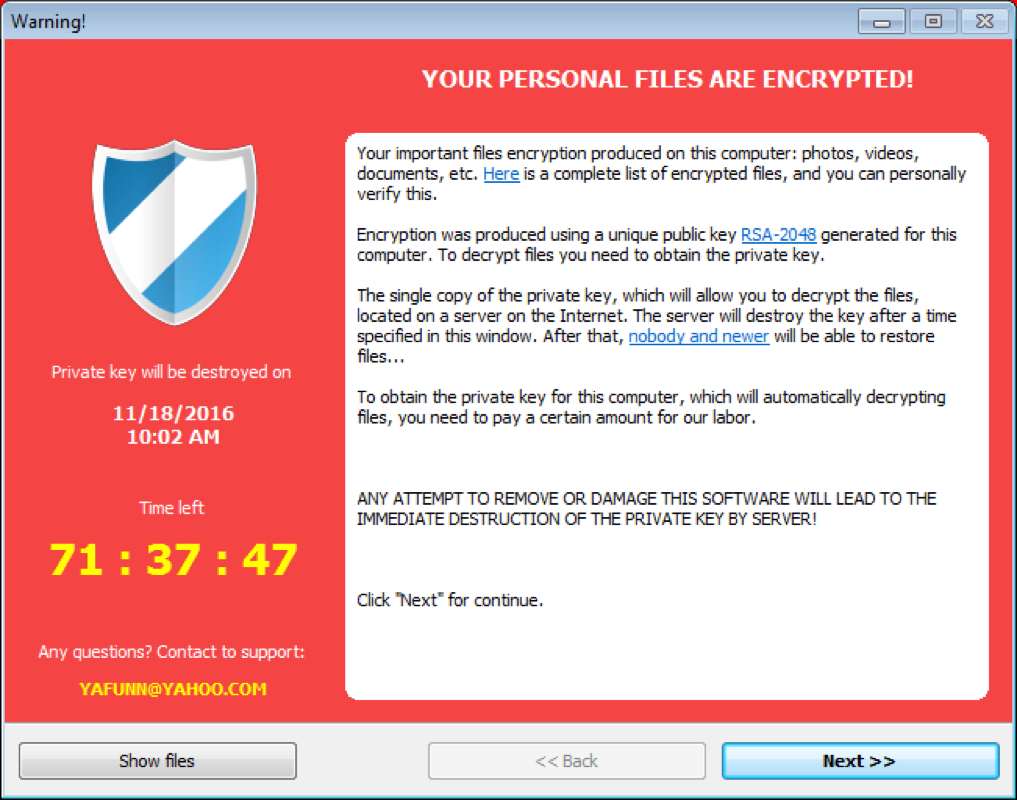 CryptoLuck ransomware is a new strain of malware discovered by the researcher Kafeine, that is being distributed via the RIG-E exploit kit.

The malware asks victims to pay a 2.1 Bitcoin (around $1,500) ransom within 72 hours in order to rescue the encrypted files.

The CryptoLuck ransomware is delivered through the RIG-Empire (RIG-E) exploit kit. Crooks leverages malvertising campaigns through adult websites, but likely they will adopt other infection vectors.

The ransomware is spread using a RAR SFX file which contains the crp.cfg, GoogleUpdate.exe, and goopdata.dll files, along with instructions to extract these into the %AppData%\76ff folder and to silently execute GoogleUpdate.exe.

The advantage for abusing the GoogleUpdate.exe is that is a legitimate Google program that is signed by Google.

The authors of the CryptoLuck ransomware have included a malicious goopdate.dll file in the package for the legitimate program to load into memory.

The CryptoLuck ransomware implements mechanisms to avoid analysis from security firms. It is able to determine if it is running in a virtual machine, and in this case, it halts itself. Once executed it scans all mounted drives and unmapped network shares for files to encrypt.

The ransomware uses an AES-256 encryption with a unique AES encryption key for each of file to encrypt. The key is encrypted with an embedded public RSA key and the resulting encrypted AES key is embedded in the encrypted file.

When the ransomware has completed the encryption of the files, it displays a ransom note that contains the instructions for the payment of the ransom.