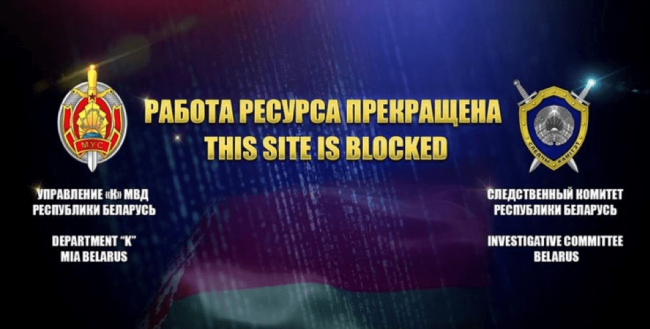 Ministry of Internal Affairs announced that Belarusian police have seized and shutdown XakFor, one of the largest hacking forums on the internet.

Belarusian police have seized the servers of XakFor (xakfor[.]net), a popular hacking forum a place frequented by hackers, malware authors, scammers and cybercriminals.

The news was first reported by the Belarusian news outlet Reformation.

“This resource has been revealed divisions on the fight against cybercrime and the Interior Ministry of Internal Affairs of Minsk region in the course of carrying out activities aimed at ensuring the provisions of the Information Security Concept of the Republic of Belarus ” , – said the deputy head of the management of the disclosure of crimes in the sphere of high MVD RB Lieutenant Colonel technologies Kirill Vyatkin .

“As a result, the Ministry of Internal Affairs and the IC joint efforts were able to close the site.”

Unlike other crime forums, XakFor was not hosted on anonymizing networks like Tor and I2P.

The seizure of XakFor has been announced by the Belarusian Ministry of Internal Affairs.

XakFor has been active since 2012, most of its visitors were Russian-speaking hackers and crooks. The site was considered the right place online where to find free malware or to buy not sophisticated malicious codes, including ransomware and RAT.

According to Belarusian authorities, XakFor had more than 28,000 registered accounts at the time of seizure that took place last month.

It was initially a closed invite-only community and was frequented by most prominent Russian hackers and crooks, later the admins decided to open registrations to all users. Then the vast majority of the visitors were newbie hackers that were starting their criminal carrier.

“The forum’s reputation changed accordingly, and in the past half-decade, XakFor became the Russian version of HackForums — an English-speaking forum populated by low-skilled hackers,”reported ZDNet.

Not all the malware was authentic, some of them were cracked versions, while others were backdoored.

Pink Botnet infected over 1.6 Million Devices, it is one of the largest botnet ever seen Top 100 Cybersecurity News Sites Hackers disrupted live broadcasts at Channel Nine. Is it a Russian retaliation? China-linked APT uses a new backdoor in attacks at Russian defense contractor Biden discussed Russian ransomware gangs with Putin in a phone call 58% of all nation-state attacks in the last year were launched by Russian nation-state actors Russian government claims to have dismantled REvil ransomware gang Understanding Russian Hacking Tactics to Power Up Security in the Energy Sector
September 10, 2019