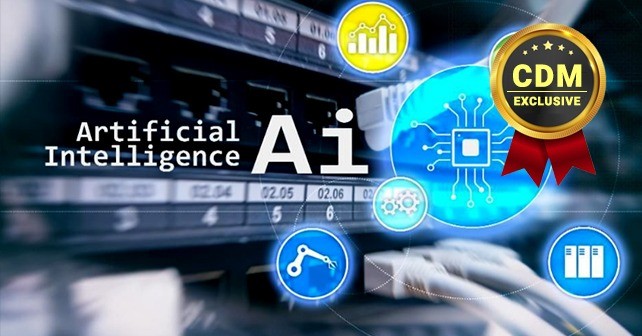 Artificial Intelligence in Cybersecurity… Is The Glass Half-Empty or Half-Full?

A brief interview summary from the Digital Transformation EXPO Europe 2019

London, England – There’s a tremendous amount of buzz surrounding A.I. these days. Some believe it will present us with innovative solutions to a myriad of problems, others believe it will signal the demise of all mankind. In an effort to learn more about the current state of this exciting technology, and cut through the noise, I jumped at the opportunity to listen and learn from Galina Alperovich, senior machine learning researcher at Avast, during the Digital Transformation EXPO Europe, currently in its 15th year of congregating the most influential innovators and practitioners from around the globe.

Avast uses a network comprised of hundreds of millions of sensors (their end-users) that funnel data into the company’s A.I. system, in order to detect and defend against cyber threats. “For cybersecurity, A.I. is super important,” according to Ondrej Vlcek, chief executive officer of Avast. “A.I. is a great tool for cybersecurity to provide better defense and protection against attacks.”[1]

Sounds pretty good, right? But with all these doomsayers spreading concern about intelligent machines overtaking humanity, it’s no surprise that people are raising an eyebrow (or two) over the implementation of A.I. in systems and networks that have become part of our everyday lives. The real question is: how does artificial intelligence compare to human intelligence?

“[A.I.] is very task-specific,” Alperovich assures me. “A.I. algorithms are much better in computational tasks than humans, and much better [at making sense of] any unstructured data set. For example, in audio, or images, or using some complicated signals, because humans are not really good at estimating probabilities and making those calculations.” She continues, “but there is no ‘general [A.I.] algorithm’ that is capable of doing just any task!” In order for A.I. algorithms to work, humans must provide specific data, but providing multiple data sets with different purposes will simply confuse the machine.

The human brain is almost unfathomably complex, with an uncanny ability to rewire itself and restructure neural pathways to make sense of incomplete information. “This plasticity, and how it works, is [the brain’s] very big secret, and it has nothing to do with deep neural networks,” Alperovich emphasizes. “So, people should not confuse deep neural networks (like artificial intelligence) and our brain – they are two completely different things!”

So, how does this all play into the cybersecurity ecosystem? For emerging IoT technologies and the A.I. behind them to work, they need to be fed big data, and that can put people’s security and privacy at risk.[2] “It’s like a war,” according to Alperovich. “We come up with solutions for how to prevent some attacks, but the attackers are not like sleeping mice!” And as more and more connected devices are introduced and adopted by users across all industries, the cyber threat landscape continues to grow dramatically. As Alperovich puts it, “It’s a completely new market for attackers, how to attack all these very weak devices without built-in security.”

Using machine learning and artificial intelligence might be the optimal solution for addressing the ever-increasing vulnerabilities we face on the digital frontier, but what about the dangers seemingly inherent in putting our trust and faith in “intelligent” machines? Ultimately, it comes down to us. Alperovich puts it plainly, “It’s people who make a final decision on how to use AI, for the purposes of good or evil, not AI itself. “ The technology itself is agnostic – the end result of its implementation will be determined by what kinds of regulatory, legislative, and strategic choices are made during its development.

Back in 2016, Avast famously welcomed legendary chess champion, Garry Kasparov, to their team. Kasparov made history in the late ‘90s when he battled the IBM Deep Blue supercomputer in a series of chess matches, and joined Avast as their Security Ambassador. He speaks at events around the world about the benefits and potential pitfalls of artificial intelligence. “Maybe it’s not very clear how chess and A.I. are connected at all,” Alperovich explains. “What researchers often do is train A.I. to play games because [in order] to play a game such as DeepBlue, AlphaGo and AlphaZero, you need to have all the strategic thoughts, it requires planning, and you need to consider all these combinations [of outcomes], and so on.” Naturally, since A.I. development is similar to a grand chess game, Avast sought the best chess player and strategist in the world to join their team – not a bad idea!

When it comes down to it, our fate, as it relates to artificial intelligence, is our own to determine. Is humanity capable of handling this quantum technological leap in a responsible manner? Or will we abuse and corrupt it, like we have done so many times before? Only time will tell.

Is your glass half-empty, or half-full?