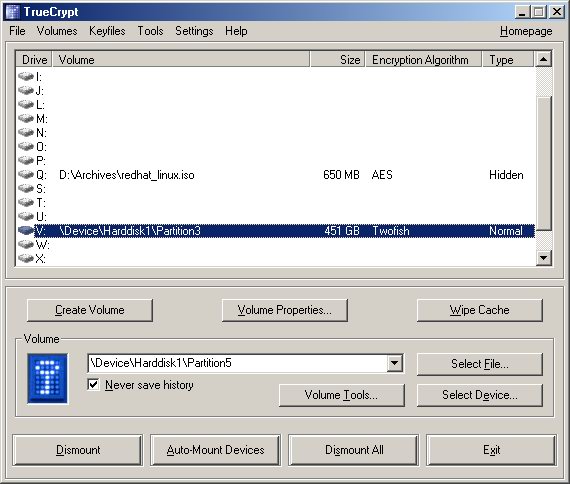 Are you still using TrueCrypt? Beware of these 2 critical flaws!

The popular security expert James Forshaw has discovered two critical flaws in the driver that TrueCrypt installs on Windows systems.

Bad news for Windows users who have decided to use TrueCrypt to encrypt their hard drives, the researcher James Forshaw, a member of Google’s Project Zero team, has discovered two serious vulnerabilities affecting the popular application.

Despite the development of the TrueCrypt has been interrupted in May 2014 by its developers, the application is one of the most popular application for the encryption of user data.

The original authors of TrueCrypt warned users about the possible presence of “unfixed security issues” and invited them to switch to BitLocker, the full-disk encryption feature implemented by Microsoft.

James Forshaw has discovered two flaws in the driver that TrueCrypt installs on Windows systems.

It is curious to note that none of the previous audits has uncovered of these flaws in the TrueCrypt application. In particular, a team of researcher conducted an analysis that lasted two years and that was arranged in two distinct phases. In the first phase the experts analyzed the blueprints of the software and discovered only 11 issues of medium and low severity in the software.

In the second phase, that was recently terminated, the experts examined TrueCrypt’s implementation of random number generators and critical key algorithms, and several encryption cipher suites.

Security Auditors and Cryptography Experts at NCC decided to analyze TrueCrypt software in response to documents leaked by Edward Snowden that hypothesized the presence of a backdoor in the application.

“TrueCrypt appears to be a relatively well-designed piece of crypto software,” cryptographic expert Matthew Green explained in a blog post. “The NCC audit found no evidence of deliberate backdoors, or any severe design flaws that will make the software insecure in most instances.” “You can find the full report over at the Open Crypto Audit Project website. Those who want to read it themselves should do so. This post will only give a brief summary.”

At that time, the experts discovered four different vulnerabilities, but none of them could be exploited by attackers to compromise TrueCrypt. The vulnerabilities and related severity are listed below:

Now, Forshaw explains that an attacker can exploit the vulnerability to obtain elevated privileges on a system if they have access to a limited user account.

Forshaw hasn’t disclosed the details about the two vulnerabilities because he intends to wait seven days for the discovery or the release of a security update to fix the issue.

@v998n @VeraCrypt_IDRIX I don’t tend to open up security bug reports until 7 days or so after the release of the patch, just in case 🙂

Who will fix the flaws in TrueCrypt?

For sure the bugs won’t be fixed by the original authors however the vulnerabilities (CVE-2015-7358 and CVE-2015-7359) appear to have been fixed in VeraCrypt, a spin-off of the TrueCrypt original project.

VeraCrypt 1.15 that was released last week contains the patches for the two vulnerabilities discovered by Forshaw, as well as for other bugs.

Users who still use TrueCrypt should start to use VeraCrypt to avoid problems, its developers have already fixed many security issues affecting the original software.